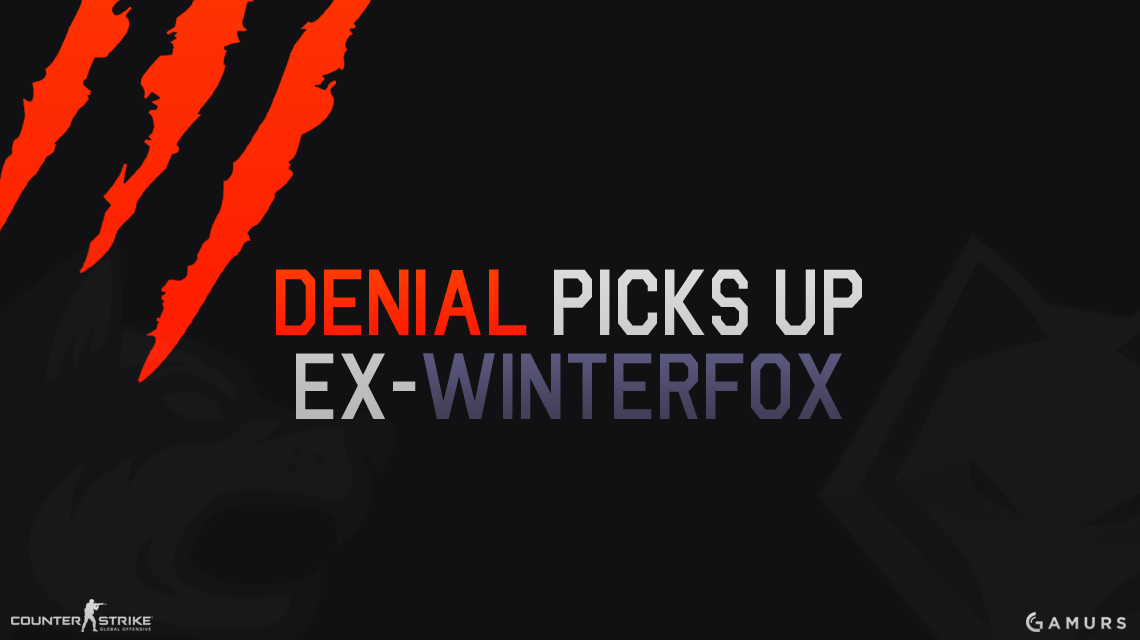 Earlier today, DenialeSports announced that they have picked up ex-Winterfox’ssquad, who recently departed from their organization.Denial’s new squad has a mixture of players ranging fromNorth America to Europe.

The team hasn’t had asquad since March 10, but that squad left the organization in lessthan three weeks. That former squad became Ze Pug Godz, who are noweUnited. While having this lineup, Denial saw no accomplishments.Their new squad, on the other hand, has seen an accomplishment. Inlate June, the team qualified for CyberPowerPC Summer 2016 ProSeries with $15,000 in prize money. Sadly, the team will not beattending the tournament for unknown reasons. They were removedfrom the tournament and replaced by either Echo Fox or SelflessGaming.

The new squad will be living ina team house out in California. There they will be working on theirchemistry and teamwork, and they will be preparing for theirupcoming competitions: MTW Premier League, ESWC 2016 Qualifier, NAMajor Qualifier, E-League Qualifier.

The captain of the team, David“XP3” Garrido, said a statement that shows he’sexcited to be under this new organization in their announcement.

“I’m excited to beplaying with my long time teammates Anger and FlowsicK,” Garridosaid. “I’m also looking forward to work with some familiarfaces in Denial and last but not least, I cannot wait to startplaying with our new additions from Sweden! It’s time for usto get back to work and show what we are made of.”

What do you think about Denial’snew CS:GO roster? Let us know by commenting below or tweetingus @GAMURScom.