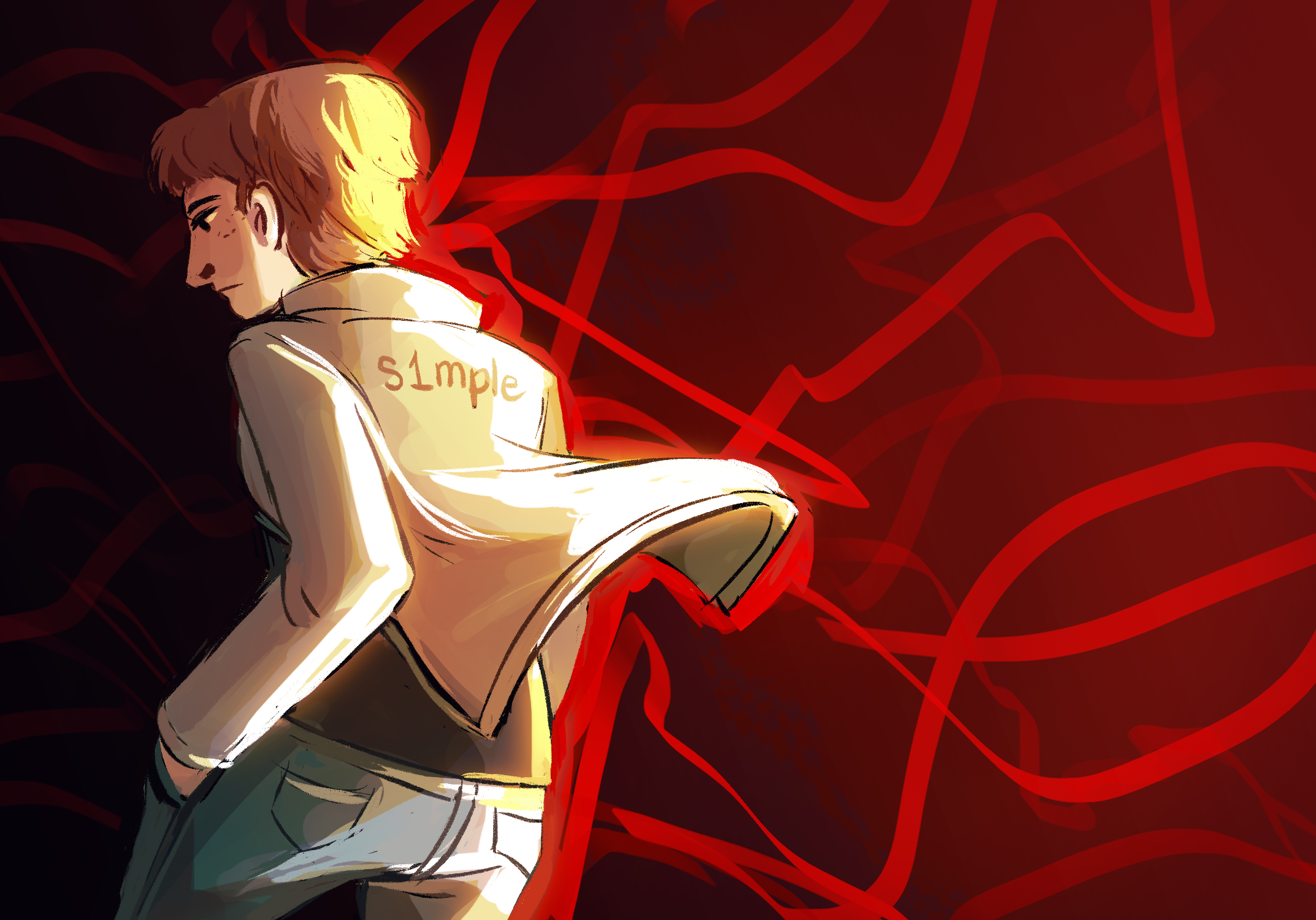 Dear s1mple,
You’re one of the most skilled Counter-Strike: Global Offensive players in the world and one of the most talented individuals I’ve encountered in my 15 years in esports, yet the position you are stuck in right now is entirely one of your own making and that’s what we need to discuss.

Alongside your talent, I know you’ve worked diligently to develop your skills so that you can perform on demand in big games, as star players should. That level of ability could have you playing on a team capable of winning majors and being the number one ranked team in the game, yet you’re not even close to playing in a major again and most people would not even know your teammates were it not for you joining them now. It doesn’t have to be this way and I’ll explain why.

Perhaps you saw my video about you leaving Team Liquid, where I set out ways your previous organisation could have accommodated you better and built their squad around you. In that video, I outlined the heavy reward for overcoming the risk of having you on the team, because I know that if people understood that then they would be more willing to make concessions and work with you, as opposed to seeing you leave again when things get too difficult for you or your teammates to deal with.

As I mentioned in that video, even if you wanted to return to Ukraine and see your family again and play on a CIS team, it’s also the case that the majority of your teammates on Team Liquid wanted you gone. That’s despite you almost carrying them to the final of a major, a mark of greatness no North American team has or had ever accomplished. Before that, you were on FlipSid3 and hard carried them into relevance and made them look capable of upsetting top 10 ranked teams. Yet those teammates also practically cheered when you left and hurried to tell the world that they would rather play without you.

It says a lot that so many of your former teammates are glad to see the back of you and prefer to play without you, even if it means they will never have the chance to accomplish as much or be as good, as a team, again. That’s so rare for a star player in this game. Most former teammates of great players look back joyfully at the privilege of getting to play with a truly gifted individual and help him succeed. Why do you think that is not the case for you and your former teammates? The way things have been up until recently doesn’t have to be the way they continue to be.

Perhaps when you were 17 we could put your angry outbursts or frustrations down to youth. It’s quite well known that the young often lack discipline or patience, wanting their circumstances to improve instantaneously and others to accommodate their wishes. As a result, I acknowledge you have made progress in refining your personality within the team environment and when it comes to interacting with your teammates, but I can tell you that your progress has neither been enough nor will allow you the success you seek right now. The primary limiting factor to your success is you.

Think about that last sentence for a moment. For a player like Shroud, the limiting factor has been being able to consistently perform offline the way they perform online. For device and Kjaerbye, so long they struggled to overcome anxiety in big games. For NiKo, he has the complete package as an individual, yet lacks the right teammates to unlock the success his ability deserves. You have none of those problems; you are able to play to your highest level in an offline setting and have directed your will to an extent none of us worry for your confidence as a player. What’s more, you have had quality teammates, particularly at your last organisation.

Your anger and frustration are not excuses, they are problems which require solutions. They are sicknesses which require treatment. Perhaps you’ll never be in perfect health, to continue that analogy, but with work you can become much better and approach a normal emotional state, in contrast to your teammates. You must work to master your emotions just as you have worked to master your skills in the game. Think of the thousands of hours spent playing, refining your technique and learning how to play your style. That kind of dedication and single-minded drive is needed now on the topic of your social skills.

Judging from your past efforts to improve this area of your person, I’ve noticed you have sometimes gone down the path of thinking that being a good teammate means lying to yourself or others that all of your teammates are good players and capable of great performances. That’s a misguided approach at best and ignores the problem of how you relate to these individuals and, more importantly, how you can help make them better.

They won’t improve because you tell them they’re great or you shout at them for being bad. One is simply dreaming and the other is likely to make them perform worse, due to anxiety and resentment. You have the power to make your teammates better players than they have ever been before and they have the power, as a result, to become the facilitating pieces which can allow your talent to win championships.

Studies in both humans and animals have found that rewarding what you consider positive behaviour, as opposed to punishing perceived negative behaviour, is the most successful approach to increasing the consistency and frequency of that positive behaviour. Don’t tell your teammate he is good in a way he is not, simply to fuel his ego or shield him from feeling uncomfortable. Look for what he is actually good at and how that helps you and the team. Compliment him for that, encourage him to do that more and emphasise how much you appreciate that quality when you see him continue to display it.

There’s a fantastic documentary about the legendary professional basketball player Kobe Bryant I wish you could see, titled “Kobe Bryant’s Muse”. He was one of the most skilled offensive players in the history of the game, yet found himself stuck during his prime with a sub-par set of teammates and a reputation for being a bad teammate prone to rage and driving his teams too hard. Sound familiar? In time, he improved his social skills in that respect, got better teammates and was able to win two world championships beyond that difficult portion of his career.

In the documentary, he outlines that he had to learn that his teammates were not as skilled as him and thus not able to do the things he could or perhaps not as driven as him to succeed. What he had to learn was how to connect on a personal level with each player and find out the way they thought about their lives and their games. When he did this, he could communicate to them his own philosophy and how he saw the game. This approach allowed his teammates to understand his fierce competitive drive and take some element of that or tune into that frequency and apply it to their own, admittedly very different and perhaps less significant roles on the team.

Some of Kobe’s teammates were more passive personality types and, as in the cases of players like Pau Gasol and Lamar Odom, had even been known to be less dominant on the court than their skills should have allowed them to be. They never played better in their careers than during their time with Kobe, thanks to him helping them unlock their potential as competitors. For Kobe, he was never as great a player, in terms of success, as when he got these players to buy in to his philosophy.

Your teammates need your help to become facilitating pieces on a great team, just as you need their help to allow your talent to win the game, not just keep a lesser squad in a match against a top team. When you connect with them on this level, they will come to see you as a true ally, someone fighting with them, for them and alongside them, not someone who they play with but have to be wary of. When that happens, the more nervous or less skilled among them will become more confident because they play with s1mple. Why should they worry about facing NiKo or coldzera if they know s1mple will take care of matching those star players? Then all they need to worry about is playing their role and contributing to the overall team effort. Do you see how you can make them greater than they otherwise would be?

I don’t want you to stop being competitive or trying to be the best.  I want you to turn that fire onto the opponents, not your teammates.  Let your drive be something your teammates can feed off and rely upon.  Let them know they’re going into battle with the biggest gun because they’re playing with s1mple.  Let the stories years from now be about how special it was to play with you and the incredible things you could do in this game.

I admire talent, but I revere greatness, because I have an appreciation for what it takes to become great.  Right now, you are headed down the path of being remembered as a talented player who “could have been” a great champion. People will say if you had found the right teammates or had a little luck then maybe you’d have won those trophies. Fuck that narrative!  The power to accomplish your goals lies in your hands. Change that which you have control over and you will force the hand of chance in your favour. Do these things and destiny cannot deny you what is rightfully yours. Now, are you ready to become a champion?