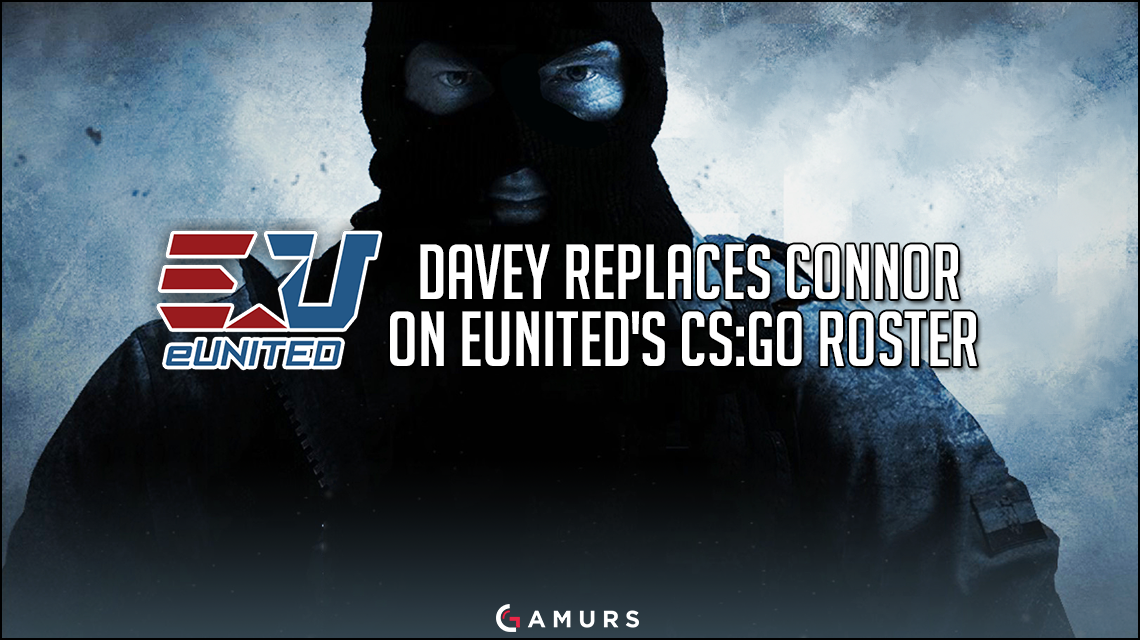 eUnited, a North American esports organization, posted on Twitter that David “DAVEY” Stafford will be joining their Counter-Strike squad.

We are happy to announce the addition of @daveycsgo to our Counter Strike program!

The ex-Splyce player will be replacing Connor “CoNnOrRr93” Glover, who left the team three days ago and joined a small ESEA team called “Bee’s Money Crew.” eUnited last placed top-six at the CEVO NA Main Division of Season 11 and they are looking forward to better results with their new squad.

The full eUnited roster is now as follows:

What do you think of the new addition? Let us know in the comments below or @GAMURScom.