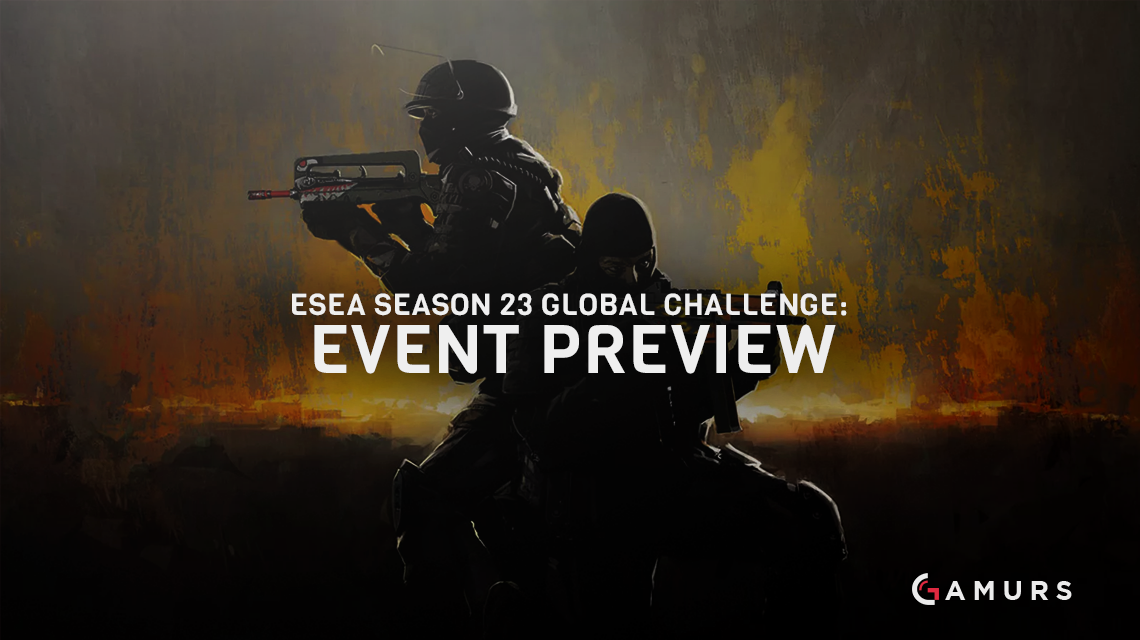 As a push to highlight more talent in the ever-growing competitive scene of Counter-Strike, we will be providing some coverage of the ESEA Season 23 Global Challenge. The eight teams attending are certainly on the rise and come from all stretches of the globe. The teams attending are as follows:

Rouge has a few familiar faces on its lineup. They have been knocking around the park for a while now and are finally starting to make ends meet. Recently, they took down GODSENT in a best-of-three, winning Overpass in an overtime 19-17 and Dust 2 16-14, to steal the series.

LDLC, and in the case of one it’s players, have been at the very top of the world before. This lineup, however, is one who still has much to the prove. Ex6TenZ and the team have looked fairly unstable, with wins against GODSENT, who sailed through to the major 3-0 in a best-of-three, but losses to brand new squads, such as ex-EnVyUs DEVIL’s team Queen Consolidated. They’ll have much to prove at this event, especially with the rumored French shuffle just around the corner.

I don’t remember a time when these names haven’t been in the lower tiers, scrapping with the new guys for a chance in the top 20. For whatever reason, they never make it the whole way. They have had some solid wins against FlipSid3 Tactics, and I recall a close win against Dignitas (now known as North), but in terms of consistent high-level wins, I can’t name many.

This tournament has a few obstacles for them. The Swedish-Belgium mixed team of Rouge and the multi-national team of LDLC should put up a fair fight, however, they should also be mindful (if you pardon the pun) of Tainted Minds, the Australian team, as they have looked pretty good in their homeland. Oh, and TSM is there too, not the lineup with ShaZham, but still a decent team.

TSM is a team that has constantly been in the media over the past few weeks, but for all the wrong reasons. If ShahZaM was on the team, I might be more inclined to say they’d do well, perhaps even win the whole thing. He has played against the best, even if Echo Fox couldn’t qualify for anything. TSM has been clinging on for dear life in the NA scene. They are constantly beaten by lower tier teams. Every once in awhile, however, they come alive and shock the world with an impressive over-performance. They beat Cloud9 and Astralis at the ECS Season 1 Finals. If they can give us something similar to that, they stand a good chance, however, this doesn’t happen very often.

I have to be honest, I have no idea who these people are. A quick look at their HLTV page shows us that they have only lost best-of-threes to TSM and Tectonic (Eanix’s new team, click here for that news piece). From raw stats, I can’t draw anything, but a quick YouTube search helped me find me this:

I didn’t watch it all, but it is clear they are rather switched on. It wasn’t your classic one-man plays and pushes; they played as a team, which is good to see from a smaller team. Where will they place amongst some of the veterans of the world? I guess we’ll just have to wait and see.

We’ve seen and heard the name before. These muffins aren’t your perfect, double chocolate, nor are they your simple but classic, blueberry muffins. They are just plain old, standard muffins, with a dash of lightning. However, this lighting has overloaded the squad’s mouse and keyboards, prohibiting them from doing any real damage. Even RUSH, a team I know nothing about, shows more promise.

Muffin has graced the stage a few times and none of them have been fantastic. There was the odd win over higher tiered opponents, such as Immortals, but that was only once. I do not expect much from this North American team in particular. Not to mention, they also have a stand-in from CLG Red, further adding to the chaos. At least we will be able to see how top level female talent plays against some middle ground male players.

The lads from down under have crossed many seas to show their worth on a global stage. This team has done some damage in its homeland and there are a few players you should be looking out for. Liazz and InfrequeNt can be absolutely barbaric at times, and in all honestly, I feel like this team has a great chance at placing well at this tournament, possibly better than most people expect them to do.

South Africa has sent forward their champions and they are gods amongst men in their homeland. They are practically unbeaten when comes to the local teams, but their international record is a bit iffy. LDLC and Space Soldiers are the only teams to have best-of-three wins over them. Dark Passage (a well known Turkish team) lost to the South Africans in a best-of-one, however, all of their other wins are against their brethren.

When you see a team with such a dominant win streak, you’d expect them to have some of the best players in the world. But, looking at their record against not even the best teams that the rest of the world has to offer does cast some doubt. It’ll be great to see these guys at an international event to see if they can deal some damage on a global scale.

The groups for this event are as follows:

The event will run this weekend and conclude on Sunday, where we will provide you with a final placings article, as well as an event recap. The stream will be live tonight over on Twitch.tv/esea.

Are you excited to watch some more Counter-Strike? Let us know who you are rooting for in the comments below and for best content from the brightest minds in the business, make sure you follow us on Twitter, @GAMURS_CSGO.