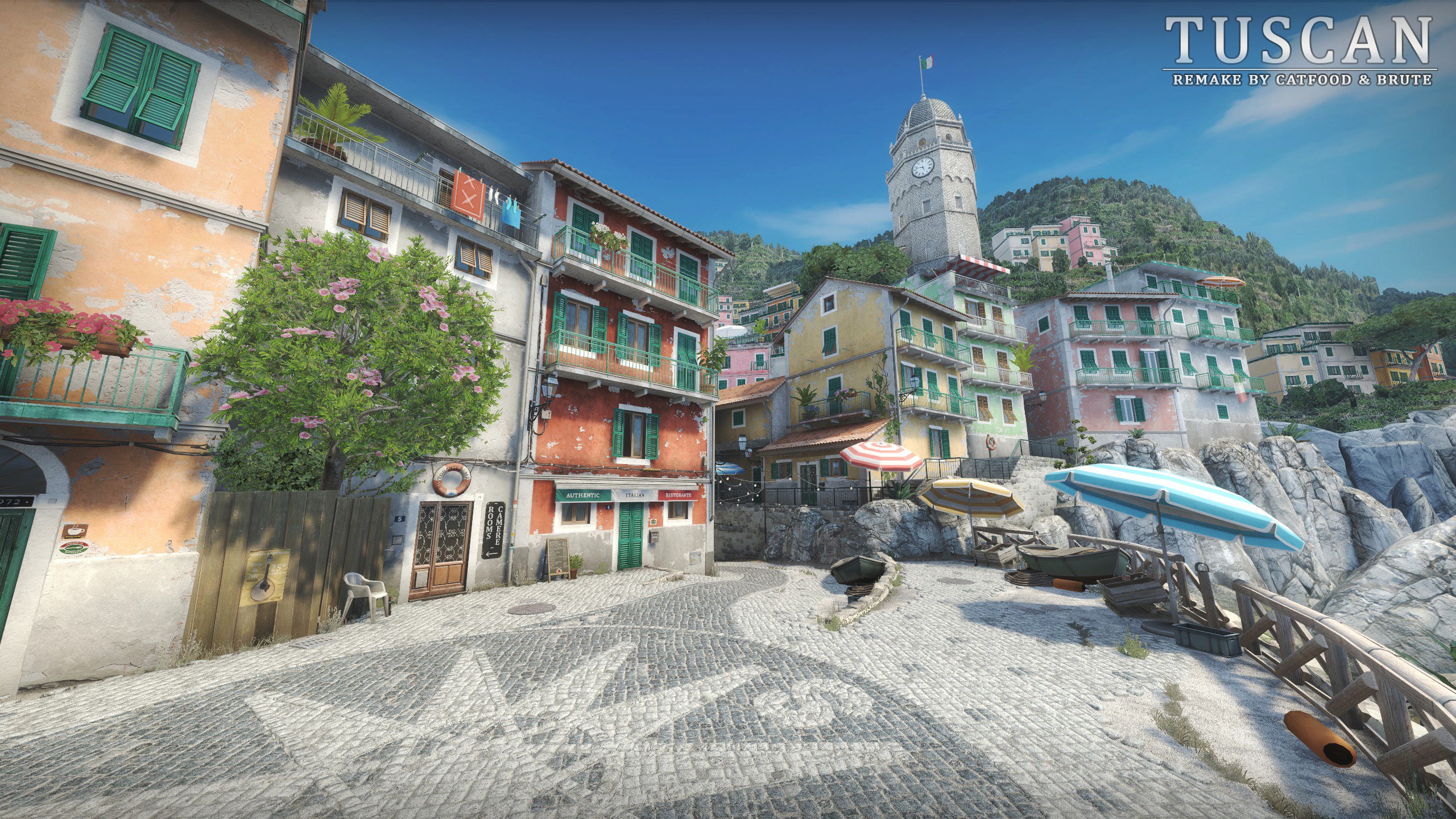 Map makers Brute and Catfood have completed the CS:GO rework of Tuscan, one of the most iconic maps from Counter-Strike.

This Tuscan remake has been in the works since at least 2020 when community figure Nors3 asked professional players to test the map and check Brute and Catfood’s work in progress. The first version of Tuscan in CS:GO was revealed in a tour made by former professional player and current streamer Erik “fl0m” Flom in February 2021.

“The Tuscan full release is now out on the workshop,” Catfood said on Twitter today. “I wish everyone a good game and have fun!!”

Tuscan is a bomb defusal map created by Brute in 2007, which went on to become one of the most popular maps in the game. The community had been asking for a Tuscan port for CS:GO since the game was released in 2012, but it was only in 2019 that rumors of a rework being in the works surfaced.

The official release of Tuscan for CS:GO comes a few weeks after Gabe Follower, a famous CS:GO leaker, said the official developers of Valve’s FPS were testing Tuscan and another map named Prime.

Now that Tuscan’s rework has been completed, it can be a part of CS:GO’s official active map pool, in case Valve wants to add it and replace one of the maps in there. For now, all that players can do is download it on the Steam Workshop and play custom games with friends.