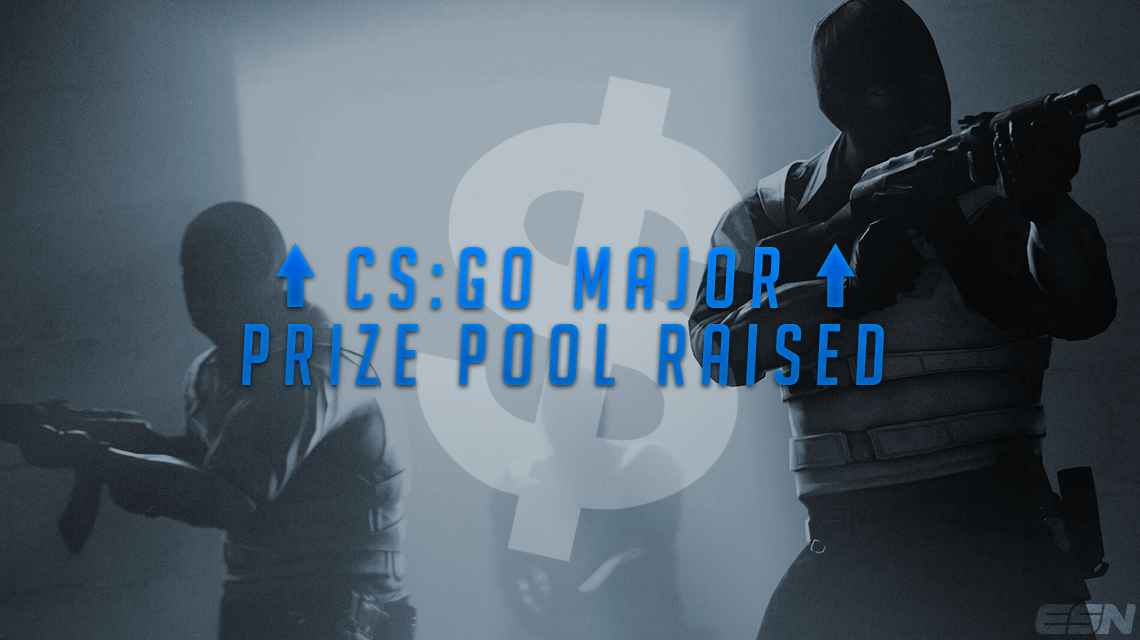 Valve Corporation has surprisingly announced that all sponsored major championships will include a prize pool of $1,000,000. This is a 75 percent increase from the previous pools’ amounts and shows a significant growth in the competitive Counter-Strike community.

https://twitter.com/csgo_dev/status/702273257282514944 Many have been calling for an increase since Dota 2’s The International 2015, an event also sponsored by Valve, which reached an impressive $18 million prize pool. The new prize money is on top of the already user subsidized sticker money, which is a percentage of the money spent on team stickers divvied up between the qualified teams. With Valve sponsoring four major tournaments a year, the prize pools will be set at a much more lucrative $4 million total altogether, which will not even include the aforementioned sticker money. Teams will have a higher drive when competing at upcoming majors, furthering the popularity of Counter-Strike®: Global Offensive as a major eSports title. What do you think about the prize pool change? Let us know in the comments below and be sure to follow us on Twitter – @eSportsNation.