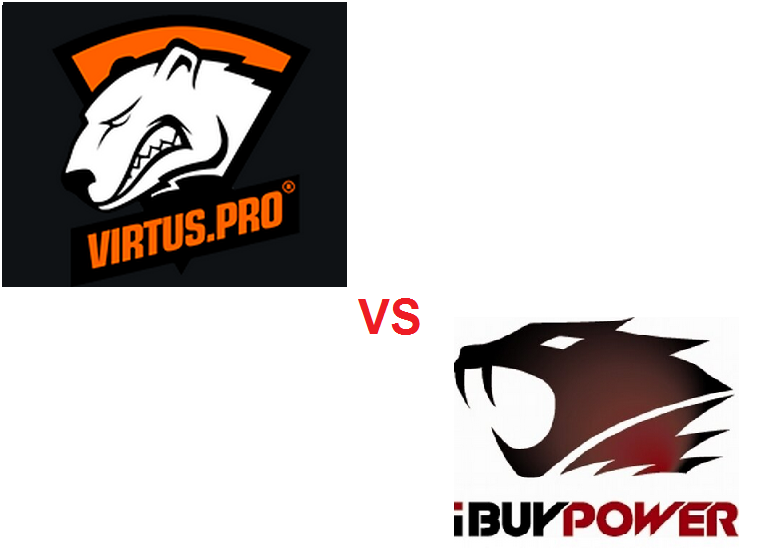 iBuyPower vs. Virtus Pro
This is a game where I do not see an upset happening, iBP’s new roster has not been particularly impressive and VP have been fairly solid recently. People always claim that VP chokes when they have good odds, but they typically only do so when they are online. In contrast, iBP’s roster has been lackluster. Another thing to consider is iBP will also have adreN as a sub, as desi has been on three rosters already this ESEA season. Don’t get me wrong, adreN is a really awesome guy and his awping rivals the best in NA, but he said he will be rifling for iBP. This probably means that swag will get the awp before adreN does, throwing out the potential for an amazing skadoodle and adreN double awp setup. Looking at the maps, dust2 might be the only map the iBP have over VP, at least the old roster could rival fnatic and ldlc on dust2, but the roster has changed so we’ll have to see. I feel fairly confident in saying VP could beat iBP on most of the other maps, and would place odds around 80-20ish in favor of VP. The only way I see iBP taking this is if they play out of their minds and VP plays really poorly.
Conclusion: Med on VP or small on VP
Denial vs. Titan
This game in my mind is only interesting because KQLY is gone. The manager of titan apparently is no slouch so I wouldn’t be too worried about him dragging the team down. As we saw with some of the members from this lineup, they play better online; I see people citing shazam as a possible carry, but he really underpreformed as CEVO. Then again things might change and anger may carry Denial, but I really do not see Denial beating Titan. My personal odds sit around 85-80 to 15-20 in favor of Titan.
Conclusion: Not much to say here, Titan should take this convincingly, going med-big on Titan would probably be good.
Cloud9 vs Mouz
I think this is the game where NA should be able to beat EU. Without allu, mouz should be in the hole a bit (I don’t think gob is as good as allu) and ChrisJ, being known as onlineJ there are already two big factors in favor of C9. Mouz recently have been having a run of good form and C9 have frankly not. The maps could be a huge factor in this game so be careful. Overall, I think if c9 starts playing close to their potential level they should have this. My personal odds are about 60-40 in favor of c9.
Conclusion : C9 should take this, but this would be a skip or a smaller bet on c9
elevate vs. Fnatic
Last match yay :). I really think fnatic should not lose this. I consider elevate a mid-upper tier 2 team and Fnatic are possibly the best team in the world right now. I think the odds are like 93-7 which are about right, I would place them at about 95-5 just because I think Fnatic just totally outclasses elevate.
Conclusion: Large on Fnatic if you have the value, if you think elevate has a chance, donate some skins if not just skip