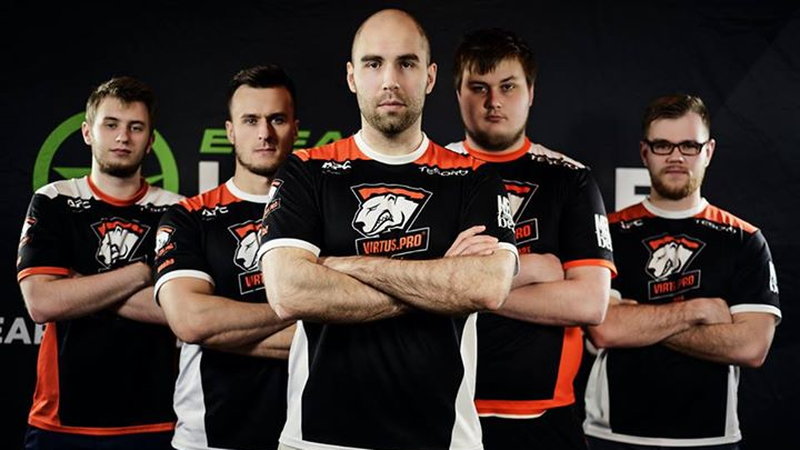 The weekend is right around the corner which means we, the fans are set for more Counter-Strike action in no other than Split, Croatia. Despite this LAN being FNATIC-less, four of the top ten teams (no matter what ranking you go by) are in attendance. It is schedule to start on the 17th March, 2016.

Virtus Pro have been struggling to gain a grasp of any kind of form in these months. After attending Dreamhack ZOWIE Open Leipzig 2016 and IEM Katowice 2016, a clear picture has been illustrated on how the former Universal Soldiers lineup have floundered in the new year. With FNATIC not attending this LAN this could prove as an opportunity to the Poles to find their Mojo back and show a resurgence just in time for the MLG Columbus Major at the end of the month.

A highlight of these woes have been the underwhelming performances of the star of the team, Janusz “Snax” Pogorzelski, who was rated 4th in HLTV’s top 20 players of 2015. Shining in events such as CEVO LAN Finals Season 8 with dominant, formidable performances seems a distant memory for the extemporaneous playmaker. Pogorzelski and VP played out 4 maps at Dreamhack Leipzig 2016 where Virtus Pro crashed out without a whimper after being demolished by MouseSports in a Dust 2 best of one 16-5. He strikingly finished on 3 kills, 20 deaths, which suddenly signals their is something fundamentally wrong when your star-level player is finishing on these sorts of stats. VP eventually went out to Dignitas in the play off best of three, bottom of their group with Pogorzelski finishing on a 0.65 rating for the tournament (Via HLTV.org).

On home turf you’d have expected Virtus Pro to have inspired as they are the main representative of a fan favourite team with marketable personalities such as Jaros?aw “Pasha” Jarz?bkowsk. Nothing came to fruition and VP showed little in each map, only picking up wins from a dismantling EnvyUs, from a FaZe team who lack as much identity as themselves and an inferior E-Frag team who were a major underdog to get out of the group coming into the tournament. The Pole’s map pool looks in tatters without being able to solidify notable wins on some of their home maps such as Train and Overpass, as FNATIC as Astralis tossed them aside on both.

If Virtus Pro wish to bring out the ‘plow’ again, this event may well be used as an experimentation of roles and tactics. AWPing duty has always been a question for this line up with NEO, Pasha and Snax all trying it out. A five rifle set up with a bullish, no respect style of play is what we’re used to with ‘old school VP’. We could put this down as an extended confidence crisis, however do not underestimate how defining the next three tournaments are for this treasured line-up holding such strong sentimental value in the Counter strike scene.

The Poles will start their event playing a best of three match against Australian side Team Immunity who qualified through the Oceanic online bracket.

EnvyUs have hit a brick wall of late in recent events which eventually forced them into removing long term member, entry fragger and major winner Fabien “KioShiMa” Frey for former LDLC White player Timothée “DEVIL” Démolon. The French outfit shocked many with this lineup change with just two weeks left until the MLG Columbus Major leaving minimal time for prepare for the tournament.

Having looked shaky with his new comrades in recent ESL Pro League Season 3 matches online against stand out opposition, it will be interesting to see how Démolon’s debut will go on LAN for his new organisation. DEVIL wasn’t dubbed the most talented in his former team however his showings offline have been impressive to say the least in the last month, having strong individual showings at the PGL Regional Minor Championship Europe and Assembly Winter 2016, of which his team went onto win after beating Former NiP AWPer Aleksi “allu” Jalli’s ENCE eSports in the final.

There are question marks over this move as it doesn’t seem logical to remove a major winner for someone with no consistent experience against top tier CS teams competing in the largest events against the best teams each week. Assessing Démelon’s career at the moment, it shows no evidence that he is capable of reaching these heights and handle this level of pressure. A tournament with no FNATIC however, gives EnvyUs an opportunity to get back to tournament success after a long stint of bitter defeat. This also offers DEVIL the opportunity for some  valuable LAN experience against some of the game’s greatest teams in a best of three, high pressure scenario. This may be the kind of exposure needed to develop confidence and an understanding of what’s required of him at the highest level.

I find it hard to believe in the long run how this pickup can do anything but damage the extraordinary peak skill that EnvyUs once held. It would be harsh to judge him based on this one event as it simply isn’t enough time to prepare and DEVIL will most likely just be filling KioShiMa’s former role in the team for now.

Astralis: A Title There For The Taking

The Danes are an easy pick to win this tournament. Astralis may be a frustrating team to witness in the high pressure events however it seems this can be treated as a warm up to the major if not anything else.

Finn “Karrigan” Andersen’s team have always shown a perfect mix style of tactics and skill, however are frequently criticized for choking when it matters the most. On the face of things, this event offers lightweight competition outside of Natus Vincere in terms of sheer quality, skill and tactical prowess. Nicolai “dev1ce” Reedtz and co have been in decent form in 2016, finish in the top four of their last three events they have attended (going out to the eventual winner at Games Show Global eSports Cup and IEM Katowice in close 2-1 Series).

Map pool has never been a real issue for the recently newborn organisation, being capable of playing the majority of the map pool and establishing themselves as forces to be reckoned with on Overpass and Mirage. With dev1ce taking the majority of the AWPing duty on the team,(as we’ve even seen on Mirage, which Karrigan is a specialist sniper on that certain map) it’s only presented how capable and versatile he is as a player. Watching Astralis play at the moment, you feel they are on the brink of something holding such a strong hand in terms of individual talent and teamwork.

The consistency of entry fragger Peter “dupreeh” Rothmann has been something which has dragged this former TSM lineup through the toughest of times in the past. He’s started the year in a hot vein of form, going +91 in the last three LANS Astralis have attended. If there is too be any pre-major celebration, Rothmann will have to be a torchbearer in his team’s push for success.

This LAN will not be so defining in the sense that it will break up rosters or cast futures into major doubt, nor can it really define an upcoming success of a team with the field lacking FNATIC. The Croatian based event offers an insight on what we can expect from the stuttering big boys going into the major at the end of the month.