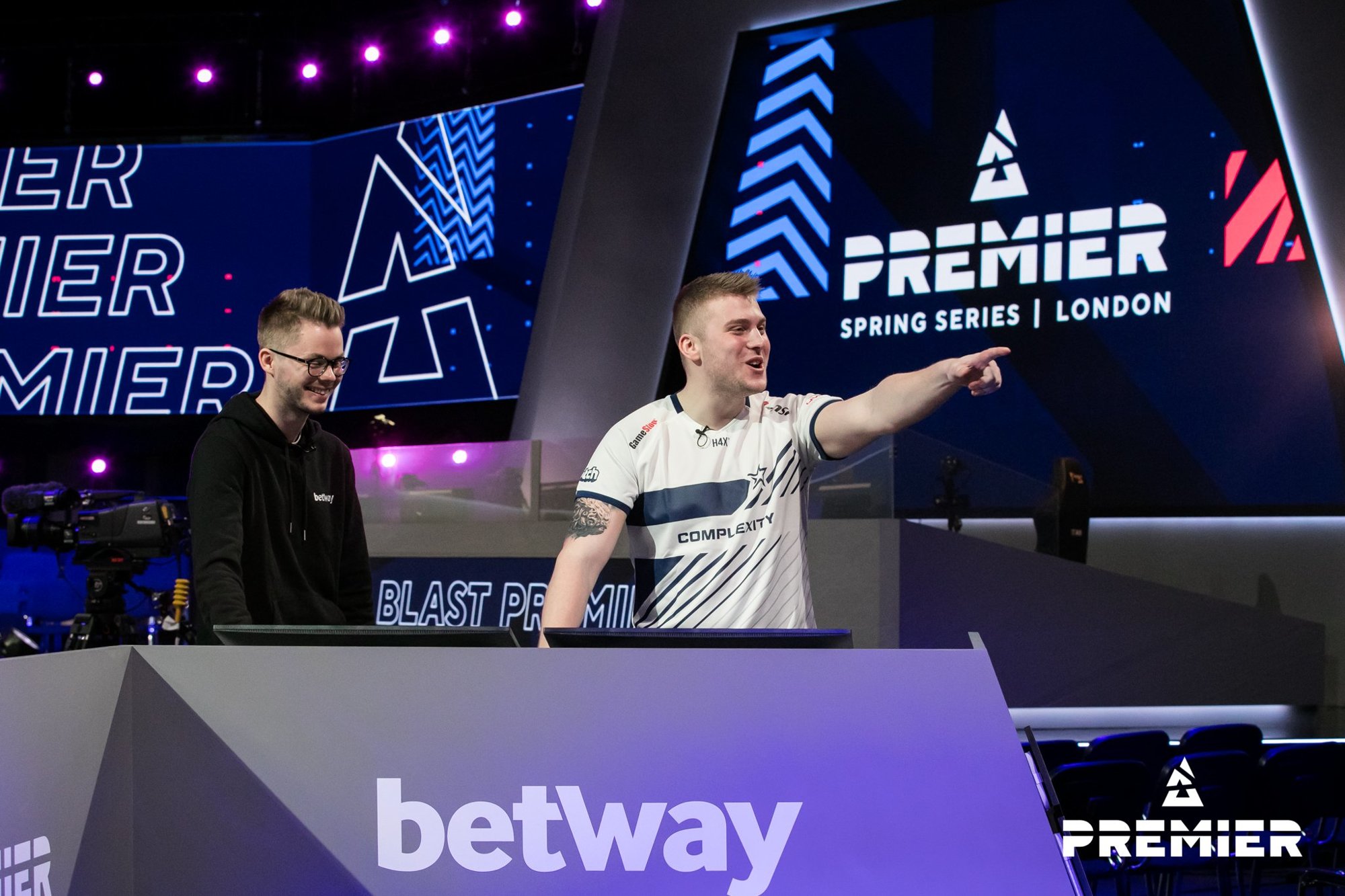 Complexity looked right at home today in their first official professional match on Ancient, closing out their BLAST Premier Spring Final opening round series against Ninjas in Pyjamas 2-0. Complexity took their own pick of Mirage then NiP’s Ancient pick to advance into the next round of the upper bracket.

On Mirage, NiP had a nice start by winning the first five rounds, highlighted by some great play coming out of the recently promoted academy player Linus “LNZ” Holtäng. But from the sixth round on, it was virtually all Complexity on both sides of the map, led by a star performance from Kristian “k0nfig” Wienecke. He also had great help from Benjamin “blameF” Bremer and Justin “jks” Savage. Complexity closed out the map with five straight CT rounds where they didn’t allow a single plant, taking Mirage 16-10.

The series turned to Ancient, NiP’s pick. The pick came as a surprise to several onlookers, with NiP only having one win in just one try on the new map against Fnatic at IEM Summer less than two weeks ago. Complexity hadn’t played the map yet but looked like they’ve been waiting for someone to foolishly pick it against them.

They locked down their CT side, holding smart angles and using quick rotations to jump out to an 11-4 lead at halftime. Complexity had little trouble getting onto sites and planting on their T side, too. NiP only pulled off a successful retake a handful of times and Complexity won their Ancient debut 16-9. K0nfig led the way for his team again with 25 kills and only 14 deaths, but the entire team played exceptionally.

Few people should be surprised to see such a strong performance out of Complexity at the site of their greatest triumphs. In 2020, they stunned Astralis and Vitality to open BLAST Spring Groups, then won the BLAST European Spring Final with an upper bracket run where they took down OG, Na’Vi, FaZe, and Vitality. This year, they excelled in the group stage again, beating Vitality, G2, and Evil Geniuses without dropping a map. The team has struggled to produce top-quality results at other events and will look to continue another impressive run here as they approach the return of Majors in Stockholm.

Complexity will move on to face Gambit in the upper bracket, while NiP will look to recover in a lower bracket match against Evil Geniuses.