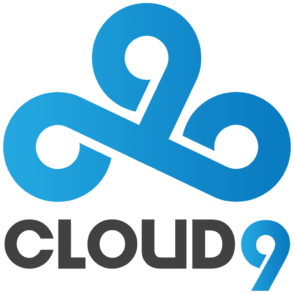 The North American organization recently confirmed not one, but two drops in their main roster, leaving the CSGO team with three confirmed players. However due to a mistake a Cloud9 prospect allegedly joining Cloud9 has more or less confirmed that he was at least offered a position within the Cloud9 CSGO team.

Player Ryan “fREAKAZOiD” Abadir was streaming his pugs (pick-up games) via Twitch on a normal night of the time that many speculations of the “NA Shuffle” would begin. Pugging with friends, including still active player for C9’s CSGO team, Mike “Shroud” Grzesiek. It had lead to speculations about “fREAKAZOiD” being a potential replacement.

Later on during his stream he mistakenly showed an email inbox (pictured below) where visible for all to see, included what appears to be his contract sent by Jack Etienne, current General Manager & Founder of C9, via DocuSign. This included with the other speculations are what certainly point to his imminent signing.

Will “fREAKAZOiD” be someone that plays a crucial role in cementing C9 as the international contender that it was once? The primarily American team has had its ups and downs with the transition from player to player after losing Braxton “swag” Pierce to, the infamously former iBP team. Then after losing Spencer “Hiko” Martin after internal debates he stepped down to stand-in to former iBP.

The former Cloud9 meta was passive & tactical to a certain extend, the plays were synonymous for “scrim” style of playing and standard to the NA play style which til this day has granted them seats in current international tournaments but what will the removal of Shahzeb “ShahZam” Khan and longtime core member Kory “Semphis” Frieson mean for Cloud9?

Who else can they pick up to replace “ShahZam”? Will it result in better team play? Better coordination? Better aimers and tacticians? The answer is yet to be known as there is currently no official comments from C9 regarding “fREAKAZOiD'” or their 5th player – which we presume to be an “Awper” to replace that internal team role.

Regardless of who takes their spot(s), C9 is a mere shadow of their former glory. The results of public shaming, bad calls and more or less unequivocal skill show an uncertain future for the team. Replacing two people, including as mentioned longtime core member “Semphis” simply won’t make the team #1.

In the not too distant past Cloud9 before Cloud9.CS, the lineup was part of CompLexity gaming before being sold off to Cloud9.

The roster at the time goes as following in no particular order;

A team that was undeniably one of the best teams, if not the best North America had to offer. The team consisted of long time friends, players of diverse play styles, young energetic enthusiasm & the skill to shut down their opponents. The teams weren’t contested at the time, other than former iBP & the European titans that remain in the power house.

Now C9, a year+ the team has consistently shown the urge and ambition to win but have staggered their way around. Losing to new ambitious teams in North America where they once dominated and abroad, in the international scene to Europeans, leaving them to be sent home during group stages.

Only once has the team made it to the Quarter-finals of a major and that was with the mostly-original lineup except for Mike “Shroud” Grzesiek. In due time we will have more information and we’ll have a picture of what will happen. Bringing in new players who are teamless, but skilled or veteran to the scene is a wild card.

Replicating the what we call the “Shroud Theory” is something that I originally said to be their last attempt at salvaging and recreating the team. Starting fresh with a team of motivated and talented prospects. There is little known of Ryan “fREAKAZOiD” Abadir and that’s exactly what scares people.

The reality is C9 as members have a long list of accomplishments which couldn’t have happened without its core members. They all played crucial roles that lead to producing great results inside and outside the game. Two members of the original lineup are all that remain. The history, the team work, it took a while to build into and now it’s been put in the ultimate scenario of do or die. Whoever was the lucky or unlucky prospect to take this golden bitter sweet double-edged sword of an offer.

Only time will tell.