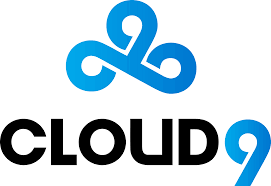 On June 9, the ESL One Cologne qualifiers kicked off with a bang, and over the next four days, 16 teams battled it out in order to secure themselves as one of the eight teams to qualify for the next major. One of the most high profile teams to attend the qualifiers, and one that most expected to qualify after a stellar performance in ELEAGUE, Cloud9 failed to get past the daunting french scene and as such failed to qualify for the major. This failure left thousands of fans reeling and wondering what truly went wrong with the Cloud9 roster to fail to qualify for their first major. After all, the Cloud9 organization had made it to every major since they had taken on the compLexity roster. This article in of itself is designed to tackle that exact issue; it is an article designed to take a look at the system that Cloud9 had built under the Slemmy era and what exactly went wrong at the major qualifiers.

On April 24, Cloud9 announced that they had filled the vacancy left by Ryan “Freakazoid” Abadir’s departure by bringing in Ex-Without a Roof in-game leader Alec “Slemmy” White. Initially, it appeared that the only reason Cloud9 had for bringing in Slemmy was due to his previous relationship with their young star Jake “Stewie2k” Yip. After all, what other reason would Cloud9 have to pick up an ex premier in-game leader who is 26 years old and had never played at the highest level.

However, when people dug a little deeper, the true reason became clear in regards to the pickup of Slemmy. The fact of the matter was that Jordan “N0thing” Gilbert had been struggling in his new in-game leader role, unable to establish a proper system and struggling fragging wise, Cloud9 had found the worst of both worlds through N0thing’s move to IGL. The solution to this struggle came in the guise of Slemmy, his move into the team was designed to free up N0thing from the chains of in game leading and focus simply on fragging. Rather than Slemmy being an untapped genius whose tactical system would end up helping Cloud9 move to the big leagues, this move was simply designed to unlock some firepower that was trapped under the ice. What Cloud9 could not have predicted was that this unknown premier talent would actually turn out to be a fairly competent in-game leader on the international stage.

Over Slemmy’s first three LANs with the team, he took a team that could not understand how to play a simple default on Dust2 and transformed them into a team whose tactics gave international teams a struggle. In the previous iterations of Cloud9, there was never an era where their tactics were built in a sustainable system. Under Kory “Semphis” Friesen’s leadership, Cloud9’s tactics were quickly figured out and put back in place by the rest of the international scene. Sean “Seangares” Gares’s leadership put in place a system that simply was not sustainable; Seangares simply did not have the will in himself to watch the amount of demos that the system required to maintain a high level.

However, Slemmy’s system is based on principles that completely differed from the past iterations of Cloud9. Built around a strong default and then a variety of strategies to fall back on, Slemmy’s system is something that can be relied on over a longer time period. The question is, if Cloud9 has an effective tactical system to fall back on, then why exactly did they fail to qualify for the major? Well the fact of the matter is that an artist is only as good as his tools, and the tools Cloud9 had broke down at the qualifiers.

This new system, put in place by Slemmy, also comes packaged with an outline of how the scoreboard should look like in order for the team to succeed. Slemmy is not and never will be a god of the game, he will never have the precision of Olof “Olofmeister” Kajbjer Gustafsson or the game sense of Janusz “Snax” Pogorzelski. However, that simply is not what he is on the team to do; surrounded by such high skill ceiling players on Cloud9, it is clear that the system is designed to have the N0thing and the three S musketeers above Slemmy on the scoreboard. This formation on the scoreboard is what is most conducive to Cloud9’s success in the long term, if Slemmy is at the bottom that means the other four fraggers are doing their main job: fragging.

However, at the ESL One Cologne qualifiers, these pieces simply failed to do what the system expected out of them as Slemmy found himself having a better statistical event than two of his teammates. Over a five map sample size, Slemmy finished the event with a .88 rating, improved compared to the standards he displayed at previous LANs, but his teammates Mike “Shroud” Grzesiek and N0thing finished with .79 and .81 ratings respectively. The house of cards came tumbling down, however they did not collapse due to the tactics of the system. Rather, the main factor in the precipitous failure of the system was that the pieces that normally perform in domestic play simply crumbled under the stress of the higher level of international play.

Looking to the Future

Moving forward into the future, Cloud9 as an organization is faced with a series of questions that will ultimately come to define the future of their organization within Counter-Strike. Cloud9 is faced with a dilemma in regards to the future that their players, Shroud and N0thing, hold within this organization. If Shroud and N0thing’s inconsistencies were a one off occurrence, Cloud9 could try and move past this event and look to the future. However, the fact of the matter is that their inconsistencies are a regular storyline on the international stage. One can even go back and read through the entire pamphlet detailing the history of Cloud9, and the inconsistencies of N0thing and Shroud become clear. N0thing and Shroud had a bright period during the summer of 2015 and played a large part in Cloud9’s rise to becoming a top five team in the world, however conversely, Shroud and N0thing’s rapid decline in form also played a large part in Cloud9’s rapid fall out of those top 10 rankings.

It is clear which players on the current Cloud9 lineup should be utilized as part of the core moving forwards into the future. Stewie2k is rapidly developing his game, with no signs of stopping, and has quickly climbed the ladder of North America and has cemented himself as a top three North American player. With more time, who knows how far Stewie can go, and as such, he should be the most important player moving forwards.

Another integral player to keep for the future is another premier pickup, Slemmy. He has come into the team and implemented a clear tactical system and brought the team out of the tactical dark ages that they resided in under the N0thing era. Give Slemmy proper pieces moving into the future and who knows how far his leadership can take the team.

The final player that I believe should be a core component of the team in the future is Tyler “Skadoodle” Latham. While he still has shown the same unwillingness to take over the game, his skills with the AWP cannot be denied. On CT sides, he has shown the same world class ability to lock down sites, the same ability that made him world famous under Seangares leadership.

The remaining two players of this lineup should not be described as integral moving forward, rather if their struggles continue they should be next on the chopping block. For too long, Shroud and n0thing’s inconsistencies continue to go unchecked, most simply chalk it up to them being unable to find a way to sustain their domestic gameplay on the international stage and that eventually they would find the miraculous panacea. However, if they have not shown any hint of developing their game beyond the plateau that they have found themselves on up to this point, then why delude ourselves into believing that they will miraculously find the key ingredient to evolving their game?

This Cloud9 roster can only be described as a tiger on paper, yet a kitten in reality. A roster filled with high skill ceiling players and then an adequate tactician backing them up seems like a team that has the ability to do damage internationally. However, the results themselves send a different message; they tell us a tale of flawed pieces who prevent this team from taking the next step. Cloud9 as an organization are at a crossroads, at this point it has been made clear that the roster they have built is too flawed to succeed moving forward. This time period directly in the future will make clear exactly what kind of management runs the Cloud9 organization, whether they are one trying to build champions, or one that is simply focused on maintaining the status quo.
Photo credit: HLTV