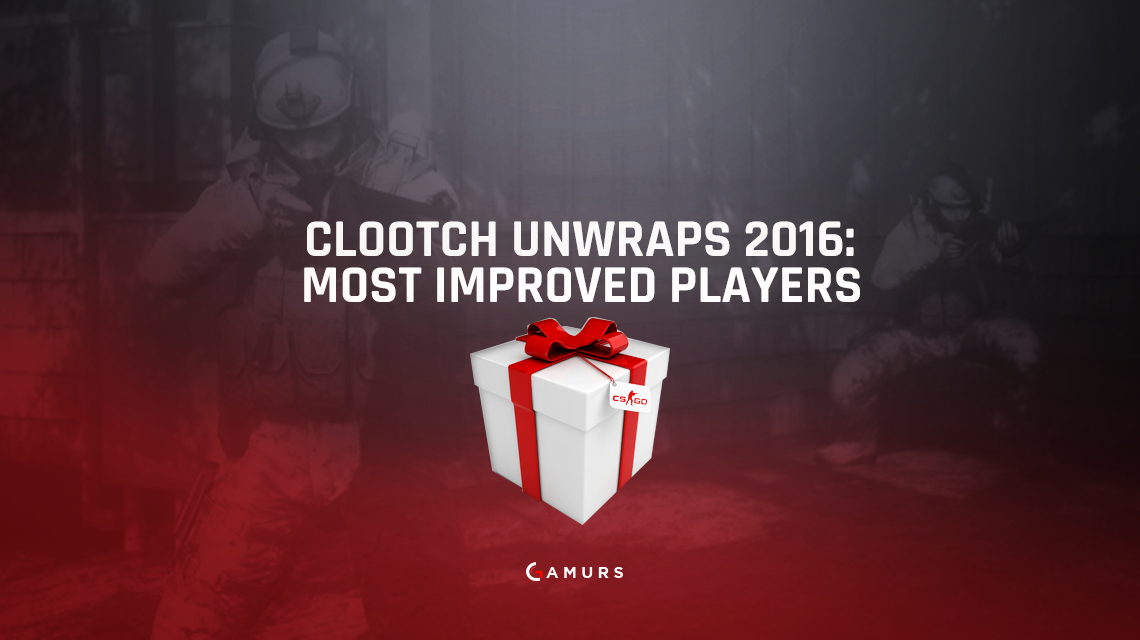 Welcome back to “clootch unwraps 2016,” a new series I will be starting in the build-up to Christmas and the New Year. I aim to release at least three of these articles a week, and each one will be recapping and highlighting a certain element of this past year in CS:GO. This could include what matches were the best, the most improved player and other storylines we’ve witnessed as we head into 2017. The fourth installment will focus on this year’s most improved players.

The star of Dignitas and Denmark, Magiskb0y has evolved throughout the year to be a monstrous player. In just a year, he has become one of the most respected and powerful fraggers in the world, and has helped his team secure a spot in the Tier 1 zone of Counter-Strike. His rise has been fantastic.

Magiskb0y started 2016 playing under SK Gaming, in a predominantly Danish team. In the SK team, Magiskb0y wasn’t recognised as the godly talent that he is now, instead sharing the limelight with fellow Dane Jacob “Pimp” Winneche. At the beginning of the year, Magiskb0y arguably lost out on the “star player” status to Pimp, who seemed more consistent and more of well-rounded than Magiskb0y. When playing against Dignitas in February, Magiskb0y was the lowest fragger, in terms of kills, on his team, until he turned this around on Dust II when he top fragged. He clearly had talent, but he wasn’t able to consistently manifest it in matches.

Magiskb0y has sinced ironed out his consistency issues, which makes him a very real candidate to be the best player in the world. Against SK Gaming at ELEAGUE Season 2, Magiskb0y was one of Dignitas’ top performers, with the exception to this coming from one of the maps they lost against the Brazilians 16-6, during which no one on the team played well.

As well as now being consistent, Magiskb0y’s arrival has brought on a whole new kind of result pattern from Dignitas. Instead of being underdogs in tournaments, like they were at the beginning of the year, the Danish-Norwegian mix are now considered able to win international events, thanks to their victory at EPICENTER. Teams like Na`Vi, Virtus.pro and SK Gaming attended the event, but it was Dignitas who came out on top and showed the world that their current lineup is a very scary one. Magiskb0y finished the stacked event with a kill/death differential of +90, and was an imperative piece to the team’s heroic run in Moscow.

The talented rifler has made a name for himself this year and ensured that Dignitas becomes one of the best teams in the world. Magiskb0y started the year well and ended it being known as an elite player and star of one of the world’s best teams.

Stewie2k joined Cloud9 just after the year began, so his improvement this year can also be seen as his career so far with the team. He arrived on Cloud9 with the reputation of a pug-star, being mainly known for flashy plays and a high individual skill level. His inclusion on Cloud9, one of North America’s largest teams, took a lot of people by surprise, as he was a relatively new face on the scene and had been picked up by a strong team so quickly.

The “Everybody Hates Stewie2k” video was what drew a lot of people to the conclusion that he had a lot of skill, but relied on unpredictable plays and individual skill to win, rather than teamwork. Thus, the expectations for Cloud9 were not too high, and neither were the expectations of Stewie. Despite this, the young player quickly proved that he could not only work in a successful team, but he could thrive. As the former stars of Cloud9, Michael “shroud” Grzesiek and Tyler “Skadoodle” Latham, began to fade, Stewie2k became one of the driving forces behind Cloud9’s impressive results this year.

Further proving his talent as a complete player, Stewie shoulders the burden of in-game leader for the team while maintaining a level of fragging that would still be impressive for a rifler who is solely focuses on getting kills. Though he was once thought of as a pug-star, he has commanded the Cloud9 vessel well as its in-game leader and, unlike previous tactician Sean “Sgares” Gares who excelled strategically but struggled to put numbers up on the board, also managed to keep his indivudal performance exceptional. Without a doubt, nobody expected Stewie to be both Cloud9’s in-game leader and one of their star players when the young talent was first picked up. His transition from pug player to complete sensation has been as rapid as it has been unexpected.

In the course of a year, Stewie2k has gone from a player with little recognition in the scene to one of the best players on an ever-improving team. The team’s most significant result this year was their triumph at the ESL Pro League Season 4 Finals, where they clinched the title through beating SK Gaming in a best-of-three. Along their campaign, the team also bested Dignitas and Ninjas in Pyjamas, which makes their win very legitimate. Stewie finished the tournament on a kill/death differential of +27, as he and Timothy “autimatic” Ta had a great event to help Cloud9 secure the victory.

The progression of Cloud9 as a team this year pays homage to the impact and improvement of Stewie2k. Starting as an NA team who exited last at MLG Columbus and ending by winning a major international event shows they’ve matured a whole lot since the beginning of the year.

Stewie2k can’t be mentioned as an improved player without some mention of his partner-in-crime, autimatic. The pair, from what I can see, have been responsible for Cloud9’s turn from last-place at the MLG Major to winning the huge Pro League Finals. I have two reasons for saying that Stewie2k has improved more than autimatic.

Firstly, autimatic only joined the team in August and, although his semifinal run as a part of Team SoloMid was a brilliant result at the ECS Finals, he hasn’t had the year of playing against top opposition like Cloud9 and Stewie have. Of course, I acknowledge that he’s come on as a player since the beginning of the year, but he hasn’t had the duration of time to prove himself like Stewie2k has.

Also, autimatic is free to focus on his astonishing individual performance, whereas Stewie2k is also the team’s in-game leader. Where autimatic can focus purely on opening up rounds and rifling, Stewie’s attention and practice must be focused on both being a strong player and commanding his team tactically. I think autimatic has shown he has unbelievable amounts of skill and will surely amount to be a great player, he just hasn’t had the chance to prove himself at the top level for very long yet.

Which players do you think improved the most this year? Let us know by commenting below or tweeting us @GAMURScom.