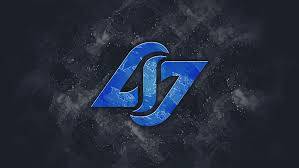 Bursting onto the North American sceneas a team known as NetCodeGuides, the current four man core ofCounter Logic Gaming, Tarik “tarik” Celik, Stephen “reltuC” Cutler,James “hazed” Cobb and Joshua “JDM” Marzano, rapidly rose throughthe ranks of the North American scene and, for brief periods oftime, even found themselves on the top of the trash heap. Thoughapropos must be given to the four man core for their journey tobecoming tier one in North America, there is an elephant in theroom that has to be addressed.

Other than those outlier instances ofsuccess, Counter Logic Gaming has struggled with achievingsustainable levels of success on the international scene, even whenthey achieve their best result to date, they make up their mistakeby immediately bombing out in the group stages at their next twoLANs.

A large variety of factors can bepointed at to explain what has prevented Counter Logic Gaming fromovercoming their nearly year long plateau, but the two factors thatI felt were the main qualities holding Counter Logic Gamingback are the play of their star players and their lack ofdiscipline in rounds where they have an advantage.

An extremely importantcharacteristic of successful international teams is that they havesome sort of star power to rely on in terms of fragging power.Whether it be a dual star system, as seen in Luminosity Gaming, ora singular star, as seen in Mousesports, star players are a make orbreak factor in terms of international play. The right stars cancarry even the most atrocious of teams to a high level, but a lackof stars is a hindrance that no amount of tactics canovercome.

In the case of Counter LogicGaming, it is clear that despite having some of the most prolificstars from the North American region, those stars have held themback on the international stage. One of the main stars on CounterLogic Gaming is JDM, and he has established himself as not only thebest AWPer in North America but also a world class AWPer. However,throughout his stint on Counter Logic Gaming, he has also displayedhis extremely poor rifling capabilities.

With poor rifling skills toaugment his world class AWPing skills, JDM has established himselfas a one dimensional star player; a star that can only have a starlevel impact in a third of the total rounds played. As such, JDM isa player who is better suited to be a secondary star, not theprimary star as he currently is on Counter Logic Gaming. However,JDM is not the primary star of Counter Logic Gaming by choice, thesystem in place was initially built to have the primary starposition belong to the Turkish delight Tarik.

While the system has been builtaround Tarik, he has never truly taken the next step to living upto those expectations. Tarik is notorious for feasting on lessercompetition, routinely devouring the competition that he is facedwith in domestic play. However, when it comes time for him to comeoutside and play with the big boys on the international stage, thesame Tarik from North America is nowhere to be found.

When a team succeeds on theinternational stage, a large proportion of the praise falls on theshoulders of its star players. However, the converse must be trueas well; if a team fails then the star player’s role is to shouldermore of the blame for their failings, whether it be primarily theirfault or not.

An ability to loseunloseable rounds

Counter Logic Gaming as a teamare famous for winning games in a heartstopping manner, no matterthe lead they may have accumulated previously. While some peoplechalk up this characteristic to some sort of predestination by ahigher power, I feel that there is a more human factor at work.This factor is also responsible for Counter Logic Gaming’slack of international success, and it happens to be theirundisciplined play when they have an advantage.

On a regular basis, CounterLogic Gaming find themselves losing eco rounds due to takingshortcuts that are uncharacteristic of a professional team, and itseems that there is no attempt to change these factors either asthese issues have plagued them from even previous iterations of thelineup. From the moment that Counter Logic Gaming burst onto theinternational scene, they have lost rounds with an advantage inmanners that even make the opposing team surprised.

Stemming from a lack ofdiscipline, Counter Logic Gaming have never truly taken a step backto look at this issue and fix it; even in their most recenttournament, they found themselves losing rounds to eco’dteams in heartbreaking fashion. Counter Logic Gaming have theability to make games close versus the best of the competition thatis out there, but they seemingly do not have the ability to takethe final step over the hump. This lack of discipline has led tothem being stuck on a plateau, one from which there seems is nohope of escape for Counter Logic Gaming.

Success domestically butmediocrity internationally, such is the motto of Counter LogicGaming. Despite having some of the premier North American talentand a vast pool of resources at their beck and call, Counter LogicGaming have never really managed to overcome the plateau they foundthemselves in. A combination of poor discipline and stars whoselimitations stop them from being amongst the best in the world havestopped Counter Logic Gaming from taking the next step towardsbecoming a threat on the international stage.

Counter Logic Gaming are stuckin a pit, and there’s no easy way out. In order for this team totake the next step on the international stage, it seems that itwill first require them to go backwards and make changes on thecore four. No easy solutions exist. At this point, it seems abandaid solution will never truly propel Counter Logic Gamingtowards the heights they wish to achieve, rather it will simplykeep them at the same plateau they have always been on.