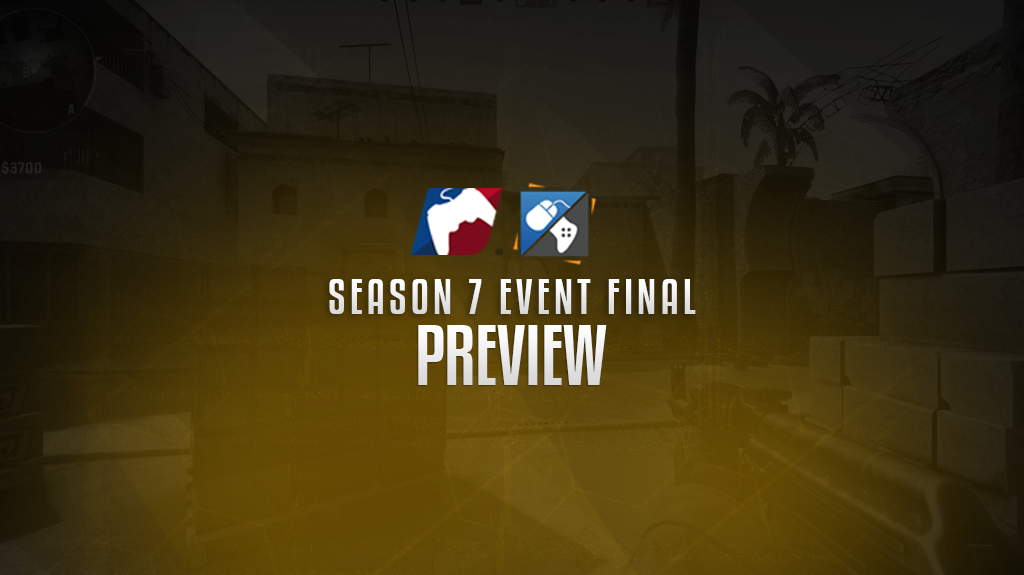 Season Seven of the CEVO Counter Strike: Global Offensive Pro League is coming to an end and CEVO is partnering with Major League Gaming to bring some of the best talent CS:GO has to offer to the United States.

The Season Seven Finals will be played at the MLG.tv Arena in Columbus, Ohio. Beginning July 24, and ending on July 26. With doors opening to spectators at 4:15 PM Eastern on Friday.

Here is the Schedule from the Official Viewer’s Guide on the CEVO website.

The event will use what is called a Dual Tournament Group Play format. Four team will each make up the two groups. These group play matches will all be best-of-three, this decision was made “After assessing recent player/fan feedback…” said CEVO in their Viewer’s Guide. The top two teams from both Group A and B will be placed into a single elimination bracket, these matches will also be best-of-three. The Grand Finals, to be played on Sunday will be a best-of-five series, with teams needing to win three maps to take home the championship.

*fnatic was forced to withdraw from the competition due to their busy summer event schedule and Olof “olofmeister” Kajbjer’s ongoing recovery from a recent ear surgery he under went. “To replace them, we’ve invited Natus Vincere who placed 4th in the s7 Regular Season European Conference.” Said CEVO, this also coming from their Viewer’s Guide.

**Team Envy and Ninyjas in Pajamas have both been forced to withdraw due to “unforeseen circumstances,” replacing them is CLG and Tempo Storm.

Where to Watch and Who You Will be Listening to.

The event will be streamed on MLG.tv, specifically both playCEVO and playCEVO2 channels. Both streams will feature the same match, but from different point of views, “The main stream will feature a dedicated in-game observer, while the in-game camera on the secondary stream will be controlled by the casters. Information about alternate language streams will be announced in the coming weeks.”

At this point tickets for the event are sold out, though CEVO will make an announcement if additional tickets will be sold. Monitor our Twitter as we’ll be sure to post any updates on there.

Follow eSportsNation on Twitter for constant updates on all things eSports, including coverage of the CEVO Season Seven Finals