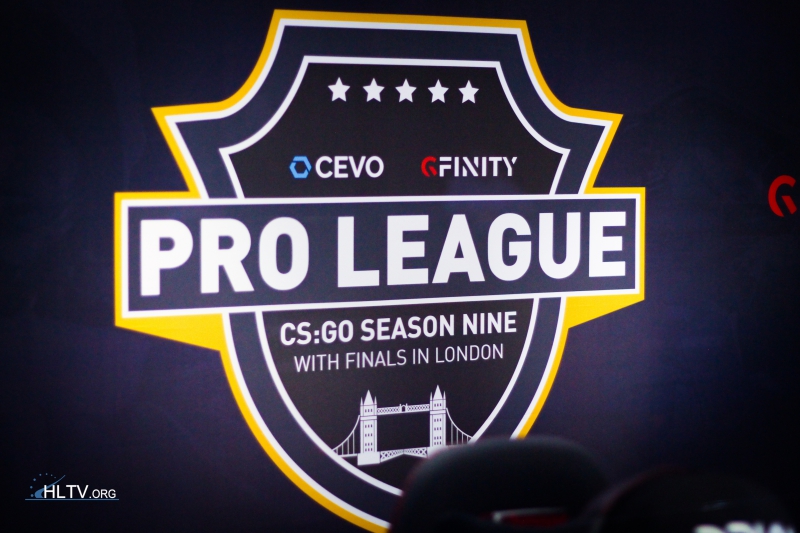 At CEVO 9, eight tier two teams came to play. They were Tempo Storm, Virtus.Pro, Dignitas, SK Gaming, HellRaisers, Optic Gaming, Selfless and Splyce. When the dust settled, it was Tempo Storm that rose to the top of the field, claiming their first ever tournament victory. This places Tempo Storm as the clear 2nd best team at the upcoming DreamHack Austin. More importantly it reshuffled the order of the teams and shined a light on the strengths and weaknesses of the teams that attended.

The Bottom of the Barrel

At the bottom of the heap were the three NA teams: Optic, Splyce and Selfless. Selfless had the worst performance of the lot totaling 15 rounds in 4 maps. While they have done well in NA online competition, there seems to be a ways to go before they perform on LAN. Splyce had a better time of it, finding three maps against both Virtus.Pro and Optic. Finally Optic themselves had an alright showing, but when it came to the elimination match against Virtus.Pro they were blown out of the game. The only positive from this tournament was Óscar ‘mixwell’ Cañellas proved himself as a LAN player.

Splyce and Selfless will be playing at DreamHack Austin. The competition is weaker there than at CEVO (with the exception of Luminosity), so they may have better chances of getting out of groups. With both Cloud9 and Team Liquid having new rosters, it’s hard to say where either Selfless or Splyce will rate. For Splyce, DreamHack should serve as another tournament to get more experience and at the very least Selfless can’t do worse than they did at CEVO, right?

Perhaps the biggest failure of the tournament was Dignitas. They didn’t perform as badly as the NA teams and almost beat the eventual winners of the tournament, Tempo Storm,  in the group stages. However this was a team many expected to get to the finals, but were instead knocked out by SK Gaming in the elimination match. This is a continuation of their pattern to play well against teams that are as good as or better than them while choking against teams they are favored against.

In a post on facebook after the tournament, Mathias ‘MSL’ Lauridsen, the ingame leader of Dignitas, explained the problems of the team. “One thing I can say, is that we will have a coach/manager working full time from June. He will help us have the correct mindset to every game no matter what opponent we face. “

They were too emotionally affected after big losses to the point where a loss at the MLG Major affected their performance at CopenHagen games. The only player that showed up to play consistently is Markus ‘Kjaerbye’ Kjaerbye. And they had multiple strategic problems including their CT-side, adaptive play and set roles. Dignitas plan to get a new coach and MSL believes this will be the impetus to start pushing the team forward.

More than ever, Dignitas have yet to shore up their weaknesses against weaker teams. They are too mentally fragile so the addition of a coach that could keep them focused in game could be the answer to taking them towards the next level.

There were two teams that had decidely mixed performances this tournament – Virtus.Pro and HellRaisers. Going into the tournament, I picked I picked Virtus.Pro as the favorites. They would go out in fourth place. On paper this is a bad result, but they lost to Tempo Storm in a best-of-five that went to all five maps. The concerning thing about Virtus.Pro is that they can’t find a way to consistently win against anyone. This is a team that could win events, but are now struggling to regularly win against bottom feeders and top-tier titans. They’re still good on LAN, but the full form Virtus Plow has yet to come back on and no one knows if it will.

The Virtus.pro situation is especially worrying as post event, Wiktor ‘TaZ’ Wojtas wrote, “Unfortunately our bad performance continue, we do better in some spots, worse in others.. we lack something, just like at the start of this team.. if we won’t find our game… who knows.. maybe this is it.”

Virtus.Pro had always been forced to answer their problems by switching roles and in game leaders with the five they have as they were always the best five in Poland. Now they are reaching a breaking point where they may consider bringing in new players. Two possible choices are Oleksandr ‘s1mple’ Kostyliev or Michal ‘Michu’ Muller. S1mple is a great player, but seems the unlikely choice as he seems impossible to work with. The more likely choice could be Michu as he has stood in for the team on a few occasions.

However, the state of Virtus.Pro’s polish rivals Hellraisers doesn’t seem quite as dire. The new addition of Vladyslave ‘bond1k’ Nechyporchuk gave them the consistent fragging power they were looking for to add on to Tomas ‘oskar’ Stastny. This worked out in the group stages against Optic and Virtus.Pro, but in the semi-finals the team collapsed against SK gaming. The biggest factor to the failure was bond1k, who had a horrific series. Bond1k’s performance on LAN is something to consider when this team goes to LAN in the future. However it has only been a week since he joined the team so the issues could resolve themselves.

Coming into the event SK Gaming wasn’t expected to do anything. They had bombed out at the MLG Major qualifiers, where Michael ‘Friis’ Jorgensen famously called out himself and his team as a bunch of onliners. There was no reason to believe the team would start showing up. But the team was able to pull out great performances against Selfless, Dignitas and HellRaisers to get to the finals.

Considering how SK’s 2016 has gone, it feels like this run is a fluke. The two important teams they played on the way to the finals were Dignitas and HellRaisers. Dignitas repeated their performance to fail when they were the favorite and HellRaisers had just changed roster a week earlier.

However it did show what the team was capable of on LAN. The two biggest positives for the SK moving forward are Andreas ‘MODDII’ Fridh and Jacob ‘Pimp’ Winneche. MODDII was the key player for SK on T-sides in his entry role and had maps where he was also the key CT player. Pimp hasn’t had a good 2016 so far. But in the finals, he showed up to play with a 30 kill in game 2 and top fragging in game 4. During the finals, Pimp was the best player on SK. If both MODDII and Pimp continue to perform at this level, SK could start becoming a dangerous upset team in international LANs.

The current iteration of the Tempo Storm lineup formed on November 29, 2015 when Ricardo ‘boltz’ Prass and João ‘felps’ Vasconcellos joined Gustavo ‘SHOOWTiME’ Gonçalves, Lucas ‘lucas1’ Teles and Henrique “Hen1’ Teles. The team has had a similar linear progression that the old Luminosity lineup had in 2015. Tempo Storm came to dominate the NA online scene and are considered the second best team in the NA region after Luminosity. The only question was how well they could perform on LAN.

They’ve had up and down results, from dropping out of the MLG Major Qualifiers to Flipside and then getting to a top six finish at IEM World Championship. At the time, many expected Hen1 to be the star of the team as he had incredible highlight AWP shots and was touted by Sam ‘Dazed’ Marine as the fastest reactions in NA.

As it turned out, Hen1 wasn’t the key to victory at all. Prior to CEVO 9, Tempo Storm had played 17 maps on LAN. At CEVO 9 they played 14 maps against teams close to or around their caliber. This gave a much better view of what the team identity was and we learned that the two big star players on the team were boltz and felps. Boltz consistently put on a high performance map after map through the entire tournament, with the most average damage per round (ADR) of anyone at the event. Most notably it was spread evenly across rounds, meaning he was continually either putting his team in 5v4 situations or putting them back into 4v4 situations and evening the game. He had constant impact for the team round to round.

The other big player for Tempo Storm at CEVO was felps. On the panel, Steve ‘Ryu’ Rattacasa pointed out that whenever felps went big in a game, Tempo Storm won. This proved to be the case at CEVO. With so many maps played Tempo Storm’s team identity seems to have solidified. Boltz seems to be the main output of consistent fragging across rounds, while Felps adds a secondary source of raw firepower and Hen1 adds a third more inconsistent form when he shows up. The most notable thing about Tempo Storm was their mental fortitude in the face of elimination. Despite close maps against both Dignitas and Virtus.Pro, the rising Brazilians were able to stay mentally focused, closing out maps and series against both teams.

As it stands now, Tempo Storm are in the upper echelon of the tier 2 teams and will now be going forward to try to challenge the upper tier teams such as NiP, Astralis, Na`Vi, LG and Fnatic. Going into DreamHack Austin they are the second best team there and should be in the finals if they don’t meet LG in the semi-finals. While LG lost early at DH Malmo, they were experimenting with expanding their map pool and got caught off guard by Tyloo’s style of play. LG know how Tempo Storm play as they are sister teams that live next to each other, so Tempo Storm can’t catch LG off guard.