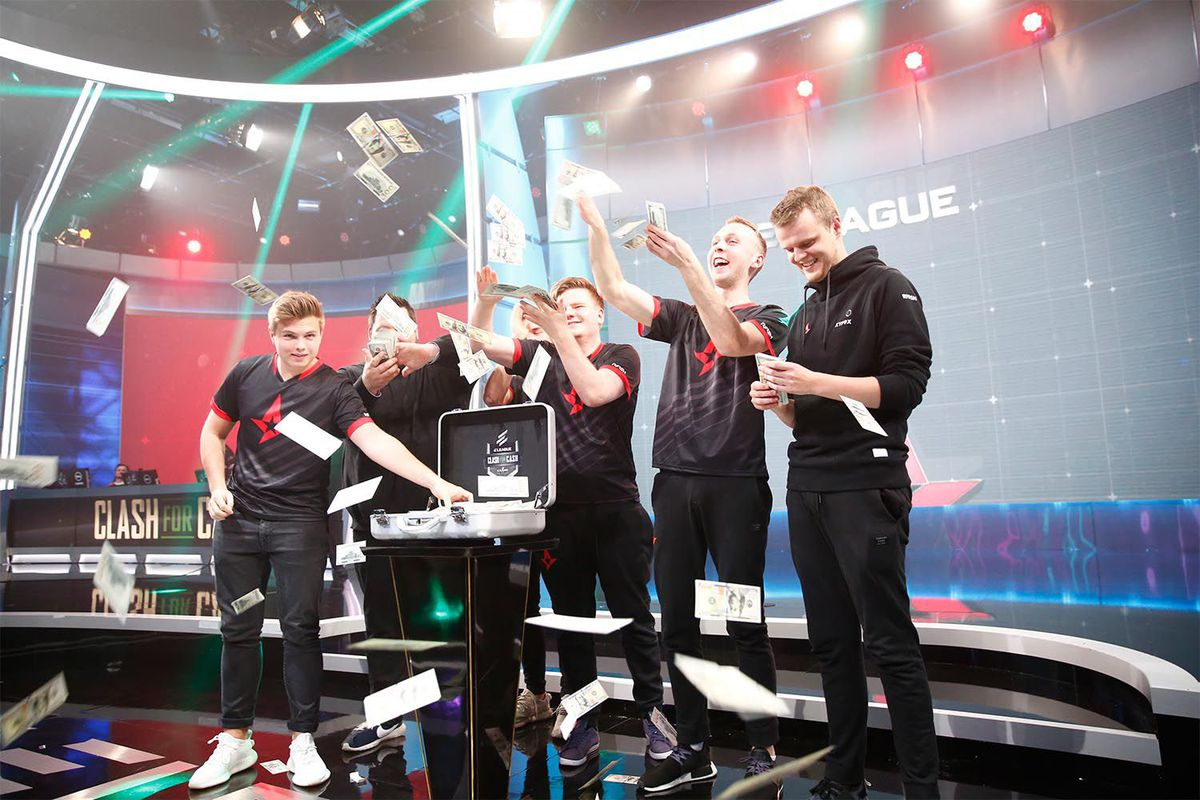 With their latest victory in London, SK Gaming have now won four of their last five international LANs and have become the game’s presumptive world leader.

This surge happened in large part due to a reworked map pool featuring Mirage, Cobblestone, and Cache, yet SK curiously chose not to pick or play Cache versus either Astralis or FaZe last Sunday, despite it being both teams’ second-to-worst map. SK obviously still won the tournament, but this double snub is yet another instance of a cold, hard shoulder being thrown in the map’s direction.

For the past year, Cache has been largely ignored by the world’s best teams and has seen its playrate plummet accordingly. Since the removal of Dust2, Cache has been the least-played map overall by a noticeable margin in premier-level LANs.

To put the above graph into context, across these six events, 233 maps have been played in total. If all seven maps were picked equally as often, each map would get 32.3 plays, yet Cache specifically saw 37 percent less action with 21 plays. In comparison, the two most popular maps, Train and Cobblestone, were played almost twice as often with 41 plays apiece.

In the playoffs of these same six tournaments, which will feature better teams and more consequential contests, Cache’s popularity doesn’t improve by much. Across 27 best-of-three series and three best-of-fives, Cache has only been picked or left as the third map remainder 11 times. With 96 maps picked or played in total, each map would be played almost 14 times if all seven were picked equally as often. As such, Cache is still about 20 percentage points behind.

Yet there are dramatic shifts elsewhere. Despite being tied for the most popular map overall, Cobblestone has only been picked or been the third map remainder 10 times. That’s largely because it happens to be the permaban of two ever-present playoff contenders: Astralis and FaZe. Overpass, on the other hand, has been played the next least overall with 27 plays, but has actually appeared in the most playoff series alongside Train, with 17 plays apiece.

Cache is not a newly released rework lacking the proper time for refinement like Inferno. It’s not the love-or-hate fiasco of Nuke. It’s not a specialist map favored by better teams in best-of-threes such as Overpass. It’s just unpopular. Sure, it’s clearly in the wheelhouse of SK, G2, and some tier-two teams, such as Immortals and HellRaisers, but it’s the permaban of Na’Vi and Virtus Pro. It’s the sixth-best map of Astralis, FaZe, and Gambit. Fnatic have only played on it twice since reforming their roster. And North have only won on Cache twice despite being pushed onto it seven times in 2017.

Why is it unpopular among the world’s best teams? Why have most of the fat cats chosen to make their fast stacks elsewhere?

Since the removal of Dust2, Cache has increasingly become associated with the classic map’s former reputation. Cache is now broadly characterized as the new go-to, highly skill-dependant, upset-heavy map. The assumption very well may be that the best teams in the world shouldn’t concentrate on Cache because they won’t get nearly as much return on investment. The map’s supposed variability and lack of strategic depth means that teams simply can’t attain or maintain a high level of mastery on the map, especially in comparison to something like Overpass or Train.

But this new-Dust2 characterization is too simplistic. When Cache first hit the international scene in late 2014, it was actually a very CT-sided map, as the Terrorists’ means of moving through the map was still highly unrefined.

In 2015, we saw two divergent philosophies develop as teams learned to win more and more T-rounds. On one side, Virtus Pro pioneered the modern mid-take and best figured out how to transition map control into round wins, which was further developed by teams such as Cloud9 under Sean “seangares” Gares. But on the other side, EnVyUs and Fnatic demonstrated the strength of low-utility, straightforward site takes, which relied far more on raw-skill and aim rather than tactical finesse.

Yes, unlike Cobblestone, there are plenty of ways on Cache for the CTs to make information plays or attempt mid-round pushes, which does make the map more skill-dependant than most. But the suggestion that playing the map provides next to no incentives for anyone other than loosest, least tactical teams seems like an overly broad, wayward generalization. The LDLC/EnVyUs/Fnatic T-side conception of Cache has perhaps been overrepresented in our perception of the map due to the more extreme success of these teams.

In 2017, we’ve seen more “hybrid” type teams have massive success on Cache. Since adding João “felps” Vasconcellos following the ELEAGUE Major, we’ve seen SK rack up a very impressive 8-2 record on the map on their way to becoming the apparent best team in the world. While the current iteration of SK is certainly looser and more reliant on the aggressive playmaking of Fernando “fer” Alvarenga and felps (in comparison to their past roster with Lincoln “fnx” Lau), they are still a team whose mode of success revolves heavily around teamwork and coordination. Now, SK have lost two of their last three contests on Cache, which presumably triggered their abdication from the map last Sunday. But their broader, quite dominant record on the map still suggests its overall viability for a team with a similar flair.

And elsewhere in the map pool, we’ve seen many high level teams move toward a map somewhat similar to Cache. Mirage, for example, was formerly seen as a CT-sided map, which has gradually become more balanced or even T-sided over time as teams have continuously improved the reliability of controlling mid. Also like Cache, Mirage allows for plenty on CT aggression in the early and middle parts of a round and is generally described as being on the more skill-reliant side of the map pool. Yet, Mirage is tied with Cobblestone as the most played map overall at premier-level LANs and is the third most played map in the playoffs of these same LANs. Sure, Mirage is permabanned by G2 and Gambit, but it’s preferred by SK, FaZe, Na’Vi, and Fnatic while also being in the middle of Astralis, North, and Virtus Pro’s pools.

What if this aversion at the top end of the scene towards Cache isn’t derived from some fundamental absence of benefit? What if many of the best teams in the professional scene happen to dislike Cache for their own reasons, despite its overall usefulness? Sure, its more skill-dependent nature might make upsets more likely, which therefore makes the map less attractive overall. But Cache’s blaring lack of popularity at present among the top teams might actually make it just as attractive or perhaps slightly more attractive than the alternative. And there are plenty of highly skilled teams around right now that could make great use of Cache.

With all the parity we are seeing in this present period, with both ESL One Cologne and the PGL Kraków Major just weeks away, Cache is somehow still an unclaimed territory for tier-one teams if you looked beyond SK and G2. Yes, there is some risk involved. Spending more time practicing Cache invariably opens up vulnerabilities elsewhere. But what’s stopping Na’Vi, Virtus Pro, Astralis, FaZe, Fnatic, or North from weaponizing this shared weakness against each other?