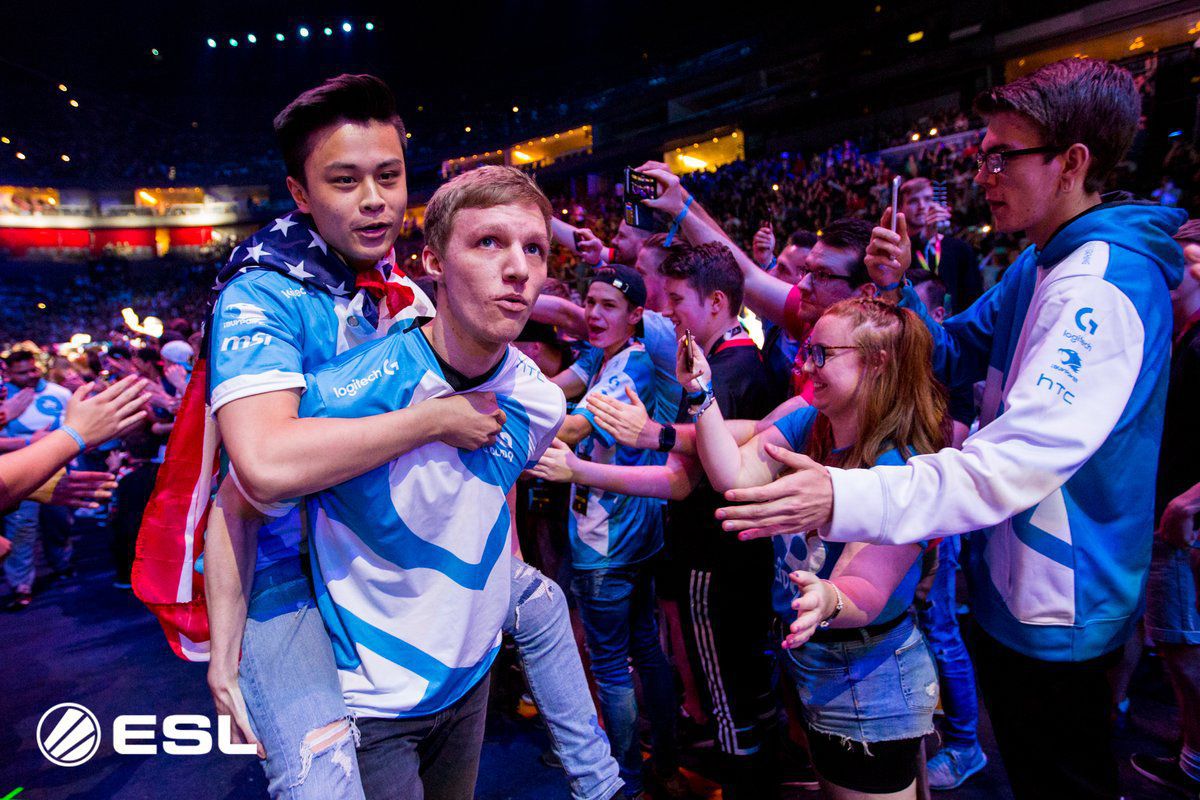 A lot more “USA” crowd chants will be heard at ESL One New York now that another North American team has gained a spot.

Cloud9 are the last team to qualify for this tournament, which will take place from Sept. 14 to 19 in the Barclays Center in Brooklyn, New York. To qualify for the $250,000 event, they beat L4Org (a team from the open qualifier) with a 2-1 map score, swept compLexity gaming 2-0, and closed out the bracket against Rise Nation 2-1.

The popular North American squad won the online qualifier with a new lineup that included Tarik Celik, Will “RUSH” Wierzba, Braxton “swag” Pierce, Jake “Stewie2k” Yip, and Tyler “skadoodle” Latham. Swag was standing in for Timothy “autimatic” Ta, while Tarik and RUSH are the newly acquired talents from OpTic Gaming. Autimatic will return to the roster for ESL One New York, even though they qualified with Swag under their banner.

Immortals, OpTic, and Misfits are notable teams that were absent from the qualifier due to variable player attendance issues among the three teams.

C9 join an intensely-competitive list of teams already with spots in this tournament. That lineup consists of Astralis, FaZe Clan, Team Liquid, Natus Vincere, SK Gaming, Virtus Pro, and the recently qualified Team EnVyUs. EnVyUs earned the last European spot earlier today, but the rest of the teams received invites months ago based on their performances at past ESL events.

Now that all of the participants have been determined, the stage is set for eight of the world’s best CS:GO teams to compete at ESL One New York.