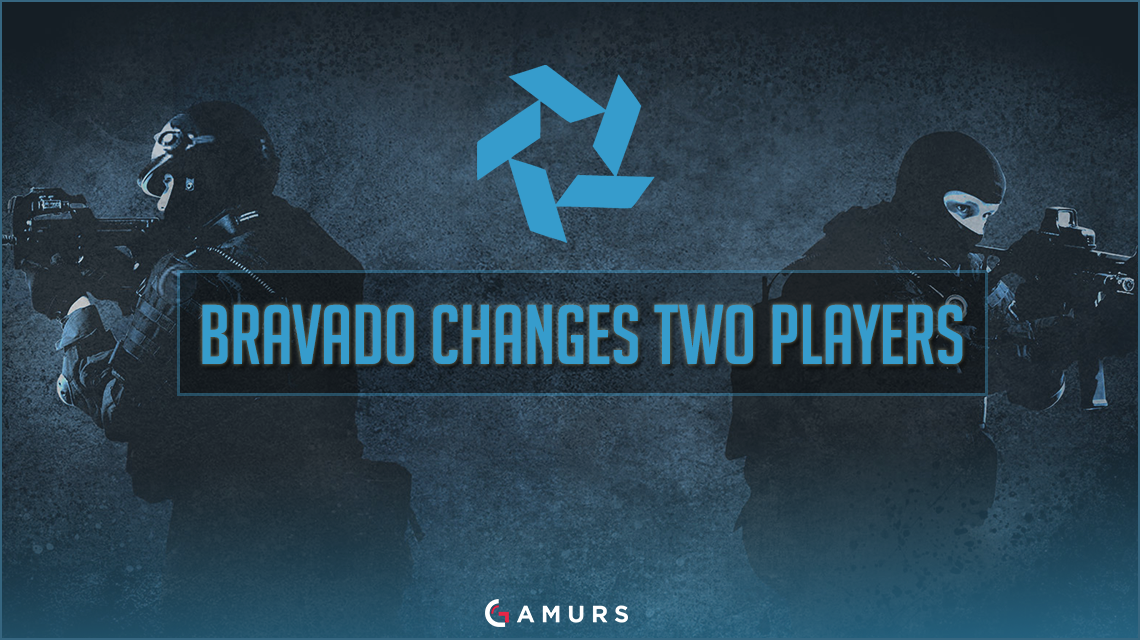 The South African team Bravado announced that they have parted ways with two of their players: Robby “bLacKpoisoN” Da Loca, who has received offers from multiple international teams, and Ashton “Golz” Muller, who has not yet announced his next step in esports.

The team most recently took part in the ESEA Season 23 Global Challenge, where they placed top-six, falling out in the group stages after losing to Rogue and LDLC. Bravado also placed top-16 at the WESG World Finals, where they lost to Space Soldiers and Team Kinguin.

To replace their two player, Bravado has brought on Rhys “Fadey” Armstrong and Johnny “JT” Theodosiou from carboN Esports.

The Bravado roster consists of the following players:

What do you think of Bravado’s new roster? Let us know by commenting below or tweeting us @GAMURScom.