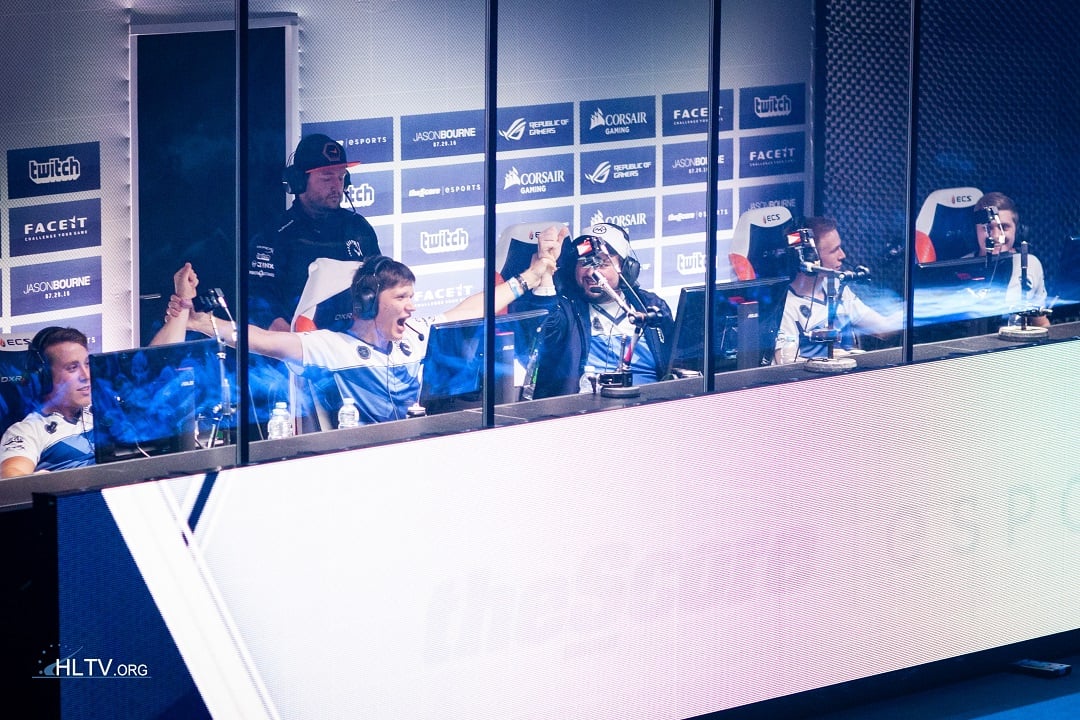 How did the rag tag North American crew take a series win off of the second best team in the world? It was a legitimate win, as Na’Vi is in great form, but Team Liquid just played better. Previously, one could say that Liquid’s wins against top European teams were not legitimate because they were in very poor form. However, this win against Na’Vi was a clear cut showcase of exactly how good Liquid can be.

On Twitter earlier this morning, I was having a discussion with some optimistic Liquid fans about this match in particular. Na’Vi going onto the semifinals and probably the finals was on all of our minds, but we still mused of Liquid winning against Na’Vi. In the eyes of his Ukrainian countrymen, nothing would be better than a win against Na’Vi to prove that Oleksandr “s1mple” Kostyliev is a top tier player. Similar to Thorin’s fantasies of Rene “cajunb” Borg getting revenge on his former teammates again, the first time resulting in him getting brought back on the team, I had dreamed of a crushing defeat at the hands of s1mple that would earn him the spot that he deserves on the top Ukrainian team. Now, that dream may become reality. s1mple and the rest of Team Liquid are too talented to ignore.

There has been some debate whether or not Na’Vi is back to the level they used to be at. One year ago, the entire game was on Ladislav “GuardiaN” Kovács’s shoulders, but over the past year, the other players have been improving. The rest of Na’Vi has become so capable that they can compete against top teams without GuardiaN, as evidenced by StarLadder i-League Invitational, where they nearly beat Virtus Pro with GuardiaN on the bottom of the scoreboard.

In addition to the increased skill of the rest of the team, GuardiaN has not been hurt by his wrist injury as much as people say he has. GuardiaN was cleared by his doctors to play again, and it was reported that GuardiaN has made a full recovery. GuardiaN is still among the top AWPers and players in his current state, but he’s just a bit less overwhelming.

On Liquid’s side, everyone is pitching in and contributing their share of game impact. Much of the time, s1mple has been leading the team in terms of game impact, but Nick “nitr0” Cannella has not been too far behind. Thanks to the efforts of Luis “peacemaker” Tadeu, plays made by Liquid’s stars have been backed up by the rest of the team. For Na’Vi, they played with the cohesion that Liquid is striving for, but they have largely been devoid of the skill that has delivered Liquid to the semifinals.

Speaking of underwhelming surprises, Spencer “Hiko” Martin has not been the driving force behind his team in this victory as was required in wins previously. Hiko played with the team but lacked the often flashy play we have come to expect from him, with the exception of the Nuke game. Liquid’s win without Hiko hard carrying the team contrasts Na’Vi’s loss with GuardiaN carrying the team. Can Liquid take it one step further and beat Fnatic?

Fnatic, like Na’Vi without GuardiaN in peak form, has not been playing to the standards we are used to seeing after Olof “olofmeister” Kajbjer Gustafsson’s wrist injury. Fnatic’s inability to secure wins against top tier opposition without olofmeister playing at his best was brought into question at tournaments like ECS just two weeks ago. However, Fnatic always has this weird sort of ability to become more confident in high pressure situations. olofmeister has been saying for weeks that his wrist has healed and all that he requires now is confidence. Since Majors are the highest pressure events of the year, there is no place better for olofmeister and the rest of Fnatic to regain the mentality of the best team in the world.

The big question here is whether or not Liquid will be able to stop Fnatic in their current form, and at the same time, prevent them from manifesting an even higher skill level. In order for Liquid to secure such a win and go where no NA team has gone before, the entire team must be playing at peak form, or Liquid’s play style must be a natural counter to Fnatic’s, meaning Fnatic would have to be weak to Hiko’s particular style of lurking. Fnatic has room to warm up in tournaments and series, but for an underdog like Liquid, they have to be hitting hard right away.

There are just too many win conditions that Liquid must possess in order to beat the giants that are Fnatic, which is why I have to say Liquid will not win this series. Two semifinal appearances at two Majors in a row is impressive. Team Liquid has a lot to be proud of, and very few teams can say that they have defeated Na’Vi. Hopefully soon, they will attend more tournaments and take an international title for themselves. And to those hopeful Liquid fans, who knows what will happen against Fnatic. It is almost the one year anniversary of Cloud9 beating Fnatic to go to the finals against Team SoloMid. At least Liquid’s impressive win against Na’Vi gives them a fighting chance.