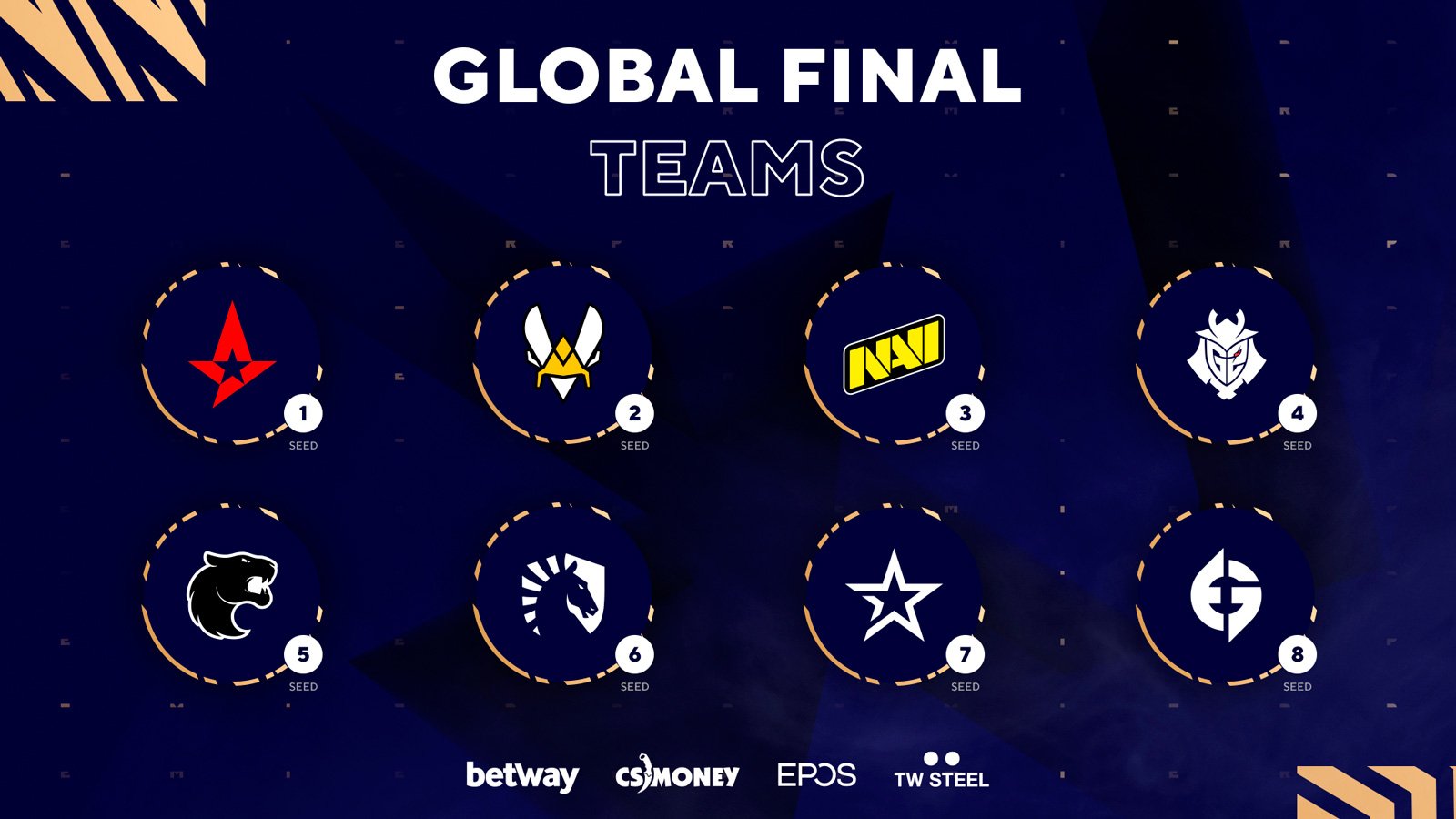 The official schedule and opening matches for the BLAST Premier Global Final, the first big CS:GO event of 2021, have been announced. Eight teams will face off in a double-elimination style bracket with $1 million on the line.

The opening match begins at 10:30am CT on Tuesday, Jan. 19, and features the resurgent Astralis fresh off a win at the IEM Global Challenge taking on the American Spring Finals winners in Evil Geniuses. Later that day, at 1:30pm CT, recently moved star NiKo and G2 Esports face off against the breakout NA team of 2020, FURIA Esports.

Wednesday, Jan. 20 kicks off with a meeting at 7:30am CT between the BLAST Spring Finals winners in Complexity and the BLAST Fall Finals winners in Team Vitality. Vitality finished 2020 strong with wins at BLAST and IEM Beijing. And while Complexity struggled to close out the year, some of their best wins have come at BLAST events.

The final first-round match will see the official debut of FalleN on Team Liquid when they face off against s1mple and Natus Vincere at 10:30am CT. The action on Jan. 20 will finish with the first of the lower bracket matches, meaning one team's journey will be over by the end of the second day.

After the dust settles, the BLAST battleground won't lay dormant for too long, though. The BLAST Spring 2021 season will begin on Feb. 4.