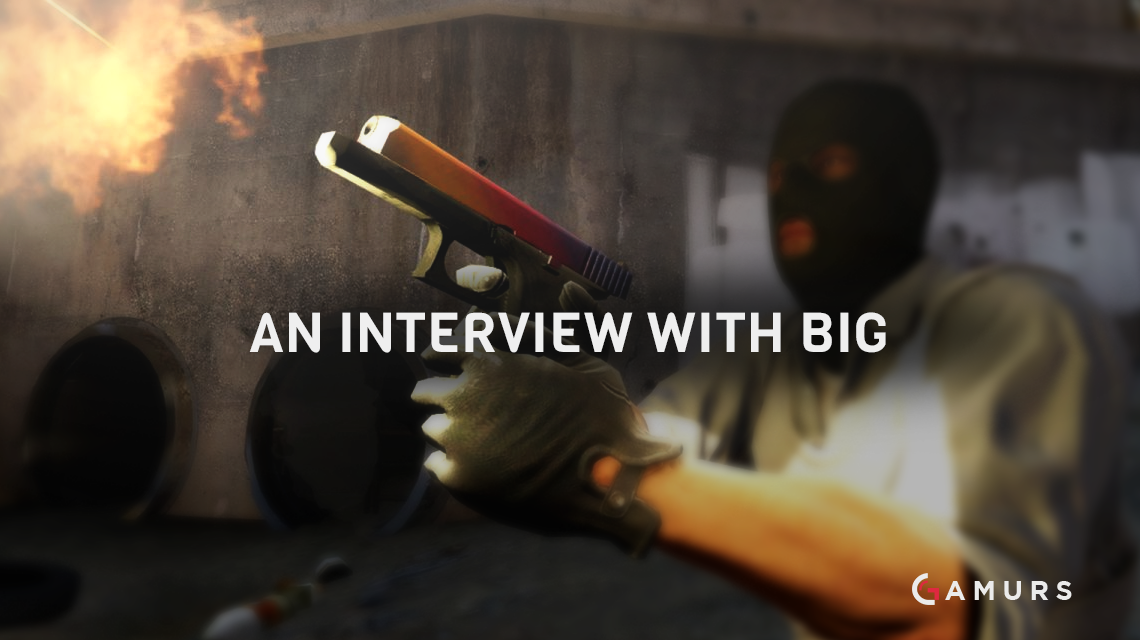 The guys over at BIG were kind enough to answer some questions at DreamHack Leipzig, despite having a very full schedule. We asked them about future aspirations, information about their team and more.

How have Gob b and tabseN fitted into a predominantly-German team? Have they/you found it easier to work as a unit than your previous team, NRG?

tabseN: “On international mix-teams, you will always have a language barrier. Even if your English is good, thinking about translations can cost you important seconds. It’s easier to communicate in your native language for sure, so it was the most important request to have a 100 percent German team.”

Since DH Leipzig is your first tournament together, how have you guys prepared for the games and has it been easy to come together as a team, as some of you have already played together before?

tabseN: “We had only two weeks of practice, featuring a three day bootcamp in Berlin. It’s for sure a small advantage that the NRG trio can use some of their setups in-game. Bringing in nex and keev isn’t a big problem, since they both filled the same roles as ptr and FugLy.”

Nex is known for being a player capable of huge carry performances but not always being able to produce these. Is his consistency something you are worried about?

LEGIJA: “Nex lost most of his positions since mousesports brought in NiKo again. Under gob’s lead, he had the freedom to play his best spots and it’s possible that the change affected his gamestyle and confidence. He had a long break now based on his departure from mousesports and a wrist issue, but he feels better and really enjoys the new team’s setup. He is confident he can do heavy damage, as you could see in the match against Vega Squadron.”

Over-saturation is an issue at the moment in the CS scene with the same teams constantly appearing in events and being burned out. Do you think Tier 2/Tier 3 events like this are the answer for overcoming this problem, giving both a platform for smaller teams/players and a respite for the top teams?

gob b: “No team is forced to play too many tournaments and events. You should always focus on the big ones and try to pick leagues cleverly around them. I think it´s a mismanagement by the teams or organizations. You need to find a good balance for yourself. It’s really important to keep the local events alive for your community, and even if you have some “smaller” names participating, like here at DH Leipzig, there will always be a good show. We need those events as well to give uprising stars the chance to show themselves.”

Realistically, where do you see yourselves at the end of the year? Is reaching the Major a large goal for you and do you think this event will be the start of your rise to reaching something like that?

keev: “We would be happy if we can reach the top-20 before the end of the year. Reaching a Major is always a priority and our big goal, but since really good teams failed to qualify for the ELEAGUE Major, it doesn’t get easier. We just need to keep up the good work and see what’s possible.”

Do you think player owned organizations are the way forward? What about owning your own organization is appealing to you?

nex: “There is always some pros and some cons about this topic. In our case, the players wanted to do it and we have all the trustful people around us that we need. I can’t speak for other players or organizations, but we are happy with our decision.”

BIG answered these questions during the event weekend, so this may not be fully up to date. We’d like to take this opportunity to thank them once more for fitting this interview into their schedule, and congratulate them for a great debut tournament in Leipzig.

What are your thoughts on BIG’s performance in Leipzig? Let us know by commenting below or tweeting us @GAMURScom.

This interview was edited for clarity. The changes don’t effect the answers at all, they only make them read better.