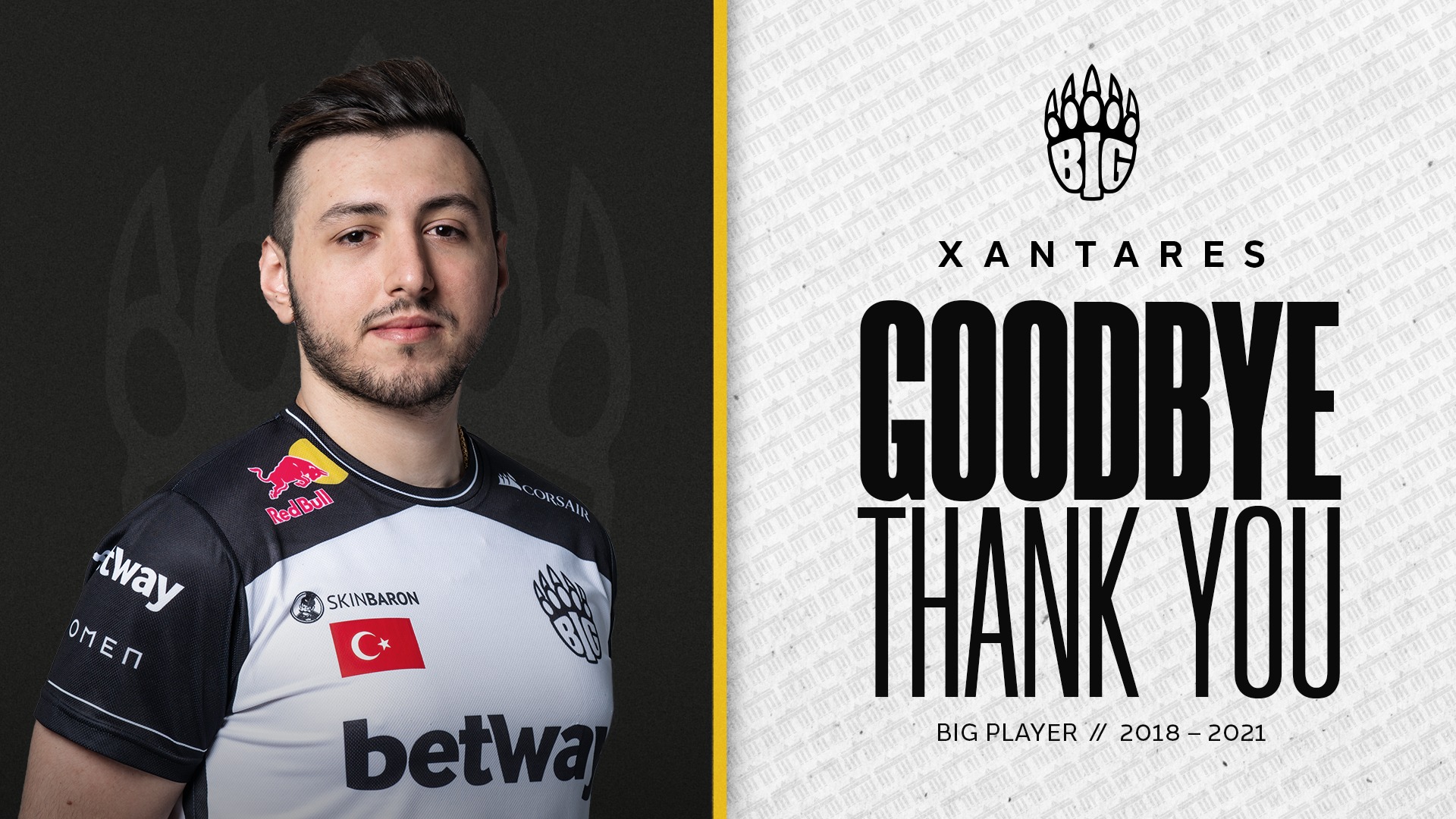 Ismailcan “⁠XANTARES⁠” Dörtkardeş is no longer under contract with BIG, the German organization announced today. The Turkish CS:GO star’s departure comes two weeks after he stepped down from the team’s active roster following the addition of Nicklas Gade during the summer player break.

XANTARES is now free to sign a contract with a new team. BIG confirmed that he’ll continue his professional career in a full-Turkish lineup, adding more fuel to Gamerbase’s report that its former star is set to join a domestic superteam alongside former Cloud9 and mousesports AWPer Özgür “⁠woxic⁠” Eker, who said in June that he’d return to competing with a new team.

“We made the decision to fulfill XANTARES’ wish and to prematurely dissolve his still-active player contract,” BIG’s CEO Daniel Finkler said in an official statement. “Thereby, we would like to contribute to helping XANTARES continue his playing career with a Turkish team. From the bottom of our hearts, we wish him all the best and much success with his new team and would like to thank him on behalf of everyone for his achievements and successes with BIG. The same goes for our outstanding Turkish community. Thank you for your fantastic support throughout the years.”

XANTARES was under contract with BIG for the rest of 2021 after signing a one-year extension in 2020. The Turkish rifler joined the German side from Space Soldiers in December 2018 and helped them win plenty of tournaments last year, including DreamHack Open Leipzig in January 2020, DreamHack Masters Spring Europe in June 2020, and DreamHack Open Summer Europe in August, where he was elected the MVP of the competition. He averaged a 1.13 rating over this period, according to HLTV’s statistics.

Gamerbase reports that XANTARES will join forces with woxic and Buğra “⁠Calyx⁠” Arkın, who are the other two most well-known Turkish CS:GO players and have been in free agency for quite some time. With XANTARES cleared to sign with a new organization, the project might be revealed in the coming weeks.