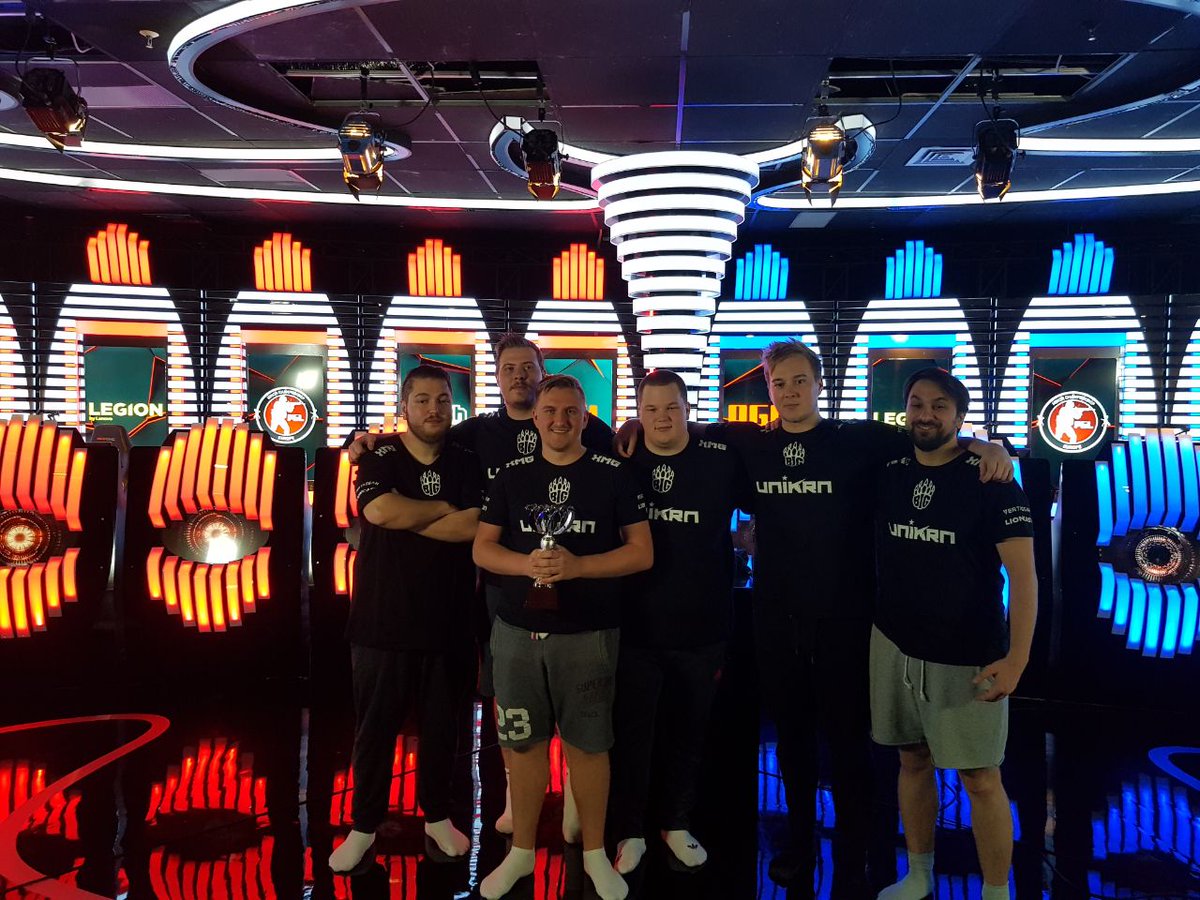 The teams for the PGL Krakow Major Offline Qualifier have been finalized with BIG, Penta Sports, and Team Dignitas taking the final spots in surprising fashion.

Fatih “gob b” Dayik’s German team finally attained a notably positive result for the first time since the team’s genesis in January.

BIG beat Team Kinguin easily on Train 16-8 before facing Ballistix, Fnatic’s rebranded academy team. Late Counter-Terrorist heroics from BIG on Cobblestone gave them a 16-14 edge over Ballistix, essentially eliminating Ballistix in the group stage of the minor. BIG finished the minor group stage at 2-0 in Group A.

In the playoff bracket, BIG fell to Dignitas 2-0 (25-21 triple overtime Mirage; 16-5 Inferno) in the semifinals, but they later dealt a vengeful sweep against the same international team in the consolation final (Cache 16-14; Overpass 16-14) after sweeping Team EnVyUs. Their upset against EnVyUs in the lower bracket final rattled the boys in blue, and many French Counter-Strike fans who assumed EnVyUs’ road to the major was easy.

BIG’s 2-0 victory (Train 16-3; Overpass 16-6) over Penta in the grand final earned them the first European seed at the PGL Krakow Offline Qualifier.

Penta’s weekend at the minor turned out well, with their only loss throughout the entire weekend coming against BIG.

Although they experienced a slight relapse toward the end of their match against iGame, Penta came out on top 16-14 on Inferno. Their warm up against iGame prepped them for an easier Inferno game against Dignitas, which ended at 16-8. Penta went 2-0 in the group stage as a part of Group B.

Penta dropped EnVyUs to the lower bracket of the playoffs after a successful Terrorist-sided Cobblestone (16-11) and an even more dominant Cache (16-6), concluding the semifinal 2-1 in three maps. The upper bracket final against Dignitas had a similar 2-1 result as the international squad had two favorable 16-13 scorelines on Mirage and Overpass.

Penta would later fall to BIG in the grand final of the minor, resulting in them having the second European seed at the offline qualifier.

Dignitas’ time in Bucharest is best characterized as a roller coaster of emotions.

A fantastic Counter-Terrorist side against Team LDLC gave Dignitas their first group stage win on Inferno 16-8. Despite losing to Penta in their next Inferno match with the same 16-8 scoreline, they brought the heat in the decider match against LDLC. A late overtime choke from LDLC on the last map, Inferno, gave Dignitas the final minor playoff spot with a 2-1 victory (Cache 16-6; Inferno 19-17).

Dignitas’ playoff run started off healthy with a 2-0 sweep of BIG, which included a triple overtime 25-21 victory on Mirage and a 16-5 win on Inferno. The Ricardo “fox” Pacheco-led team eventually ended their playoff run after a 2-1 loss to Penta and a 2-0 sweep against BIG.

The list of teams that will be attending the offline qualifier are shown below in the second row of the flow chart. Notable teams not in attendance–due to failed minor region qualification–include Ninjas in Pyjamas, Team EnVyUs, CLG, and Misfits.

BIG, Penta, and Dignitas join a stacked set of international teams who are hungry for a spot at the Krakow Major in late July.

They will compete at the main qualifier for the Krakow Major from June 29 to July 2 at the Tauron Arena in Krakow, Poland.