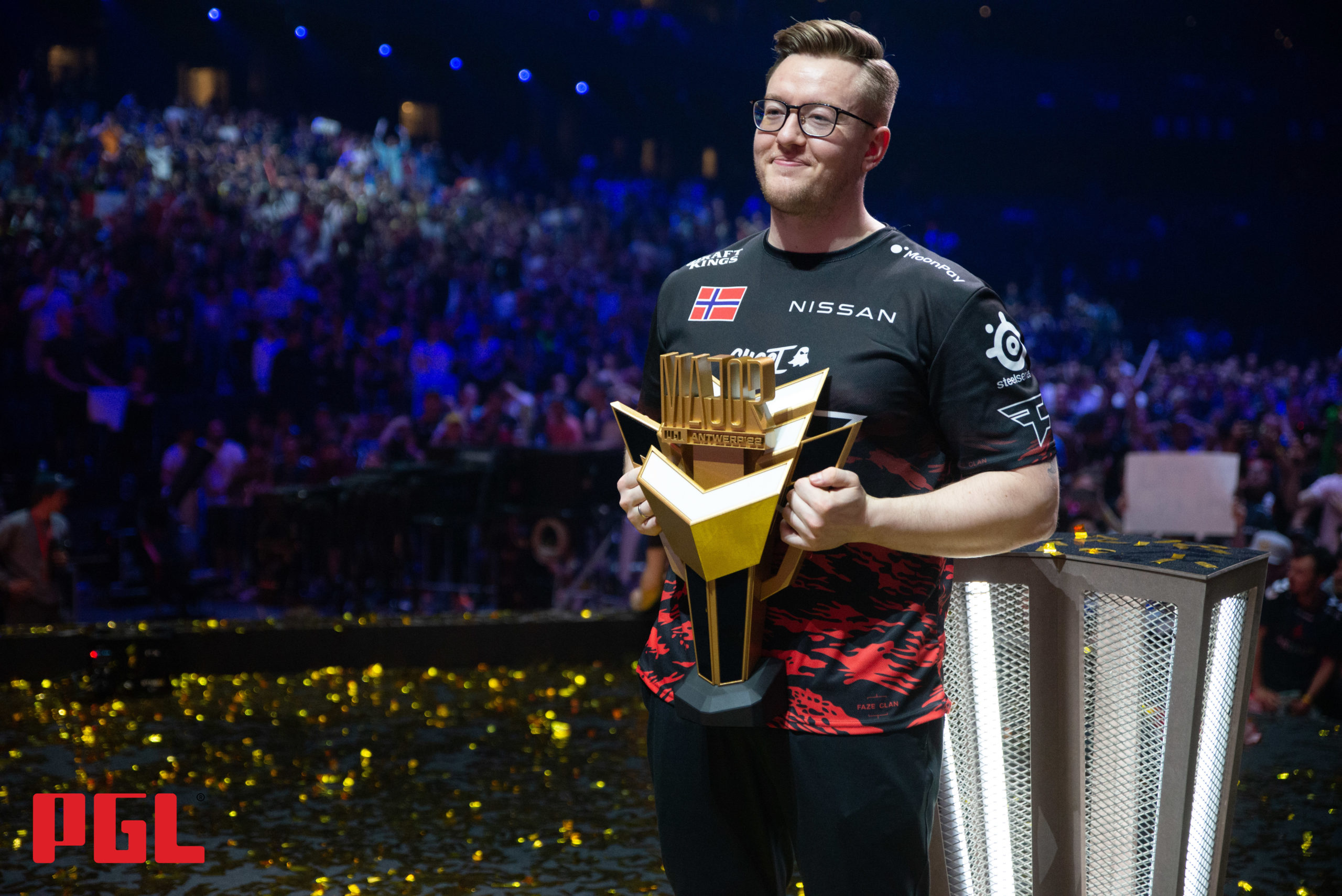 The PGL Antwerp CS:GO Major concluded on May 22 after FaZe Clan beat Natus Vincere to secure their first-ever Major title.

The $1 million competition was fierce and delivered moments that will forever stay in the minds of CS:GO fans. The viewers saw incredible upsets, giants failing to reach playoffs, and heavy underdogs play in front of the crowd. And of course, there were plenty of highlights during PGL Major.

We have separated the best highlights of the PGL Antwerp Major so you can relive the most special moments from the first CS:GO Major of the year. Our selection includes kills with the AWP, rifles, and pistols, to please every type of fan. Here are the best plays of the PGL Major.

The Russian prodigy Ilya “m0NESY” Osipov played his first Major at PGL Antwerp and had stellar performances throughout the event despite G2 not advancing to the playoffs.

The match against Imperial was quite controversial due to M0NESY abusing a smoke bug on Mirage that allowed him to see his opponents while remaining invisible. The AWPer received so much flak for it that not a lot of people will remember this flashy one-vs-three clutch that kept Imperial behind on the scoreboard.

René “⁠TeSeS⁠” Madsen is one of the best players with the AK-47 when it’s about mechanics, spray control, and accuracy. Heroic played Na’Vi in the quarterfinals of PGL Antwerp Major and could have lost on Inferno if TeSeS didn’t win this clutch where he killed Ilya “Perfecto” Zalutskiy and flipped 180 degrees to also take the head of Valerii “b1t” Vakhovskyi. After TeSeS made that play, Na’Vi went on to lose every round until Heroic reached 16.

5) RigoN shows off his USP-S against MIBR

When you’re playing a pistol round in CS:GO, it is all about hitting that sweet headshot. Rigon Gashi was set up by Genc “gxx-” Kolgeci while MIBR took Ramp control, and it worked to perfection as the Brazilians did not clear his position and rigoN delivered four precise USP-S headshots to essentially seal the round.

Boris “magixx” Vorobyev was left alone with just his M4A1-S and a dream after FaZe successfully took the A site and planted the bomb. Instead of saving the weaponry, he moved forward and beat all the remaining FaZe players one by one as they foolishly didn’t fight him altogether. The Russian got three kills with the M4A1-S and got rid of Håvard “rain” Nygaard with an AWP he picked up off the ground.

Nicholas “nitr0” Cannella was a true Captain America against Astralis in the last elimination series of the PGL Antwerp Major Challengers Stage. He saved Team Liquid not once but four times on Ancient with much-needed clutches while using more than one weapon. Three of the clutches were crucial as Liquid was down 9-12 in the scoreboard, then 10-12, and the last clutch put them ahead on the map 13-12. Thanks to nitr0’s heroics, Liquid ultimately won the map and series.

The odds of pulling off a Desert Eagle ace against a full buy against pros are very, very low. After all, the hand cannon is one of the most difficult weapons to master in CS:GO and is not an automatic gun.

Fortunately, Emil “Magisk” Reif doesn’t seem to care about what may seem unlikely or impossible. Instead, he took matters with his own hands against Heroic on Overpass and headshot all of his opponents. Vitality were down 6-2 and this Desert Eagle ace motivated the team to push forward and fight back.

Rain is possibly the best player in the world with the USP-S. He has the calmness to hit his headshots even when he is under pressure, and in the grand final against Na’Vi, none of his FaZe teammates could hit their shots in the second pistol round. They had rain to save the day, though.

The Norwegian star got the first on T Ramp, then rushed Mid and got one more. He moved through short and killed the bomb carrier before eliminating the players supposed to provide cover, exciting the crowd at the Antwerps Sportpaleis.