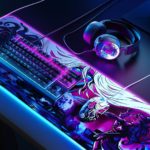 The holidays are coming and there’s no better time of the year to reward those close friends and family with a thoughtful gift.

Even though Counter-Strike isn’t getting any younger, the game still manages to attract new fans every year and retain those who fell in love with it a long time ago. The PGL Stockholm Major hit audience levels never seen before in CS:GO esports and served to ignite the fire in those who moved on from the tactical shooter to play other games or follow other esports during the COVID-19 pandemic.

If you have a friend who’s deeply passionate about CS:GO, this gifting list we assembled should provide you with more than one good idea, regardless of your budget.

Here are the best gifts for CS:GO fans this holiday season.

SteelSeries, one of the most traditional gaming accessory companies, has put out a new set of peripherals totally inspired by CS:GO’s Neo Noir skin, which is available for the AWP, M4A4, USP-S, and Glock.

If you think your friend is in need of upgraded peripherals and they enjoy CS:GO, this collection could come in handy. It features two mousepads, a mouse, and a headset. You can buy all of them separately, too. 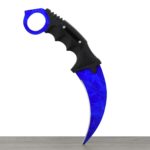 Continuing on the theme of CS:GO skins, this sort of item never gets old. These knife replicas allow fans to get their favorite skin in real life and are cheaper than a lot of in-game skins as well.

If you browse the internet, you’ll find stores that are entirely dedicated to making these items, whether you want a sharp edge knife or just a toy-like one. They may have the same size as a regular knife or be small enough to use as a keychain.

As if it wasn’t enough for Gabriel “FalleN” Toledo to be the godfather of the Brazilian Counter-Strike scene, he’s also signed an exclusive deal with Valve to design a licensed clothing collection based on CS:GO.

It took time for it to be approved, but it’s finally ready for sale. The Apollo collection features T-shirts, hoodies, pants, and hats. For now, it’s only available in Brazil. But there’s no way FalleN won’t want to expand this idea to other markets as well.

There’s perhaps no better way to show how much you love and support a team than wearing their jersey. As the years have gone by, more and more organizations started to focus on their own merch and come up with unique designs for both their players and fans.

You can generally find a team’s merchandise on their own website. But if the organization is partnered with ESL, there’s a great chance you’ll find it over there, too. Some of the jerseys might be a bit pricey, but your friend will likely wear it a lot, especially when they’re cheering for their favorite team.

Epics.gg launched a set of CS:GO licensed trading cards this year in collaboration with ESL that features teams and players in normal, gold, and holographic editions. The more legendary the card is, the more luck you’ll need to find it in packs, though.

There are different types of packs on sale and each CS:GO trading card is uniquely tracked, meaning you can scan the QR code on the back of the card to register it and unlock its digital twin in Epics.gg’s app. The owners of these cards can collect them and use them to compete in the Epics: RUSH – The Game.

How about buying a piece of art that will serve to decorate someone’s house? These posters are beautifully made, even if you don’t know CS:GO. But they’ll be deeply significant if you give one to a friend who loves the game.

There are posters available for almost all of the CS:GO maps, featuring the bombsites and some of the most well-known positions. You can buy one and frame it so whoever gets the gift can hang it on one of their walls.

The Hyper Beast is one of the most iconic skins in CS:GO, so much so that SteelSeries made a mouse and mousepad based on it years ago. Since we already listed a peripheral line based on a skin, though, we thought about an item that’s much more casual.

There are few items more important than a wallet when you have to leave your home for shopping or to just hang out. So whoever is the lucky person to get this, they’ll likely be using it a lot.