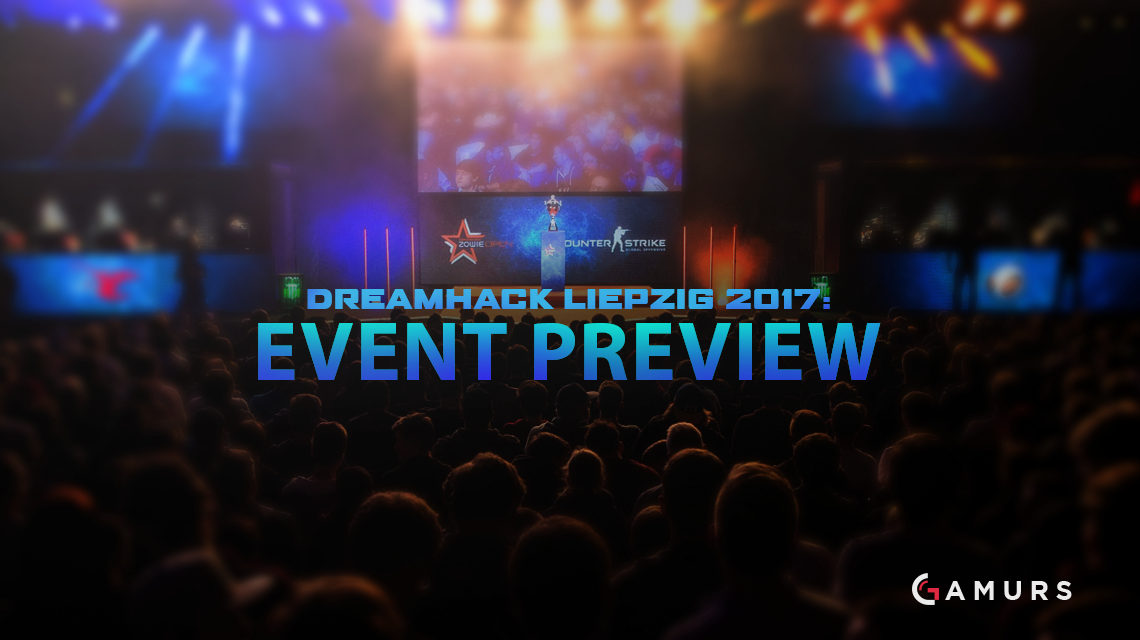 This weekend marks the first of many DreamHack Open events. With the major just around the corner and WESG 2016 on the same weekend, the teams attending aren’t exactly tier-one, however, it promises to be just as competitive. The eight teams attending and the groups for this $100,000 event are as follows:

This team hasn’t been together very long, so DreamHack will be their first official tournament. With that being said, I do not have much to say about these guys. Maikelele and wenton have both featured on some top tier teams and Maikelele even won a tournament with Ninjas in Pyjamas while he was filling in for Jacob “pyth”  Mourujärvi. wenton was featured on Fnatic alongside some of the greatest players in the world, but had a quite a few underperformances. In terms of what we can expect from this lineup, my gut says not a lot considering the other teams attending. It’ll be interesting to see the inner workings, and perhaps we may see the beginning of a new strong Swedish team.

This Danish/Bulgarian mix team has been doing work recently, beating GODSENT in a best-of-three in order to qualify for the Global Challenge and then going on to win the ESEA Season 23 Global Challenge. At that event, they only dropped one map, which was a best-of-one against LDLC. Later on in the tournament, they beat them 2-0 in the finals, which included a 16-2 win. These guys stand a strong chance of placing high at this event and I pit them as one of the favorites for the championship.

What more can be said about these guys? They took down one of the greatest lineups in all of CS:GO history at the Major Main Qualifier, beating NiP 16-2 and sending them home empty-handed. The team seems to have some explosive players in the form of chopper and mir, and I am excited to see this squad at another tournament. I’m painting these guys out as my dark horses of the tournament, as they will either do some major damage or crash out early. I hope it is the former, as it’ll make this event that much more exciting to watch.

LDLC has a huge amount of potential. The leadership of Ex6TenZ, backed up by the star power of to1nou and xms, makes this squad scary. To1nou has the ability to come alive in a match with his AWP and xms is a pretty good rifler. You’ll often find these two at the top of the scoreboard, win or lose. There is evidence of some inconsistency, for example, in the final vs. Rogue. Not a single player looked comfortable on the first map and their whole team had nine fewer kills than v1c7oR and bubbles combined. In map two, the team made a comeback but to1nou was non-existent. This tournament is going to more difficult than the ESEA Global Challenge, so it will be good to see how they fare against tougher opponents.

Heroic was, for a short time, considered the best Danish team. After the rise of Astralis and North, however, Heroic will hold that number three spot in Denmark for a little longer now. These guys are ranked 18th in the HLTV world rankings, and after a rough European minor, we haven’t seen much from them. They lost 26-22 to Epsilon and 2-1 to HellRaisers. The team won the IGL 2016 Grand Final, which featured some pretty good Chinese teams in the form of VG.CyberZen and 5POWER, but in terms of tier one/two teams, we haven’t seen much. They failed to qualify for DreamHack Masters Las Vegas, losing to FlipSid3 Tactics in a best-of-three. If they can make it out of their group (which I think they can), Heroic may have a chance at revenge.

FlipSid3 Tactics has been a name ingrained in Counter-Strike for many years now and some of their players have been around for awhile. B1ad3 has been considered one of the all-time greats when it comes to in-game leading, while markeloff has been a staple name on FlipSid3 for almost two years now and played alongside Oleksandr “s1mple” Kostyliev and Mikhail “Dosia” Stolyarov before then. WorldEdit has long been considered a star AWPer, but he and his team are yet to show us any real promise of battling at the highest levels of Counter-Strike. When you place a team like FlipSid3 among the teams at this event and you consider their past, you’d think this is a pretty easy win for them. The reality is that I am not so sure, because these teams are so equally matched in terms of skill and upset potential. If FlipSid3 did not make it out of the group stage, I would still consider it an upset as they are the only ones who are in the major. Regardless, this tournament could be a good gauge of how well they will perform at ELEAGUE.

In all honesty, I am not sure what to expect from these guys. They are a young team battling among some of the oldest talent in the game, as well some up-and-coming teams; Rogue, Heroic and Vega are all on the precipice of making it into the top-20. If you look at their group, consisting of qwerty, LDLC and Heroic, they are going to have a real tough time getting into the playoffs. Plessen had a small stint on Fnatic while Olof “olofmeister” Kajbjer was injured, but he severely underperformed, so it will be interesting to see how he has improved.

The trio from NRG has united alongside nex from mousesports and LEGIJA from PENTA to form the player organization BIG. The one thing I see this team struggling with is key players underperforming. gob b has been struggling recently with his consistency in terms of fragging, whether that is during games his team has won or lost. To put this into perspective, he has had an HLTV rating above 1.0 six times in the last 45 matches he has played. Although he is a good in-game leader, his personal performance will need to improve if BIG is to perform, as LEGIJA has also been known to struggle. The key player for me is nex. If he can be positioned well and hit his shots, BIG could get some upsets.

The tournament will be running Jan. 13-15 and will be streamed on Twitch.tv/dreamhackcs. The event is set to start at the follow times:

This event will be covered live from the event itself in Germany this week by @GAMURS_tnm and @clootch_cs. Keep an eye on our Snapchat for an exclusive look at the event from the ground and make sure you are following @GAMURS_CSGO for match-by-match recaps and live tweets as the games go down.