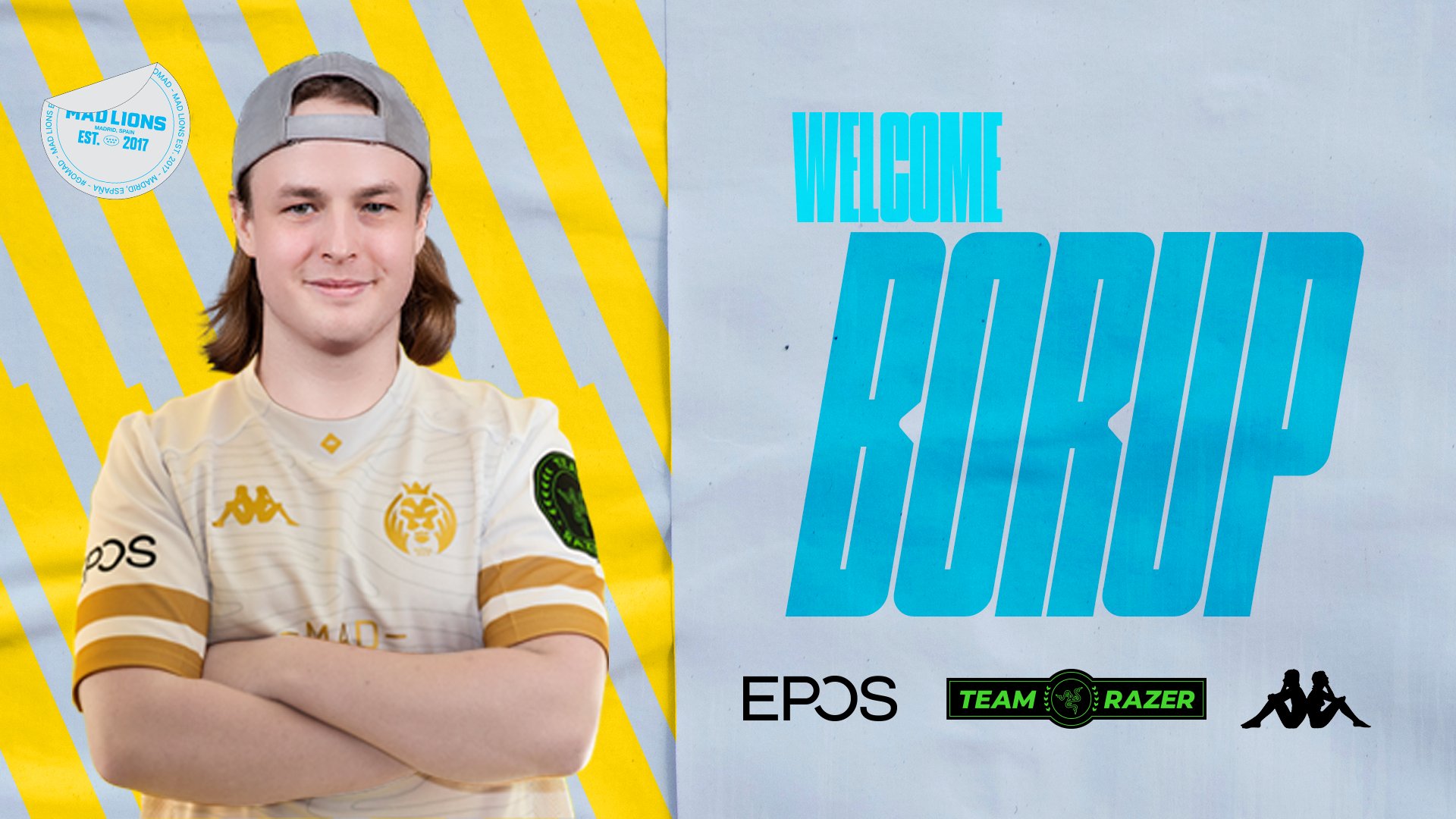 MAD Lions has acquired Johannes “b0RUP” Borup from Heroic, the organization announced today. The move sees the international CS:GO team transition once again to a six-man roster after being down a member due to the departure of Teodor “SPELLAN” Nikolov earlier this month.

B0RUP had been on the sidelines since February when Heroic removed him from the starting lineup alongside Nikolaj “⁠niko⁠” Kristensen to create space for the arrivals of Ismail “refrezh” Ali and Rasmus “sjuush” Beck. During his stint with the Danish organization, he helped them win some of the most notable online tournaments in 2020, such as ESL One Cologne Europe and DreamHack Open Fall in August and October, respectively.

The Danish rifler wasn’t totally inactive during his period on Heroic’s bench, though. He was one of the members of HYENAS, a non-sponsored team that also featured Nicklas Gade, Philip “aizy” Aistrup, and Markus “Kjaerbye” Kjærbye, which fell apart after the latter retired in late June.

MAD Lions will be testing a different setup in the second part of the season since Thomas “TMB” Bundsbæk has taken over the in-game leadership duties that belonged to SPELLAN, the team’s head coach Jakub “⁠kuben⁠” Gurczynski told HLTV.

“From the beginning of this project, in the back of our heads, we had a plan to bring an experienced player to the team who could complete it,” kuben said. “With b0RUP, we believed to have found the perfect fit for that. We believe that by combining the experience that b0RUP will bring to the team and the youth’s hunger for success, we will improve our results from the previous few months.”