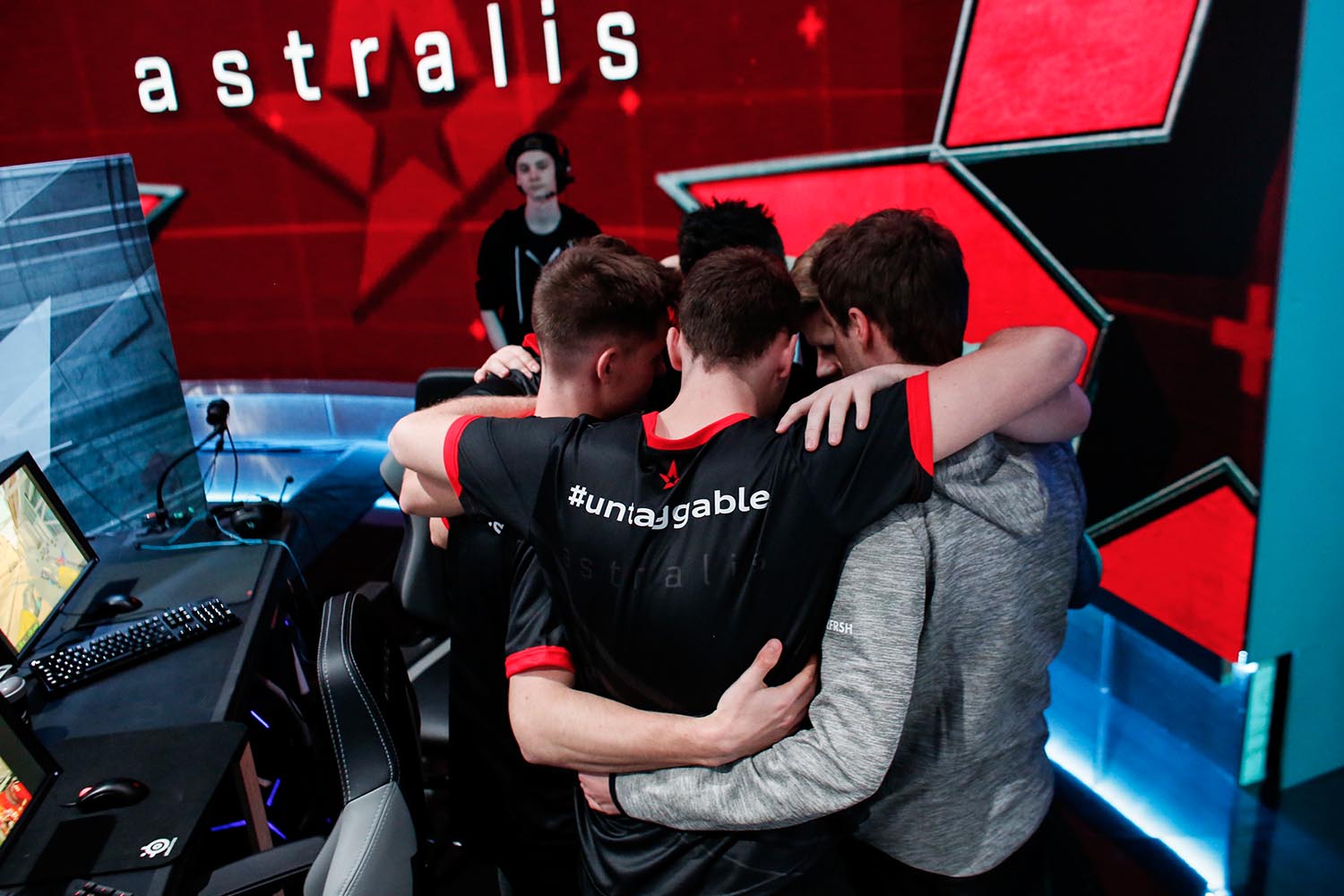 The ELEAGUE Major’s first playoff game is finished, and it was Astralis that ultimately won the series after an intensive three-map battle.

In a surprising twist, the heavy favorites Na`Vi ended up falling to the Danish squad, despite having the strongest group stage performance of any team at the event.

Beginning on Overpass, Astralis were quick to establish a devastating lead on the map, ending its half as Terrorists with a dominating 12-3 round score. The few bright spots for Na`Vi in the first half were primarily individual performances. An absurd display from the team’s Russian star Egor “flamie” Yasiliev in the tenth round, where he took down three players with a Desert Eagle, was one of the main highlights. While the second half of the map started off with a victory in the pistol round for the Eastern Europeans, Astralis had more than enough rounds to play with, and closed out Overpass in a convincing 16-7 victory.

The second game of the series was played on Mirage, and Na`Vi quickly established themselves on the Terrorist side, winning seven straight rounds. Astralis answered back following the tenth round, however, and grabbed five rounds in a row to bring the first half to a 9-6 scoreline.

Playing as Terrorists, Astralis kept the momentum going and won three more rounds before Na`Vi answered back. The Eastern Europeans proceeded to tie the game up in the 28th round, despite the best efforts of Astralis’ Nicolai “device” Reedtz, who had amassed 24 kills throughout the game, and ultimately ended up claiming the map after winning the two last rounds.

The match would be decided on Dust2, a map Na`Vi dominated on during the team’s group stage game against SK Gaming—and the team got off to a flying start after winning the pistol round. When they were down 6-2, however, Astralis answered back by winning six additional rounds in a row, ultimately ending the first half with a score of 8-7 in Na`Vi’s favor.

Astralis kept their momentum going during the second half, and aside from Na`Vi taking two rounds, the Danes showed no mercy for their opponents. After a grueling series Astralis took home the first quarterfinal of the ELEAGUE Major.

The first day of the ELEAGUE Major playoffs will resume with Fnatic vs Gambit at 2:30pm ET.