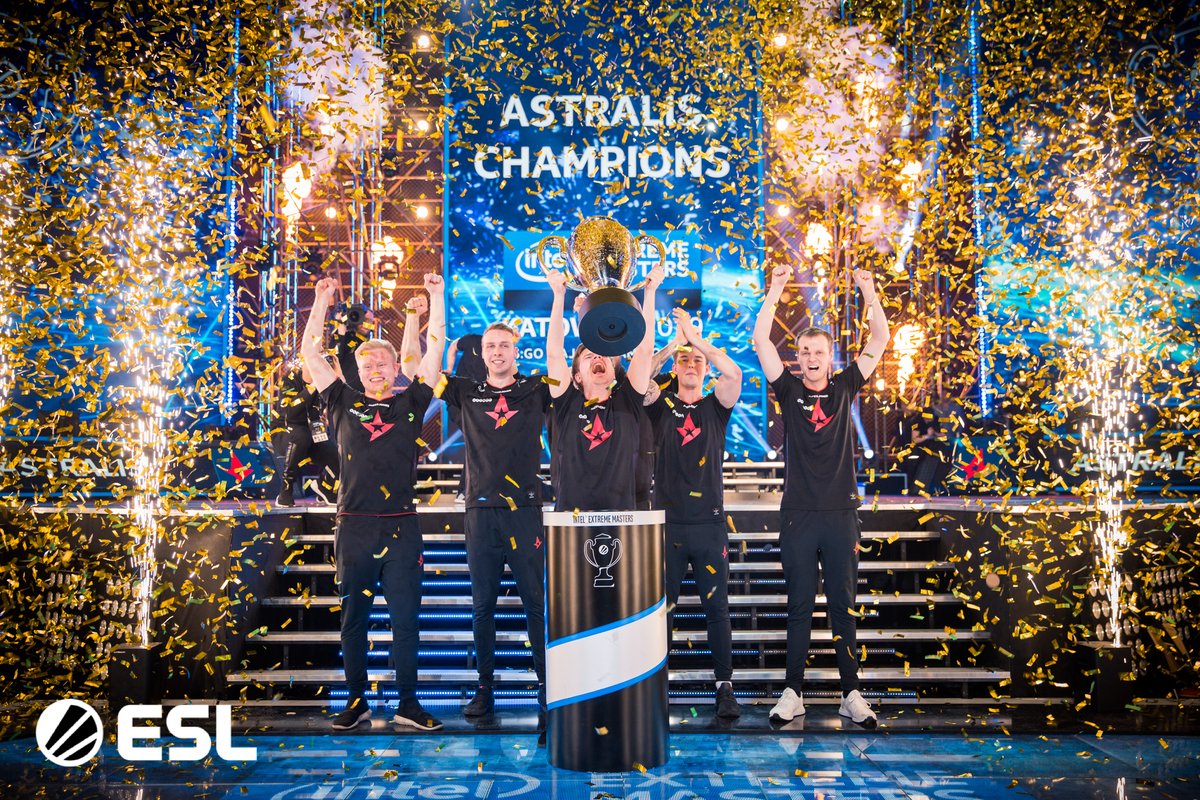 Three weeks of CS:GO competition in Katowice, Poland have culminated into the grand finals of the 14th Valve Major in history—and Astralis have been crowned the champions of IEM Katowice.

Astralis defeated ENCE Esports in the grand finals of the $1 million IEM Katowice Major, taking the series 2-0 in a very convincing fashion. They ended ENCE’s Cinderella story, which consisted of them making a run through the European Minor, the New Challengers stage, the New Legends stage, and two playoff matches against Team Liquid and Natus Vincere.

ENCE stole the opening rounds with fast-paced hits, and Astralis responded with three lightning-fast defensive shutdowns to slow down the game. The Danes began to run away with the game as ENCE struggled to break the wall of CTs on each bomb site. The score was 11-4 in favor of Astralis at halftime.

The Finnish side strung a few rounds together thanks to a win in the second pistol round, but Astralis easily adjusted their executes to fit the defense. A one-vs-two retake clutch from Jere “sergej” Salo kept ENCE alive and commenced a comeback from 11-7 to 14-11 in which they won three out of three retakes. To end the game, Andreas “Xyp9x” Hojsleth pulled off a cerebral one-vs-two post-plant clutch, sealing the first map in the grand finals for Astralis atop the server at 26 frags.

Astralis brought their momentum into their map pick with an absolute bloodbath on their T side of Inferno. They strung together 10 rounds in a row before ENCE picked up their first round in map two. But the Danish side didn’t relent despite the single round loss, and it was a 14-1 scoreline at the half.

With their backs against the wall, ENCE picked up the second pistol round and subsequent rounds until Astralis got onto their first buy round. Then it was smooth sailing on the Danes’ CT side as they sealed match and championship point with two defenses.

For the third time in Counter-Strike history, Astralis are crowned Valve Major champions. They join Fnatic as the only team and organization to win three Major titles, with their previous championship wins being at ELEAGUE Atlanta in January 2017 and at FACEIT London in September 2018. The Danes also become the third team to win consecutive Majors after Fnatic did it in 2015 (ESL One Katowice and ESL One Cologne) and Luminosity Gaming/SK Gaming did so in 2016 (MLG Columbus and ESL One Cologne).

Astralis, however, were able to do this in a much more competitive period where the meta shifted heavily toward AUG-centered CT sides. Game developer Valve will likely act upon the meta because its rate of usage doubled this Major, especially over the M4A4 CT rifle. But even when nuances of the game change, Astralis are still able to adapt and conquer their competition. At IEM Katowice, they did so without dropping a single map, making them one of the most dominant teams in the history of CS:GO.