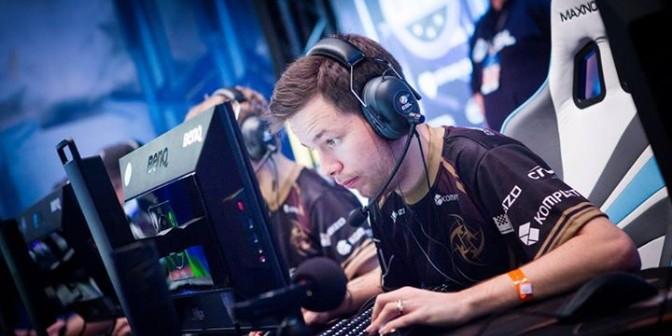 allu is a professional CS:GO player and formerly played CS 1.6 professionally too. He is a Finn and currently plays for the Swedish team NiP as of the end of February. He has also played on other teams such as 3D, Curse EU, and Mousesports but nothing close to the NiP level of course. He replaced Maikelele who is a high-impact Swedish AWPer. allu has not performed particularly well with NiP at the past tournaments. They went far in the tournaments but were not as good as they were previously with Fifflaren or Maikelele. The results alone are enough for someone to kick, and in this article, I will be explaining that there are additional reasons why NiP and allu should part ways.

allu was a pretty good AWPer, a star on his other teams, but remember, from above, that allu played on mediocre teams. If you put a slightly tarnished piece of metal next to four other rusty pieces, it will look shiny and can make some people think that it is a very shiny piece of metal. They might think it would belong with for of the shiniest pieces of metal, but when put in that group, it clearly stands out as a weaker piece. It is all about relativity. Hopefully, this analogy illustrates the predicament Ninjas in Pyjamas are now in. allu is a decent player, worthy of being on some professional team, but with the choices out there, someone else should take his position.

People like to argue that allu has not been given enough of a chance yet, even though they both had the same amount of a chance. Maikelele played at DreamHack Winter, MLG X-Games Aspen, and the ASUS ROG Tournament. allu played at ESL Katowice, Gfinity Masters, and the Star Series Finals. If one were to look at the teams attending, they would find that the importance of Maikelele’s tournaments and allu’s are equal. There is one tournament we are forced to mention, IOS Pantamera. This tournament seemingly led to Maikelele’s dismissal with the 5th place finish. The whole team played horribly, and it wasn’t Maikelele’s fault. He was hardly ever allowed to AWP on good maps for AWPing and, and in the rare occasion he was allowed, it was on a bad side or map for it. As I said, the whole team played badly. I just couldn’t help to ask myself what happened? Was Maikelele using some sort of dark magic against his team preventing them to play? Even if that is so, one bad tournament after the other good ones is not on the grounds for getting kicked. After hearing NiP comms, they are not easily bothered and are fine to have strange, perverted conversations about people’s balls before games, as seen at the Star Series Finals with allu. You can no longer say that allu is better than Maikelele, here’s why.

If you were to choose between a strong, confident AWPer and a slow, scared one, you should choose the former. Maikelele is confident and skilled, taking amazing shots and also knows when to hold up. allu can just hold angles. allu needs f0rest to do the confident AWPing for him, and that’s just a shame. allu is also really bad on rifles. For evidence, check out any game that these players had played with NiP to confirm my statements because it happens all of the time. It makes no sense why you would replace someone who is better in all in game areas, speaks the same language, and probably doesn’t cause team problems. Maikelele has not been recorded saying weird things before games but allu has. Evidence also points to NiP kicking Maikelele when they needed him most, not Maikelele abandoning them, and the evidence also points to Maikelele being kicked for something other than a bad attitude. At the time they replaced him, they were doing great online. It is like the disappearance of Roanoke. Roanoke was an early English colony in North Carolina, a present-day state in the US. Roanoke’s colonists strangely disappeared, and no one knows for certain what happened. We have no idea why Maikelele was kicked or why a Finnish player was brought in. It would be great to find out why Roanoke was abandoned and what happened with NiP. The lack of obvious evidence at Roanoke has not stopped historians from searching or making conclusions, so we should not let our lack of knowledge impede this discussion.

NiP has done worse with allu. He is not a good enough player to be playing on a top six team. Guardian, device, SmithZz, shox, KennyS, jw, olofmeister, and Pasha are all better. They are better either purely by AWPing or can overtake them with their ability to rifle. allu is also hampered by a language barrier, giving these other non-native speakers of English or Swedish a bit more of an edge. There are better AWPers, and NiP has the money and the legacy to get them. They can get anyone, so just get someone. Maikelele seems to not be angry with NiP after what has gone down. As of today, Thursday April 23, he is teamless. Get him back. The thing is, no one. No one, can be like Maik.

Let PGL CSS determine if allu should stay or go. This is his last chance.