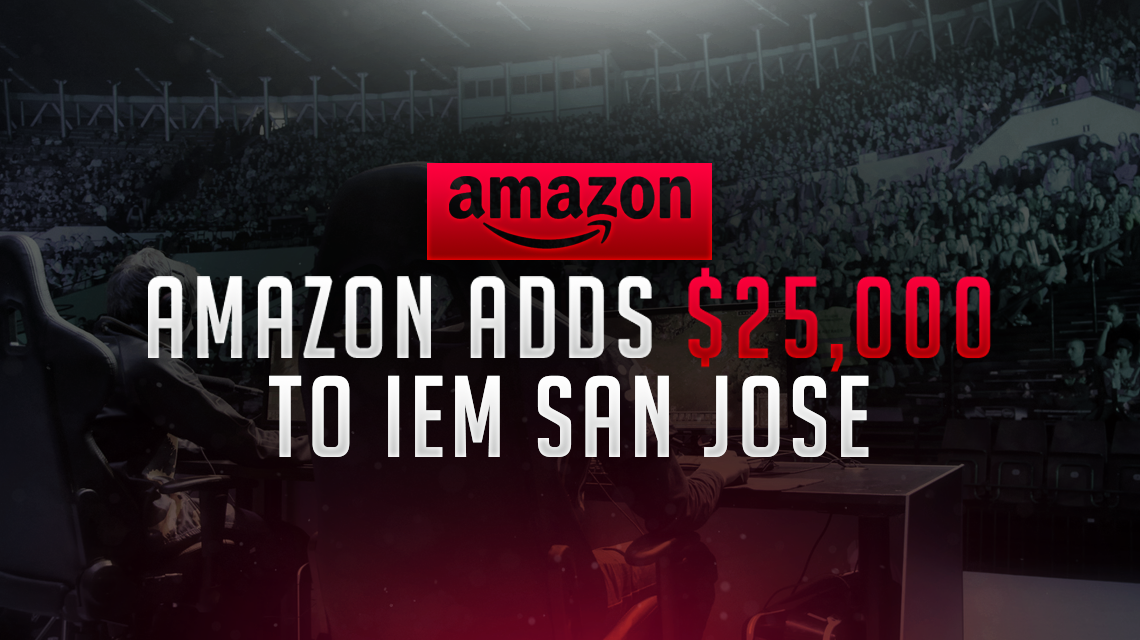 Earlier today, IntelExtremeMasters (IEM), organised by ESL, announced that Amazon.com will be an exclusive retail sponsor for the up and coming event, IEM San Jose 2015, from November, 21-22 at the SAP Center.

The partnership between ESL and Amazon will see a $25,000 increase to the event’s prize pool, but it is currently unclear how the money will be distributed across  Counter-Strike: Global Offensive, and  League of Legends. As well as this, Amazon will be providing community funding for both of the games at this event.

Amazon do not stop at an increase of the prize pool, as the hardware made by IEM’s sponsor lineup, Intel, HyperX, GIGABYTE and BenQ, will all be at a discounted price with an “exclusive discount” on Amazon.com. A percentage of the sales will go towards further increases of the prize pool for both eSports titles.

Go to Amazon.com/IEM for the full offer!

“We’re excited to have the support of Amazon.com for our Intel Extreme Masters activities. The community prize pool funding is a winning moment for everyone involved, especially the fans, who will have an opportunity to support their teams in a new way.” – Michael Blicharz, VP of Pro Gaming at ESL.

A full team list of the IEM San Jose event is yet to be released as the final spot will be awarded to the winner of the iBUYPOWER Invitational, this weekend.