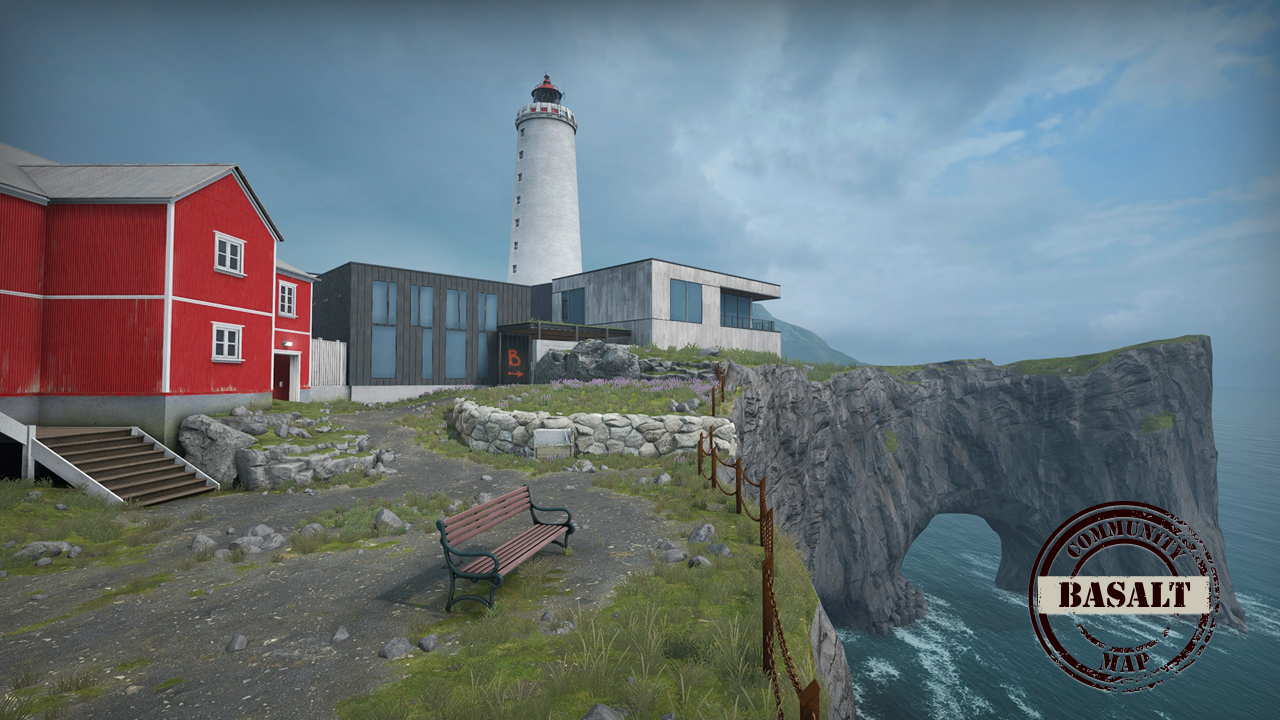 With the release of Operation Riptide comes a wave of new changes and content coming to CS:GO. Included in that is the introduction of private queues, team and free-for-all deathmatch, short competitive matches, and a lot of new cosmetic items.

The release of Riptide also included the addition of five new maps: one bomb defusal map, one hostage map, two Wingman maps, and a new Danger Zone map. Here’s a brief preview of all five community-created maps that have been added to CS:GO via Operation Riptide.

Basalt is the latest bomb defusal map, created by Yanzl, RZL, and Oliver. Basalt is located in a small coastal town in Iceland, with several play areas residing within abandoned homes. The A bombsite is centered around a parked white van, with two T-side entry points through Underground and the Red Barn Hotel. 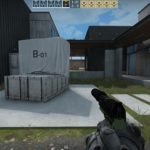 The B bombsite is placed in the shadow of a tall lighthouse, within the I.C. Whales Research Facility. There’s one main T entrance and a connector from mid, with lots of boxes, walls, and pillars for players to hide behind. Mid has an elevated squeaky door that can be accessed from T-spawn or by jumping off a different parked van.

Insertion II is a large hostage rescue map, created by Oskmos. Insertion II starts its T-side players in a little garage, but drives them to a city center, with two hostages to keep away from the CTs. The hostages are located inside the supermarket and on the second floor of the big office building. 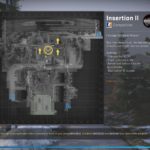 The CTs start in their own garage, with each player having a choice between four different starting points on the edges of the map. The hostage rescue zone is at the southern point of the map where the two helicopters are waiting.

Ravine is the first of two Wingman maps. This one was created by jd40, Quoting, and Quadratic. T-side players can access the massive A bombsite from either the Main Hall or the entrance near logs, while CTs while primarily hold the site from the high-up A platform or the open Mid Arch. 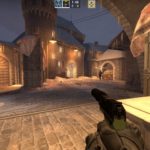 Players at Mid Arch will have to watch for flanks from the stairwell, while the A platform player will need to keep their eye on the covered side path, also known as Elbow.

Extraction is the second of two Wingman maps. This one was created by Fnugz, MadsenFK, Andi, and Yanzl. T-side players can get to the site directly from the main patio entrance, but also from the back hall or the laundry window. 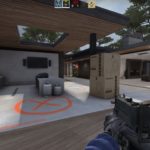 County is the latest addition to the Danger Zone map pool, created by Lizard and jakuza. Some of the highlights of the map include a ravine with a swamp next to it, a central tourist center and gas station, and an elaborate underground bunker with several gates that can open.

All images via Valve.