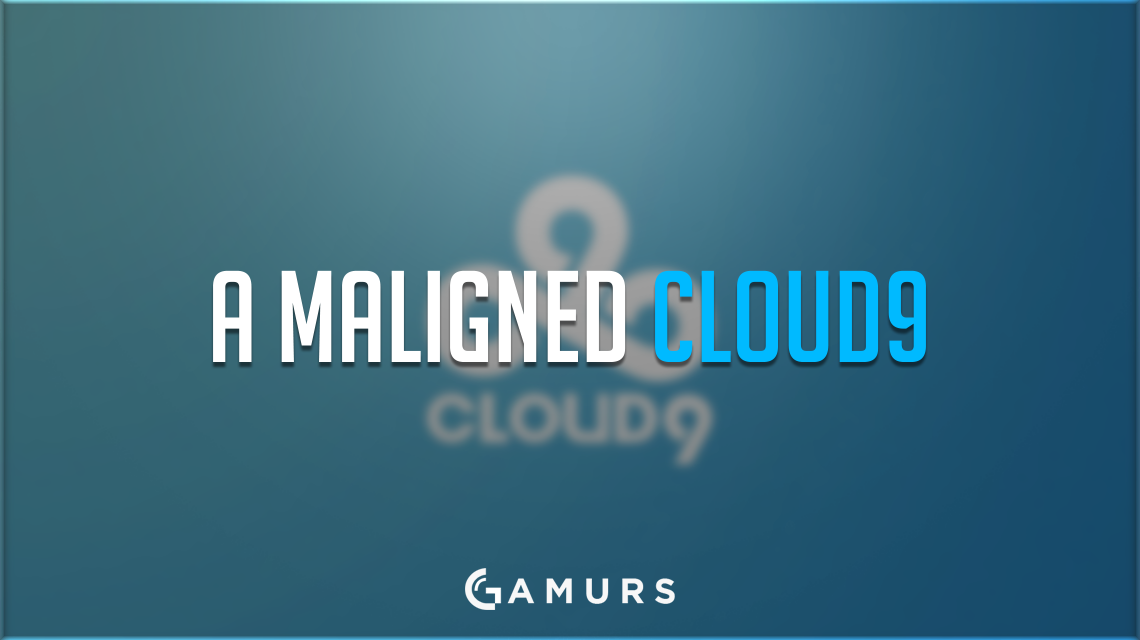 Cloud9 won the ESL Pro League 4 Finals in São Paulo this past weekend as a multitude of fully-inked digital quills descended onto the page to commemorate their accomplishment. While neither Virtus.pro or Natus Vincere were in attendance, Cloud9 did best the former world-leading team, SK, on home soil to find the only major tournament win for a North American team in the history of Counter-Strike:Global Offensive, and it was the first such victory for the region in any version of Counter-Strike in over a decade.

However, as those hands quickly flew across keyboards to discuss the surprising result, a few repeated comments and characterizations have skewed key storylines connected to C9’s historic victory.

Broad likenesses between C9’s recent tournament appearances and their 2015 “Summer Run” are noticeable and have been frequently mentioned over the past week, with some going as far as to tie together the two stretches.

There are some similarities. The 2016 and the 2015 iterations of the Cloud9 roster share three common members: Jordan “n0thing” Gilbert, Tyler “Skadoodle” Latham and Mike “shroud” Grzesiek. Broadly, both teams struggled in the first part of the year after the departure of a key member of their team: Spencer “Hiko” Martin in late 2014 and Sean “Seangares” Gares in late 2015. For the first three months of 2015 and 2016, Cloud9 struggled with their immediate replacements, whether that be Shahzeb “ShahZaM” Khan in the former case or Jake “Stewie2k” Yip in the latter. It was only after a secondary or tertiary roster that either Cloud9 team was able to find their feet again.

However, any implication that this new Cloud9 is a continuation or re-ignition of the former roster feels like a misleading narrative constructed to tie together disjoined events.

While Seangares was often criticized for his poor individual output, POV streams with voice comms at the ESL Pro League Season 1 Finals demonstrably proved his value to the team as a leader and tactician. The departure of Seangares from Cloud9 later in the year largely morphed the team’s identity, especially on the Terrorist side. Recall that when Stewie2k was first added into the lineup and n0thing was given the in-game leading responsibilities instead, Cloud9 significantly struggled to put up rounds on the Terrorist-side at their first offline events, the MLG Columbus Main Qualifier and the Valve Major itself.

Cloud9 would eventually recover as Stewie2k was given more control of the team tactically over time, but even then, it is not as if Stewie2k was simply re-adding the tactics of Seangares back into the lineup. The contemporary Cloud9 in-game leader relies less on set executes and has instead opted into a more default and dry-entry heavy style of play, more aligned with Seangares’s former rival DaZed, the ex-iBUYPOWER in-game leader, rather than Seangares himself.

Additionally, the dynamics of the 2015 summer and 2016 fall Cloud9 teams are radically different in terms of output. In 2015, Shroud and Skadoodle were clearly the standout players for the team. n0thing had a handful of good performances but was mostly inconsistent, while the more team-oriented players in Seangares and Freakazoid struggled quite heavily in terms of fragging. In 2016, Shroud and Skadoodle have actually been the team’s worst performers, as Stewie2k and Autimatic especially have become the team’s star players, with n0thing showing a good, if not impressive, level over the past few months.

Describing the two teams as one in the same will mangle key distinctions. They have strikingly different strengths, weaknesses and identities.

The noticeable bloom in Autimatic’s level of play has encouraged widespread public curiosity in the player. However, some commentators have gone so far as to ponder how he “came out of nowhere” or why he “wasn’t on anyone’s radar.” While it’s absolutely true that since moving over to Cloud9, Autimatic’s productivity has increased beyond anyone’s expectations, but Autimatic has been around the upper end of the North American scene for quite some time. He did not appear out of nowhere nor does it seem likely that organizations, especially Cloud9, were overlooking him.

Autimatic has a history in Counter-Strike dating back to Counter-Strike: Source, but his original jump into the greater public consciousness really happened over a year-and-a-half ago at the ESEA Season 18 LAN Finals. A newly acquired Nihilum Gaming team squeezed through the online league to attend the LAN, beating out some better known rosters such as Team Liquid and Elevate. However, like most unknown or little known North American teams who attended ESEA LANs during this era, expectations were nearly non-existent.

In the first round, they had the misfortune of facing off against Virtus.pro, but the new Nihilum team was able to surprise some by accumulating 13 rounds on Inferno, with Autimatic putting up a team-leading 26 kill performance. Still, the inevitable 2-0 series loss sent them to the lower bracket. Once there, however, they definitively broke expectations by besting none other than the region leading Cloud9 team in a 2-0 upset. While other players, such as Joshua “sancz” Ballenger and Andrew “Professor_Chaos” Heintz, were able to have better showings in this second series, Autimatic again was a leading performer for the team and certainly left a lasting impression.

After Kory “Semphis” Friesen was dropped from the Cloud9 organization following their embarrassing ESEA performance, he immediately moved over to Nihilum himself, presumably seeing promise in the young team. Soon thereafter, another former Cloud9 member, Hiko, would sign on with the neophyte roster in apparent appreciation of their “young talent” in Sancz and Autimatic.

Nevertheless, the Nihilum project ultimately failed after Autimatic chose to drop out of the roster to join Tempo Storm. Soon, Tempo too dissolved, and Autimatic choose to rejoin the core of the Nihilum team, sans Hiko, on compLexity. As the months went by, the Nihilum core was unable to find even a minor success on the level of Nihilum’s single ESEA Season 18 upset. As the year came to a close, coL also started to splinter after the forced addition of Daniel “fRoD” Montaner into the lineup. However, this dissolution actually gave Autimatic an opening chance to move to the top. During the winter 2016 North American shuffle, Autimatic was heavily rumored to be trialing out for Cloud9, alongside Tarik “tarik” Celik and Stewie2k. That job, of course, ultimately went over to his friend Stewie2k, but that rejection gave Autimatic another chance to leave a lasting impression on his future teammates.

Autimatic instead went over to a very underwhelming Team SoloMid alongside Semphis. Like his past three teams, TSM couldn’t manage to have enough online success to qualify for LANs, but after the key addition of Russel “Twistzz” Van Dulken in March, TSM started to look like a decent team. They placed third at the Second Americas Minor, and somewhat managed to exceed expectations at ELEAGUE, despite having to use a stand-in for an underaged Twistzz. But TSM, like Nihilum a year removed, would shock everyone at the ECS finals by taking out Astralis in a best-of-one and Cloud9 themselves in a best-of-three series to secure a top-four placing at the talent-dense tournament. Yet again, an Autimatic-laced roster toppled the North American purebreds.

Little more than a month after ECS, Autimatic got the official call up to Cloud9.

It’s true that the “young duo” that captured the public’s attention at the ECS Finals was Hunter “SicK” Mims and Twistzz, rather than Autimatic and his former duo Sancz, but Autimatic had recently been TSM’s best performing player at ELEAGUE and put out reliably good performances throughout his tenure on TSM.

The idea that he was a “out of nowhere” pickup over-exaggerates his rise to prominence. In addition to his friendship with Stewie2k, Autimatic was a well-known, hard-working, consistent player who likely earned the respect of the Cloud9 players and organization after beating them multiple times with a weaker roster.

The Purported Power of Friendship

During the EPS Finals, Tomi “Lurppis” Kovanen, like many commentators and analysts, expressed his confusion concerning Autimatic’s sudden rise as a player, tweeting, “Continues to puzzle me how autimatic got so much better as soon as he left TSM for Cloud9. Crazy that he might be their best player now.” Damian “daps” Steele, the former in-game leader of OpTic, tweeted in response, “when you’re happy with the people around you, that helps.”

Animosity between teammates could certainly hamper practice or weaken teamwork to some degree and a good working relationship might create some positive effects. But the quality of a player or team’s interpersonal relationships more often seems like an extraneous factor in defining their level of play. In the case of Cloud9, the publicized friendship between Stewie2k and Autimatic has often been cited as a key component of Cloud9’s success, which has only been further propagated by the Cloud9 organization themselves, who has frequently emphasized “friendship” as a core value on their teams across various titles.

While perhaps a pleasant sentiment, it feels silly to assume that friendship or good feelings were key factors in Cloud9’s improved results or Autimatic’s personal improvement. There are more comprehensive theories that better explain C9’s rise to global prominence.

Following the pickup of the former Without A Roof in-game leader, Alec “Slemmy” White, Cloud9 started finding better results moving into the second quarter of the year, with their limitations on T-side diminishing over time. While many attributed these improvements to Slemmy’s influence, it has been frequently suggested since Slemmy’s removal that his impact on the team was overstated. Surprisingly, Stewie2k has usually been cited as the actual driving force behind the team’s tactical development.

Accordingly, the removal of Slemmy, who struggled mightily as an individual player, to make room for TSM’s stalwart lurker, Autimatic, gave the team a clear upgrade. But going further, the other unforeseen advantage to the trade was a reshuffling of duties, which appear to have helped Autimatic better unlock himself. When Autimatic was on TSM’s lineup, their T-side takes very frequently revolved around 4-1 setups, with Autimatic almost always positioned on the periphery. While Autimatic had some successes in that outside role and was considered one of the team’s better players, a knock against him was his questionable decision making in late round 1vX situations, which, of course, is a significant impediment to any dedicated lurker.

Autimatic took up more lurk-oriented positions on Cloud9 initially, but over the past few months, he has become increasingly more assertive on the map alongside Stewie2k. With other players, such as Skadoodle, moving onto sites slower or later on T-side, players other than Autimatic have been more often left alive in late-round scenarios, better covering Autimatic’s apparent weakness while emphasizing his more laudable positioning in entries and mid-round play.

Platitudes aside, the suggestion that team spirit or the Stewie2k-Autimatic friendship was the main contributing factor of Cloud9’s recent victories swaddles their recent spree of tournaments in an unpleasant opacity that can only detract from a better understanding of the team and their merits.