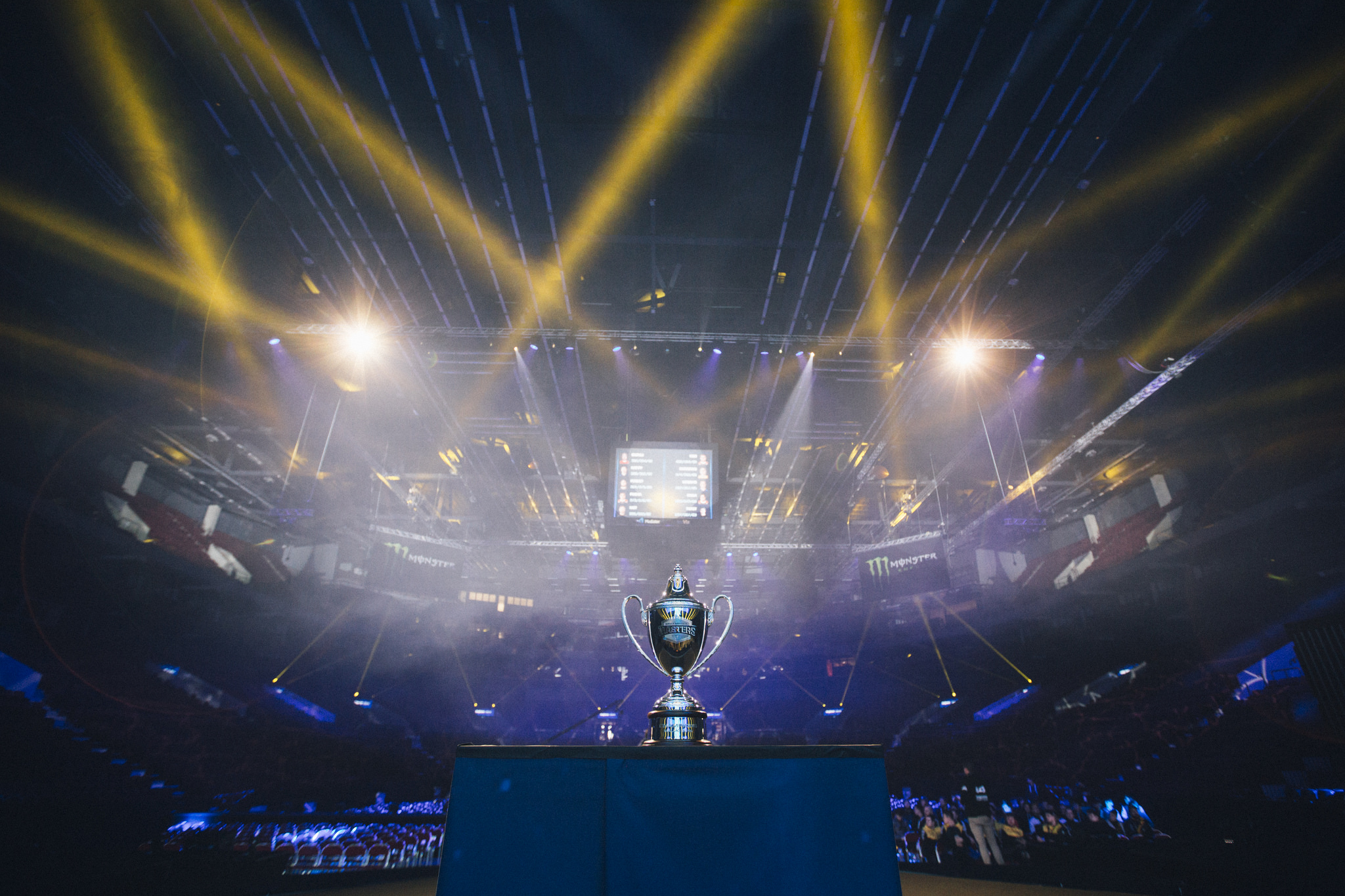 The first premier event to follow the ELEAGUE Major, DreamHack Masters Las Vegas, kicks off on Wednesday, Feb. 15. In a throwback to the old major format, we’ll see 16 teams duke it out in four GSL groups – best-of-one matches will dominate the majority of these group-stage matchups, with best-of-three series taking over for the deciding matches and playoffs.

This will also be the first LAN event to feature the redesigned Inferno, which replaced Dust II in the competitive map pool shortly after the major. This throws a spanner in the works for analysts, as it’s now difficult to predict what maps will be played, and what teams are willing to give Inferno a try.

In contrast to most events, DHM:LV seeded the teams with their most recent form in mind. This resulted in four groups that have an even distribution of talent, but leaves the chance for the less experienced teams to upset.

Current major champions Astralis face off against compLexity – a team who has yet to achieve any big wins on LAN, and doesn’t have much to boast about from their online results either. The Danes should be able to dismantle coL’s setups with ease, as they can play all seven maps in the pool.

It’s likely we’ll see Mirage or Cache played, as both teams are quite comfortable on them; however, a team of compLexity’s caliber doesn’t stand a chance if the duo of Nicolai “dev1ce” Reedtz and Markus “Kjaerbye” Kjaerbye come to play.

compLexity’s chances in this tournament don’t look promising – after losing to Astralis, they’ll have to face either North or OpTic. Both of these teams vastly out-skill the players on coL, and have a far superior map pool. Barring a massive upset, compLexity will likely be the first team we’ll be waving goodbye to on Thursday morning.

Two teams that made roster moves following the major look to prove their worth in their debut LAN matches – North with the services of Phillip “aizy” Aistrup, and OpTic with the “temporary” assistance of Spencer “Hiko” Martin.

The second-best Danish team has fallen quite far from their victory at Epicenter: Moscow in 2016. Despite an incredible series in the quarterfinals of the ELEAGUE Major, Mathias “MSL” Lauridsen and co. failed to advance in the playoffs. This led to Ruben “RUBINO” Villarroel stepping down from his position on the team, and gave aizy the opportunity to once again play for a Danish team.

OpTic suffered a similar fate after their group stage exit from the major – the surprise departure of their in-game-leader, Peter “stanislaw” Jarguz, caught the team off-guard. Hailed as one of North America’s best in-game leaders, stanislaw received an offer from Team Liquid to replace Hiko.

The lack of leadership may hurt OpTic in this matchup, as MSL will have the advantage as far as maps go – North’s permanent ban is Train, which happens to be OpTic’s best map. With Dust II also out of the pool, OpTic’s options are limited, and those that they do possess work in favor of the Danes.

Though the match may still be competitive, OpTic will struggle to adapt mid-round to MSL’s calls without an in-game leader of their own; fortunately for them, they should be able to survive until Friday’s decider matches to face the winner of the Danish derby between Astralis and North. Their limited map pool and lack of in-game-leader will likely result in their elimination at this stage.

The Polish powerhouse looks to redeem themselves from their narrow loss against Astralis in the grand finals of the ELEAGUE Major, and their journey begins here: facing off against the newly formed North American squad that is Misfits.

Unfortunately for Sean “[email protected]” Gares’s band of Misfits, Virtus.pro has recently been buffed by Valve – the removal of their permanent ban, Dust II, strengthens their map pool immensely. The Poles are now able to play every single map that remains in the pool, though they are likely to ban Inferno at first to avoid being upset on the new map.

Misfits is fortunate that their permanent ban is Nuke, but it’s a small consolation prize as Virtus.pro is still able to plow on any map they please. The only map that may not fair well for VP would be Cache, but that will likely be their second ban. This leads us towards Mirage or Cobblestone, and has the potential to be an interesting match; however, Virtus.pro should come out on top, unless they are unable to maintain the form that they’ve shown for the past few months.

The Swedes of Fnatic endeavor to emulate their past dominance by reuniting the squad that dominated the early portions of 2016. With Robin “flusha” Rönnquist and Jesper “JW” Wecksell back in tow, this match is set to be one of the most entertaining battles of the first day.

Having successfully led Gambit back to a legends spot at the major, Danylo “Zeus” Teslenko must once again tackle a lineup that he struggled to call against when playing for Natus Vincere. The duo of Dauren “AdreN” Kystaubayev and Abay “HObbit” Khasenov has been promising as of late, and they’ll have to prove their abilities once again by facing one of the most skilled teams in the world.

The reintroduction of Inferno favors Fnatic heavily – the past version was regarded as their best map, and few could compete with just how dominant their CT sides were. Though the map is likely to be vetoed by Gambit in their initial best-of-one, a rematch between the two for the decider may allow us to witness Freddy “KRiMZ” Johansson and Olof “olofmeister” Kajbjer on B site once again.

The best-of-one is likely to play out on Overpass or Cache, either of which should make for a great match. Gambit’s chances in a best-of-one are much higher than in a best-of-three – the removal of Dust II is crushing for their map pool, as they showed quite an affinity for it in the major. If Zeus hopes to lead his squadron to the playoffs, it’ll have to be through winning the two best-of-ones against Fnatic and Virtus.pro. If they fail in either of these matches, their chances of making the playoffs diminish considerably.

SK’s LAN debut with João “felps” Vasconcellos kicks off against a severely hampered Tyloo. The once-formidable Chinese team has struggled with internal issues as of late – so much so that we didn’t know their complete roster until shortly before the event. With Zhen “HZ” Huang and YuanZhang “Attacker” Sheng standing-in, Tyloo is unlikely to chip the wall that is SK.

Gabriel “FalleN” Toledo’s troupe should make quick work of Tyloo, and look to be favorites in their group for the playoffs.

Ninjas in Pyjamas vs. Cloud9

The recently struggling squad of Swedes aim to redeem themselves at DHM:LV. A seven-map loss-streak, combined with their failure to qualify for the major, has put a shadow over their win at IEM Oakland. While they are still loved by many, fans have been disappointed by their results lately, with some calling for a roster change in hopes of seeing NiP become a dominant force once again.

Cloud9 has been noticeably absent in the last month after failing to qualify for the major themselves, despite being in better form than we’d seen in a long time. In a similar vain to NiP, fans are hopeful that either they can play themselves into shape, or that a roster change is on the horizon.

This, in many ways, is quite an interesting matchup – both teams picked up tournament wins towards the end of 2016, but dropped the ball at the major qualifier. Sharing very similar stories, NiP and C9 have to prove to their fans that they are still capable of bouncing back, and that they can make it deep in tournaments.

The map pool for both teams has been rather weak as of late, making it extremely difficult to predict what maps might be played, and which of the two will emerge victorious. The removal of Dust II affects both teams heavily as it had been a staple map for both rosters for a number of years; consequently, whichever team has a better mastery of Inferno will strengthen their chances to conquer the other. Either Ninjas in Pyjamas or Cloud9 will be moving on to the playoffs, as Tyloo shouldn’t be able to defeat them in a best-of-three – the question is, who will it be?

Though they lack their recently acquired Bosnian, FaZe Clan is still an incredibly daunting opponent to face. The raw skill on their roster, accompanied by the in-game-leading abilities of Finn “karrigan” Andersen, gives them a great chance to make the playoffs of this tournament – though that may be as far as they go.

Renegades has been quiet as far as premier LANs are concerned; their last event resulting in a 0-3 knockout from the ELEAGUE Major Qualifier. They have a chance to upset FaZe in a best-of-one if Yaman “yam” Ergenekon and the newly acquired Swede Simon “atter” Atterstam show up, but it’s unlikely that they can make the playoffs as they must defeat either FaZe or Natus Vincere in a best-of-three.

FaZe’s map pool has been expanding ever since the addition of karrigan, and the removal of Dust II only helps that growth. It was statistically their worst map, and the addition of Inferno is good for them – karrigan excelled at calling on it when he was on TSM, and it’s almost guaranteed that it’ll be a pocket pick from them in the future.

Unfortunately for Renegades, Dust II was one of their staple maps, and a go-to pick versus North American opponents. With it out of the pool, Renegades will likely struggle to present a map pool that competes with the level of opposition they face.

Na’Vi looks to redeem themselves from their lackluster playoff performance at the major. Their disappointing terrorist sides showcased just how much the team struggled to adapt to the departure of Zeus, and the lack of Sergey “starix” Ischuk’s mid-round calling. After a two week break from the major, Na’Vi looks to utilize the skill on their lineup to return to the top.

DreamHack Masters Las Vegas provides the opportunity for one last “hurrah” from this mousesports roster, as Nikola “NiKo” Kovac will play for them for the last time before joining FaZe Clan. The re-addition of Tomáš “oskar” Š?astný does give mouz a substantial amount of extra firepower, but the lack of practice and diminished map pool will make it almost impossible for this team to get out of their group.

The simultaneous removal of Dust II and the departure of NiKo has a poetic tone to it, as one of the two maps mouz was able to challenge teams on has disappeared alongside their best player. Their second map, Cache, also happens to be Na’Vi’s permaban; therefore, mousesports’ chances at Vegas lay in defeating Renegades in their second match, and somehow out-dueling FaZe in a best-of-three. While the former may be possible, the latter is not – if mousesports faces FaZe in a best-of-three, expect FaZe to come out on top.

Questions, comments, or concerns about the article? Let the author know on Twitter @Nohte.