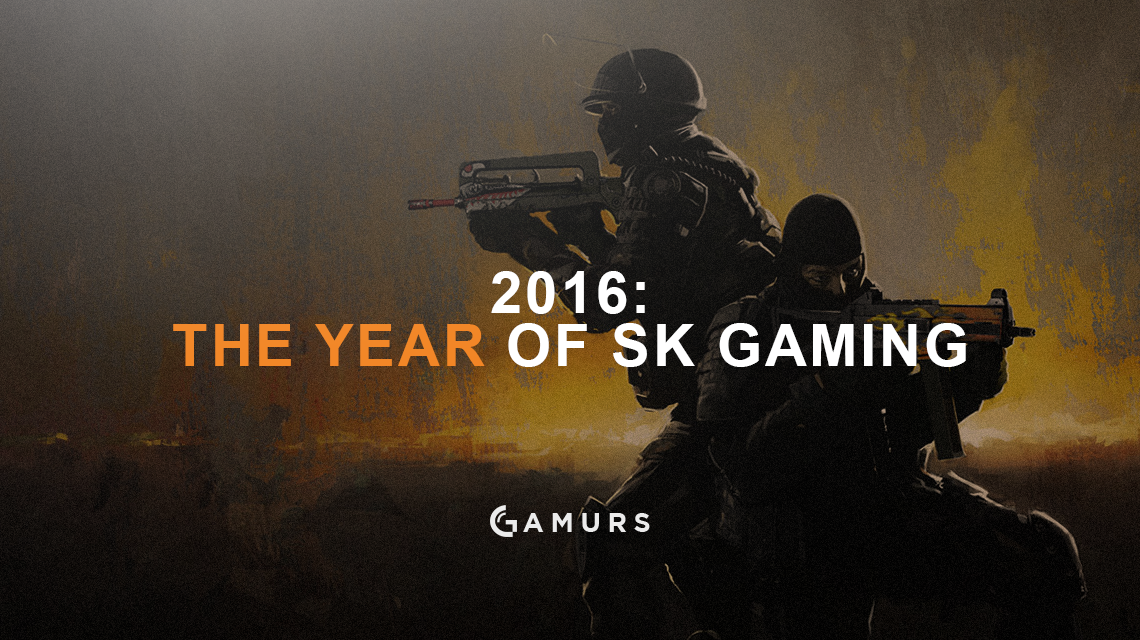 Following a report by HLTV.org that stated there would be no more Valve sponsored Major tournaments in 2016, it became a fact that the only team to have won a Major this year is the Brazilian roster currently playing under SK Gaming. For the first time when there have been multiple Majors in a year, the SK Gaming lineup can boast of holding all the Major titles in a year. This, and their dominance in the scene, will make people remember 2016 as SK Gaming’s year.

The Brazilian lineup of SK Gaming started this year under the name Luminosity Gaming (LG). Gabriel “FalleN” Toledo and his team had ended the year of 2015 strongly, making a name for themselves and firmly placing their team at the top levels of the Counter-Strike scene. Known for their exuberant celebrations at LANs and their remarkable levels of teamplay, LG rose to the best team in the world in breathtaking and unheard of speed. How quickly they went from an upset team to a side capable of winning consecutive Majors helped the Brazilians garner global support as their underdog story captivated thousands.

The start of LG’s dominance in 2016 can be traced to the first large-scale and talent-filled event that they won: MLG Columbus. The first North American Major provided the perfect arena for LG to fulfill the potential they had been showing in the months beforehand, such as very nearly toppling Na`Vi in the Grand Final of DreamHack Leipzig in January. In a glorious run, the Brazilian team only dropped one map on the quest for their first Major title, and began to make a case for themselves being the best team in the world.

In addition to winning the Columbus Major, LG provided the community with perhaps the most famous play in all of Major history. When facing map point and Liquid looking certain to win Mirage, Marcelo “coldzera” David pulled off a shot that changed the flow of the game and almost single-handedly won the series for LG.

After sniping one Liquid player, coldzera leapt up and hit a jumping collateral AWP no-scope on the incoming Liquid players. The effect on Liquid’s mentality was instantaneous, and the American side who had looked so strong crumbled and choked, giving LG the room to reach overtime and ultimately win the semifinal.

Due to how this ridiculous shot by coldzera altered the flow of the game, LG’s case to be the best team in the world was not concrete. Without coldzera hitting his impossible shot, it’s probable that Team Liquid would have won the first map based on how they were playing, and may have carried that momentum to the second where victory would have been within sight. The foundations of their legacy were in place, however, the Brazilians only had to add to it.

ESL One Cologne 2016 was what solidified the Brazilians’ case for best team in the world. Although the lineup that attended Cologne was the same as that which was victorious in Columbus, the organization was not. Due to a complicated dispute between the LG and SK Gaming organizations, the five players who won the Columbus Major under the LG banner went to play for SK Gaming. A video by Thorin explaining the whole situation can be found here.

In a similarly powerful fashion to how the Brazilians won the North American Major, SK Gaming swept through the group and playoff stages of Cologne, only dropping one map. The Grand Final was a repeat of the thrilling semifinal in Columbus as Liquid and FalleN’s SK Gaming side met in a game fueled by redemption for the American team and retaining a Major title for the Brazilians. SK proved that even without coldzera’s reddit-worthy antics they could defeat a Liquid side empowered by Oleksandr “s1mple” Kostyliev. Their second consecutive Major title removed any shadow of a doubt that we had entered the SK era of Counter-Strike.

Winning the two Majors of a year is undoubtedly an incredible feat. However, the close proximity of their two triumphs begs the question of should SK Gaming really be remembered for dominating 2016 due to two tournament wins?

The case for them to deserve 2016 to be thought of as their year is strong. Like I’ve already mentioned, on two occasions in the year, the Brazilians defeated the best teams in the world at the most important event type in Counter-Strike. They’ve done this in considerable style by only losing one map at both the Major in Columbus and Cologne. They’ve proven themselves to possess possibly the best player in the world, coldzera. The Brazilian superstar’s presence among teammates almost as capable as him is a convincing argument that they should be remembered for owning 2016.

Not only do they have a star player in coldzera but also in their in-game leader (IGL), FalleN. Toledo has maintained a high level of fragging power, one of the best on his team, as well as providing excellent strategical leadership. SK has one of highest individual skill ceilings in all of the professional scene. With both FalleN and coldzera being equally skilled on the AWP, they’re a diverse lineup who can beat any team.

Another opinion of 2016 is the Brazilians don’t deserve to be remembered for dominating the whole of 2016, as SK’s two Major wins were not even four months apart. Shortly after their Columbus triumph, the Brazilians, playing under the title of Major champions, failed to exit the groups of DreamHack Masters Malmö. Mousesports and TyLoo each inflicted losses onto the Major champions at Malmö, the latter even upsetting the Brazilians, who were then LG, in a best-of-three. Losses to teams much below the Brazilian sides talent could suggest that their Major wins came at periods where their form peaked, and such a team wouldn’t deserve to have a year in Counter-Strike be remembered for their dominance.

Weighing in both views of SK’s performance so far in 2016 would have me inclined to say that SK do deserve to be the stand-out stead in 2016. The reasons I listed above are largely irrelevant to this, as the date of the next Valve sponsored Major falling outside of 2016 is the most contributing factor. Whether you think this year should or should not be remembered as SK’s, the simple fact is that the Brazilians won all of the Major tournaments this year. In the future when people look to see who was the best team in 2016, the first thing they will notice is SK winning all the Major tournaments.

SK or LG, who left their mark?

With the change in what organization the Brazilian side would represent happening at the end of June, their time spent under both LG and SK Gaming will be roughly the same by the end of this year. The interesting point will be which name will this lineup be remembered by in 2016: SK Gaming or Luminosity?

LG was the name that the team first built recognition off. From their come up to their big Major win in Columbus, the community knew one of the greatest teams who came from nothing as “Luminosity Gaming.” Surprisingly though, only two large tournaments were won under the name of LG despite months of playing under that banner. After MLG Columbus, the lineups first big win, the Brazilians went on to win the finals of the third season of the ESL Pro League. For such a talented team, two big international trophies seems rather meager during their time as LG, which could cause the five Brazilians to be remembered as SK Gaming.

SK Gaming is the name the Brazilians have gone by for only one tournament so far, yet it is the name I feel will be attached to the legacies of these players. The SK side have shown no signs of stopping their winning ways and should many more tournament wins be collected by FalleN and his team, then their time under SK Gaming will more prominent in the future.

While both organizations have one Major thanks to the Brazilian stars, it’s SK Gaming who are current, and who look capable of upholding the god-like standard we have come to expect from them.