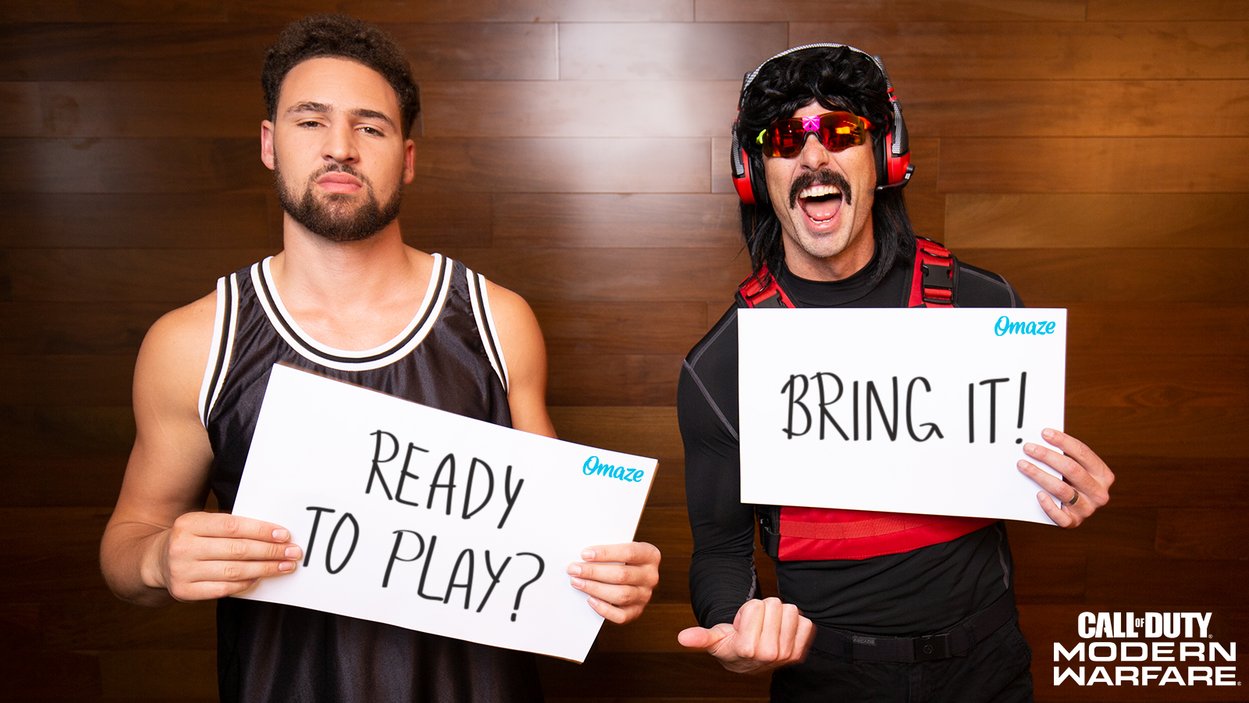 Image via Activision and Omaze

The two-time Blockbuster champion is teaming up with the three-time NBA champion for a good cause⁠—supporting U.S. veterans.

Starting today, fans can enter for a chance to play Call of Duty: Modern Warfare with Twitch personality Dr Disrespect and Golden State Warriors shooting guard Klay Thompson. The dynamic duo has joined forces with fundraising platform Omaze to support the Call of Duty Endowment, a nonprofit that prepares veterans for the job market and places them in employment.

What are the details?

The winner, along with a friend, will be flown out and placed in a four-star hotel. In addition to playing Modern Warfare with Dr Disrespect and Thompson, the games will be livestreamed on the Doc’s Twitch channel for thousands of viewers to watch.

And the lucky victors can choose whatever mode or teams they want.

“The mode?” according to Omaze. “Your call. Because Modern Warfare now brings you even more options. All the traditional CoD modes are available, plus new ones like Gunfight (2v2), so you and Doc can team up against Klay and your friend (or the other way around).”

How do you enter?

Fans can enter the sweepstakes for free here or donate on Omaze’s website to increase the odds of winning. A $25 donation will earn you 250 entries, while a generous $5,000 donation gives you 50,000 chances of winning.

Who does this help?

Donations will go to the Call of Duty Endowment nonprofit organization that’s helped over 63,000 veterans transition into the workforce.

“Every $522 that the Endowment receives helps place a veteran into a high quality job,” according to Omaze. “With unemployment and underemployment impacting hundreds of thousands of former service members each year, the Call of Duty Endowment is proud to have helped more than 63,000 veterans transition into meaningful careers.”

Fans still have 74 days to enter for a chance to teach Doc and Thompson a thing or two about first-person shooters.