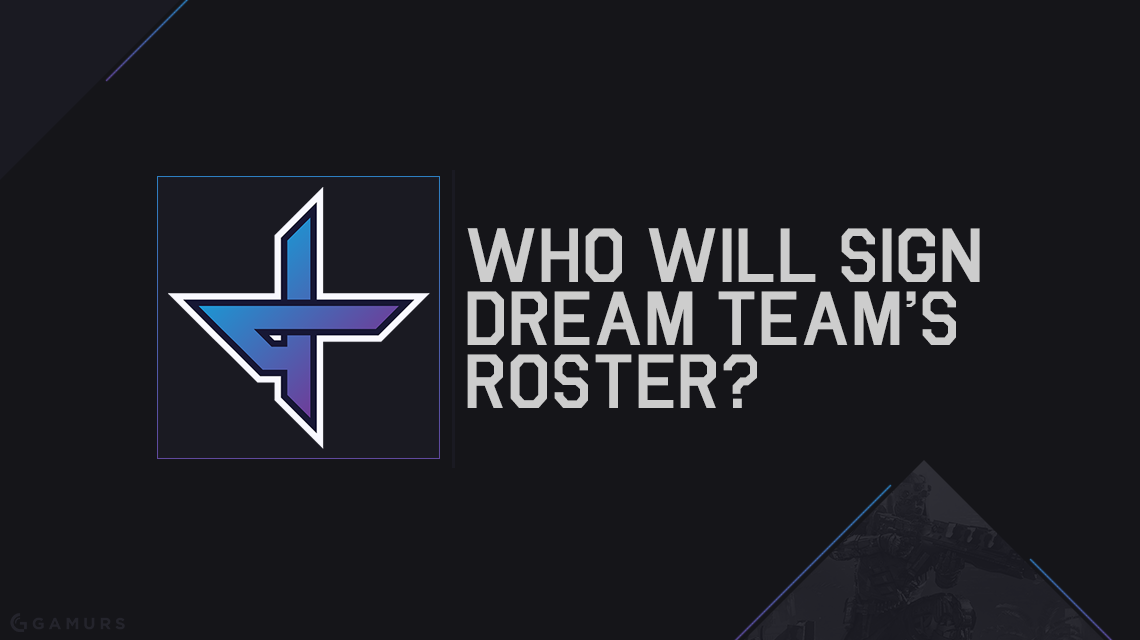 Two weeks ago, Dream Team officially announced that they would be publicly selling their Call of Duty roster and their spot in the Call of Duty World League. While no official reason was given as to why the organization came to this decision about their players, it is no secret that there must have been some internal issues or conflicts.

“In order to find the best offer and home for the players, we will be allowing open offers from organizations and individuals,” according to the official Dream Team press release.

Flash-forward to July 17, when the Dream Team roster was competing in the Grand Finals of the CWL Stage Two playoffs. Although the roster formerly representing dT finished in second place, it was still a tremendous showing, especially considering that they barely made it into the playoffs.

Heading into the playoffs as the sixth seed, the team consisting of Martin “Chino” Chino, Adam “KiLLa” Sloss, Steven “Diabolic” Rivero and Troy “Sender” Michaels was slotted against FaZe Clan in the opening round of the tournament. In a very back-and-forth series, dT was able to use their strong Hardpoint and Search and Destroy play in order to complete the upset and eliminate FaZe from the event with a 4-3 victory.

Playing in regular clothing and no gear to represent the dT brand, this roster went on to win yet again, this time defeating Luminosity Gaming in the semifinals. Up 3-1 in this best-of-seven series, Dream Team struggled to clutch up at first, allowing Luminosity to win two consecutive maps to push the series to a decisive game seven. However, once again, Search and Destroy was the difference maker as dT dominated Luminosity 6-2 to earn yet another 4-3 series win.

This set up a Grand Finals matchup between dT and Team EnVyUs, the number one seed entering the tournament. EnVyUs proved to be too tall of a mountain for dT to conquer, as EnVyUs won the series 4-1 and took home the crown as the Stage Two champions.

The biggest change between their first two series and the Grand Finals was that dT did not find success in the same game modes. In the first two series, dT went 3-1 in both Hardpoint and Search and Destroy. Uncharacteristic of their play throughout those initial series, dT was dominated in both of these game modes against EnVyUs, losing 250-116 and 250-150 in the two Hardpoint maps and getting shut out 6-0 in the only Search and Destroy.

Although they did not walk away victorious this past weekend, the former dT roster showed excellent poise and resilience throughout all of their matchups. Following such a great performance at the Stage Two playoffs, there are sure to be a lot of suitors for this roster. Many organizations will be licking their chops for a chance to sign a roster that played so well in the latest LAN tournament, and with the biggest LAN tournament in Call of Duty history just under two months away.

Immediately, big name organizations like Counter Logic Gaming and Team Liquid came to mind. CLG struggled during Stage One of the CWL and does not currently have a Call of Duty team. Similarly, Liquid formed a Call of Duty team to compete in the Stage One Relegation tournament, but they were unsuccessful as well (and became part of one of the biggest chokes in Call of Duty history).

Both of these world-renowned organizations fit the bill; they both are great organizations looking to find success in Call of Duty, and they also have enough money to afford this roster.

In the second category of organizations, those who are currently in the Call of Duty scene but have been unsuccessful, the first name that came to mind was Team SoloMid. TSM struggled mightily in Stage Two with a record of 5-17. Their most recent roster extremely underperformed in Stage Two after qualifying for the Stage One playoffs by the skin of their teeth. After officially releasing their roster on July 12, TSM is in great position to sign this roster and become a force to reckon with in the Call of Duty scene.

In addition, I also considered compLexity Gaming in this category. Similar to TSM, coL struggled in Stage Two, producing a record of 8-14. While they currently have a roster, or at least have not publicly released their roster, coL could be a great fit for this team as well if this organization wants to get back to their former glory.

Finally, there are several names in this final category of former Call of Duty organizations who might consider returning to this community. Right away, names like Denial Esports, Team Kaliber and Strictly Business come to mind. These organizations have seen success in Call of Duty in the past, and I would not be surprised to see them try to acquire this roster in an attempt to get back into the scene.

There could even be some dark horses that I did not mention in this article, but the point is that there are several different organizations who could find themselves in a bidding war for this roster. While I think that an organization like CLG, TL or TSM has the best chance thanks to their large fan base and financial support, this roster is anyone’s for the taking right now.

Fresh off a superb performance this past weekend at the Stage Two playoffs, Dream Team is probably going to be overwhelmed with phone calls and emails asking for the chance to purchase this roster. Only time will tell where the former dT roster will end up, but regardless of who acquires them, these guys seem like they could be a top LAN contender for the remainder of Black Ops III.

Which organization do you think will purchase the former Dream Team Call of Duty roster? Let us know by commenting below or tweeting us @GAMURScom.