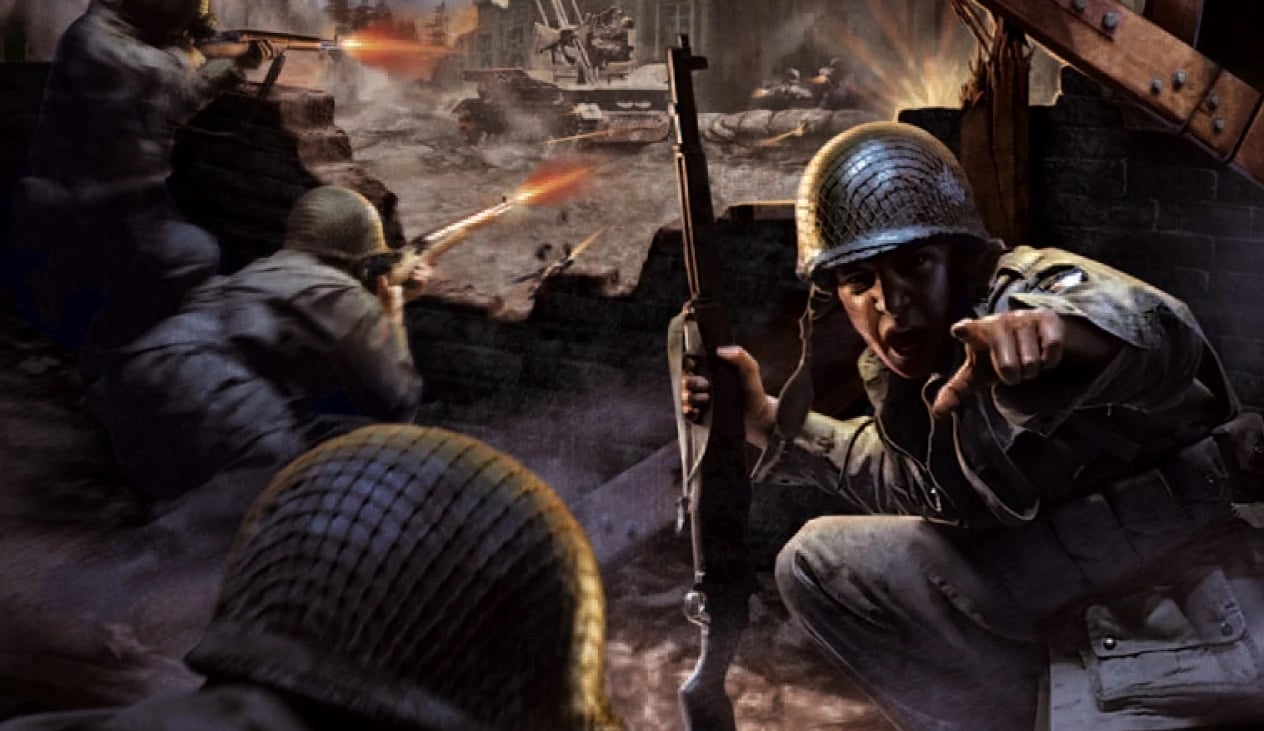 Call of Duty is as big of a part of culture as any entertainment franchise in the world, but it wasn’t always like this.

As with everything, CoD started somewhere—and with humble beginnings. The origins of the franchise trace back nearly two decades, and the series is as big as ever in 2021 with no signs of slowing down.

Thanks to yearly franchise entries since 2005, CoD is a staple in the homes and collections of gamers professional and casual alike for as long as many can remember. It’s one of the most popular and recognizable video games in the world.

As of 2020, there have been a whopping 18 CoD games in the mainline entries of the series. This includes all World War II games, all Black Ops games, all Modern Warfare games, and more, like Advanced Warfare and Infinite Warfare.

But when and where did Call of Duty begin? Here’s when the first CoD came out.

When was the first Call of Duty game released?

The original CoD title, named simply Call of Duty, released all the way back on Oct. 29, 2003. It was developed by Infinity Ward and published by Activision and available for Windows PC platforms. Eventually it also came to macOS, Xbox 360, PlayStation 3, and even the N-Gage.

Since then, CoD has become a cultural phenomenon with games like CoD 4: Modern Warfare, CoD: Black Ops, and most recently the hugely popular CoD: Warzone entering the mainstream.

The next CoD title, rumored to be placed in World War II again, is due out for release some time in the 2021 holiday season.