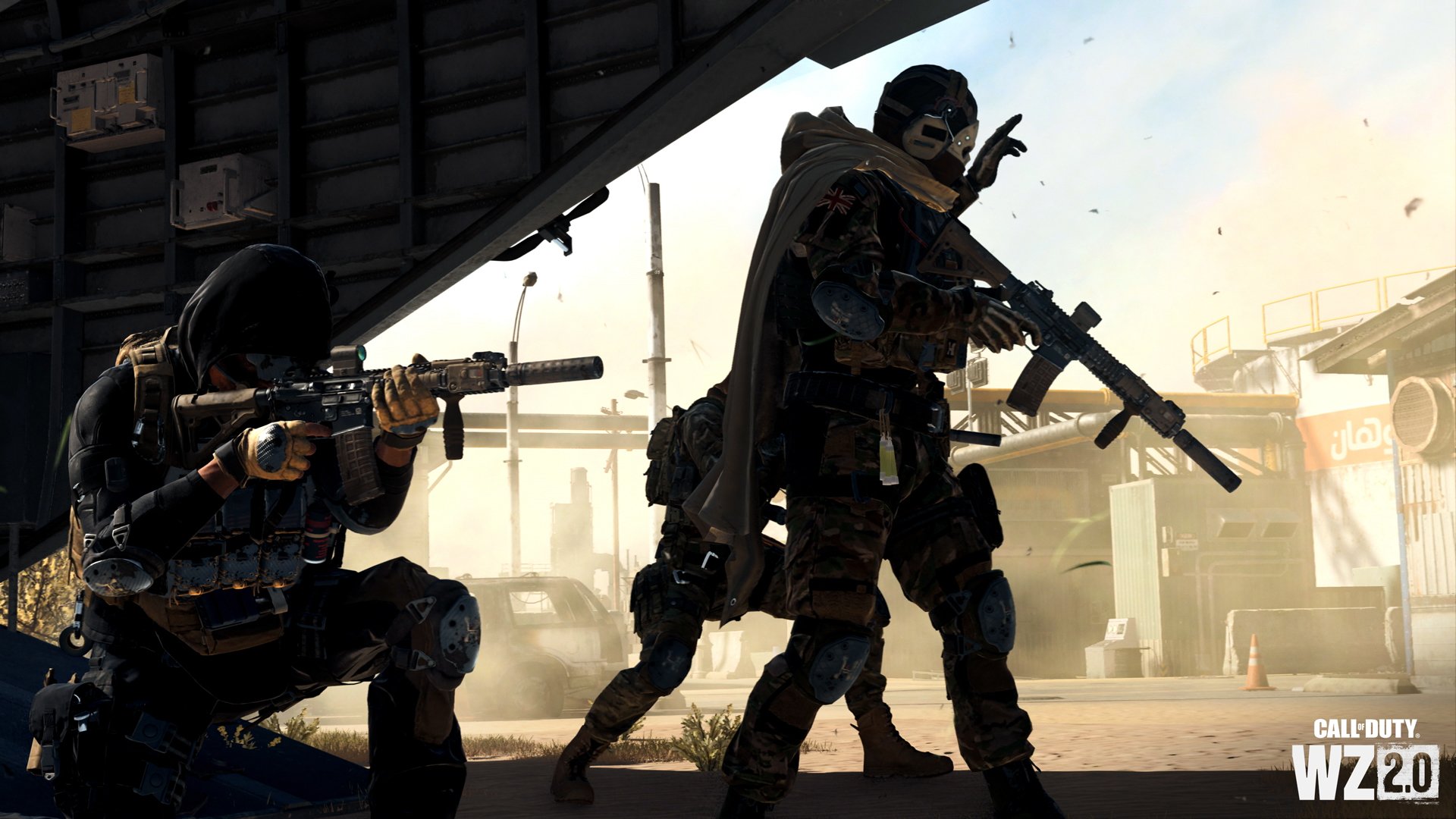 After months of rumors, leaks, and speculation, Call of Duty: Warzone 2.0 was finally revealed to the world at Call of Duty: Next on Sept. 15.

While the original focus was on Modern Warfare 2 and its multiplayer component, Warzone 2.0 goes hand-in-hand with the new entry to the franchise and also got a blowout of information and even some live gameplay from the 200 content creators in attendance.

This is not just an expansion or update for the original Warzone game from 2020. Warzone 2.0 is a new experience built from the ground up on the same engine as MW2, and there are a ton of differences between the new game and the original title.

Here are all of the major differences between the Warzone games.

The biggest and likely most jarring change is that full-fledged Loadout purchases are gone. Instead, players can head to “The Shop” to buy custom-created weapons and other limited items.

Functionally, “The Shop” serves the same purpose as Buy Stations in Warzone. But in Warzone 2, the stock on offer is way different, but with some returning items that players will be very familiar with.

You can still buy back teammates, and you can also buy equipment like gas masks, killstreaks, armor, and more. But Loadouts are no more. This time, you can only buy custom weapons created before the match.

“Prior to a match, your main preparation is focused on creating a number of custom weapons for your next match in Al Mazrah,” Activision said. “You purchase these custom weapons from [“The Shop.”] Note this takes the place of a full Loadout (your Primary, Secondary, Tactical, and Lethal as well as Perks). Custom Weapons are constructed in the Gunsmith, and then bought here. They take up your weapon slots.”

Tacticals, Lethals, and Perks are not available at Buy Stations. Tacticals and Lethals can be found as “very common” ground loot, but perks will not be available in Warzone 2.0 at launch.

Al Mazrah features several rivers and water-logged areas to explore. With Warzone 2 and MW2’s new swimming mechanics, including the ability to shoot pistols underwater, there’s way more variety in the landscape than before. And that includes boats to traverse the water.

“With a vast map the size of Al Mazrah, clandestine swimming up river tributaries, underwater ambushes and exploration, as well as quicker movement courtesy of the RHIB or Armored Patrol Boat is all possible, expanding your combat options considerably, using the tactics you’re learning during Modern Warfare II Ground War combat.”

There are “over a dozen” unique vehicles in Warzone 2.0, and they can all be customized. Not only that, but some vehicles will need to be gassed up to continue using as they will run out of gas after extended usage.

The encroaching gas circle will now split into multiple areas, giving players a choice of which safe area to take on as the game continues.

“A choking storm gradually envelopes the Al Mazrah landscape, you may be familiar with the encroaching wall of vapor from your time in Verdansk and Caldera,” Activision said. “This time, however, expect variations within the circle collapse. One possible occurrence may be the result of extreme weather pattern anomalies resulting in the safe zone splitting into multiple circles throughout a match that reconverge into a single safe zone as the match gets closer to the final circle.”

In the Gulag 2.0, starting with a weapon is a thing of the past. You begin with your fists and will need to loot your weaponry to fight either an enemy player or an AI-controlled enemy that has a key that you need to escape the prison.

You will also be fighting alongside another enemy player, forced to work together to survive and earn another drop-in. Any loot that you and your partner grab while in the Gulag will be retained when you return to the match.

AI-controlled Strongholds are found all around Al Mazrah. These areas are full of AI enemies that are defending a location that you and your team can choose to fight them to find “impressive loot” inside. Alternatively, they can be ignored entirely, because “AI won’t actively pursue you or your squad, and you can choose never to interact with them,” according to Activision.

“There are more than human Operators active within the Al Mazrah warzone; this is a living, breathing world with a number of AI combatants ready to defend their patch of land, all integrated into the fabric of the world,” Activision said. “If you choose to engage AI combatants, expect a different type of firefight compared to player versus player.”

There are likely even more differences between the two games that Activision did not announce at CoD Next. But we might have to wait to play Warzone 2.0 ourselves on Nov. 16 to find all of them.