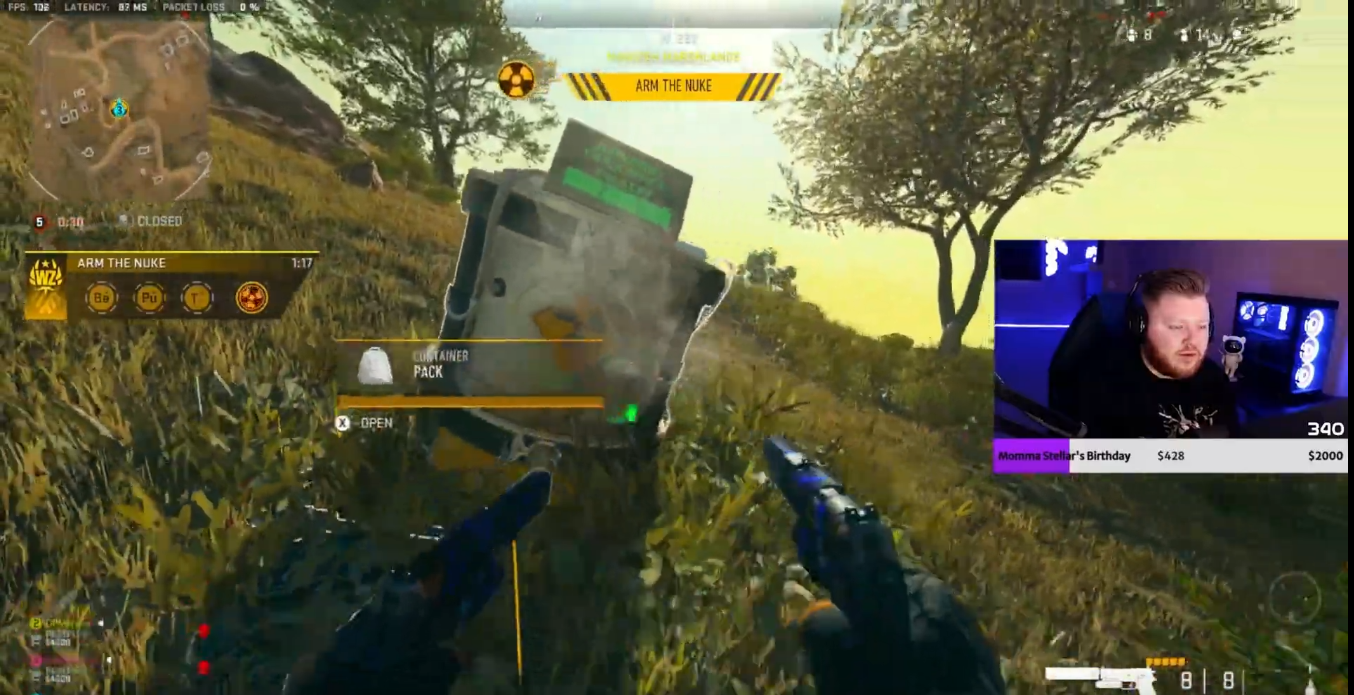 Call of Duty has had a big fall with the launch of Modern Warfare 2 and now Warzone 2. Both games have put players’ skills to the test, awarding those who are able to stand above the competition.

When Modern Warfare 2 was first released last month, fans got their first look at the latest Tactical Nuke killstreak. And now, a player has gotten the first Tactical Nuke in Warzone 2, something no one knew existed.

Twitch streamer Stellar posted a clip to his Twitter today, showing the end of him calling in the first nuke the game had ever seen. He counts down along with the timer and when it reaches zero, there’s a large bright light as everything is consumed. You can even see the bright white flash illuminate the room around him before the game ends, showing his trio as the winners.

This was a major accomplishment, with the tweet even receiving a simple “congratulations” from the official Call of Duty Twitter account. It’s unclear exactly how the team was able to earn the Tactical Nuke; even they aren’t sure how they got it to begin with. This has sent ripples across social media, with many streamers now attempting to go for the nuke themselves.

No one’s sure exactly how you get the nuke, only that it doesn’t seem likely to happen in each match. Some have suggested that players will need to get multiple wins before they can spawn a specific contract, but nothing is known for sure yet. However it’s done, it’ll likely be difficult to achieve for randomly queued teams.

There’s a notification on the side of Stellar’s screen that reads “Defend the Nuke,” so there may be something that players can do to keep the bomb from decimating the lobby. But once the nuke detonates, players will be toast before they even know what hit them.