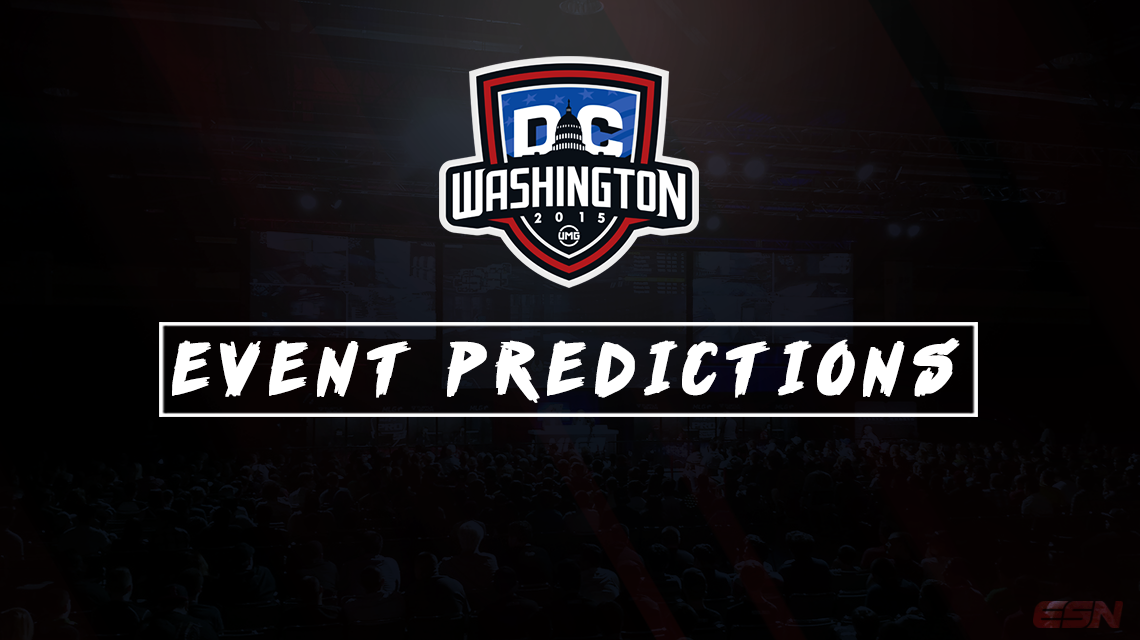 *Note that these are ESN staff predictions and opinions.

Similar to past UMG events, Pool Play will consist of four pools, with four teams per pool initially. Once Open Bracket play progresses far enough, four teams from the open bracket will advance into the pools, with one team going into each pool. At the end of Pool Play, the top two teams from each pool will advance to a double-elimination winners bracket, and the other teams will be staggered, by their placement in the pools, throughout the losers bracket. Once a team enters the loser bracket, only one loss is required to knock them out of the tournament.

For more information on when Pool Play and Bracket Play will start, go read our Event Preview.

The boys on OpTic should still be fuming. This team had the Gfinity Summer Championship in the bag and were ready to reassert their dominance as the best Call of Duty team of Advanced Warfare, but they blew it and FaZe Clan took advantage of their mistakes. Look for OpTic to play hot and win this group with no problem. Now it gets more fun. Apologies to Onslaught and whatever Open Bracket team gets in this pool, but all we need to watch here is the match between Rise and TCM. Rise have been performing well above expectations lately, and TCM still just can’t seem to get it together. This one could go either way, but since Aches is in such a bad mood, Rise should come out on top.

There was no other way to predict the top two from this pool. FaZe and EnVy will move on, no need to say anything else. It gets slightly more interesting as we move down the list, though only slightly. This VexX squad is a team to watch for according to many CoD eSports enthusiasts, but it just doesn’t feel like they have enough going for them. The have a shot at taking down Epsilon and, dare I say it, EnVy, if they play at their absolute best for all of Pool Play. There’s no reason to believe that will happen however.

This is the most unpredictable group of the tournament. Any team here could easily move on to the winners bracket, including the Open Bracket team. iSolation Empire may be the most consistent team here, but we haven’t seen this roster play together at a LAN since MLG Pro League Season 3 Relegation Tournament. We haven’t seen any of these squads, barring Team Kaliber and their disappointing performances at Gfinity and MES Detroit, at a LAN since UMG Dallas. There’s too much unpredictability, and too much could have changed in these teams’ playstyles. This group is one to watch.

Team eLevate could sweep this entire pool with ease. Coming off of one of the most dominant LAN performances of Advanced Warfare, this team seems tired of taking the backseat to OpTic and FaZe. Regardless of OpTic Nation’s inconsistent nature, they should escape this group without too much damage. Orbit and XGN simply haven’t shown enough strength to make anyone think that either of them should pose any threat to eLevate or OpTic Nation.

Before we get to the Top Four predictions, let’s take a look at the rosters of some of the impressive teams looking to make a run in the Open Bracket:

These squads are all talented teams to look out for if you’re interested in rooting for the underdog.

Could OpTic finally get back on top? Yes. Could eLevate continue to surprise people and take down OpTic? Yes. Do we think either of those things will happen this tournament? No. It’s impossible to bet against FaZe right now, and saying that another team will beat OpTic is downright mad. Our Grand Final will be a familiar scene, but eLevate and EnVy will find themselves in a better position than they were in the last major tournament these teams participated in. If eLevate can build their momentum from MES Detroit, OpTic and FaZe better watch out.

Do you agree with our Pool Play and Top 4 predictions? Which team do you think will do better than the ones we have predicted? Let us hear all your thoughts in the comments below, or let me hear it on Twitter – @esn_DeeGee. Stay informed over the weekend, and head over to our Twitter – @eSportsNation for all of the #SCUF50K coverage you need.