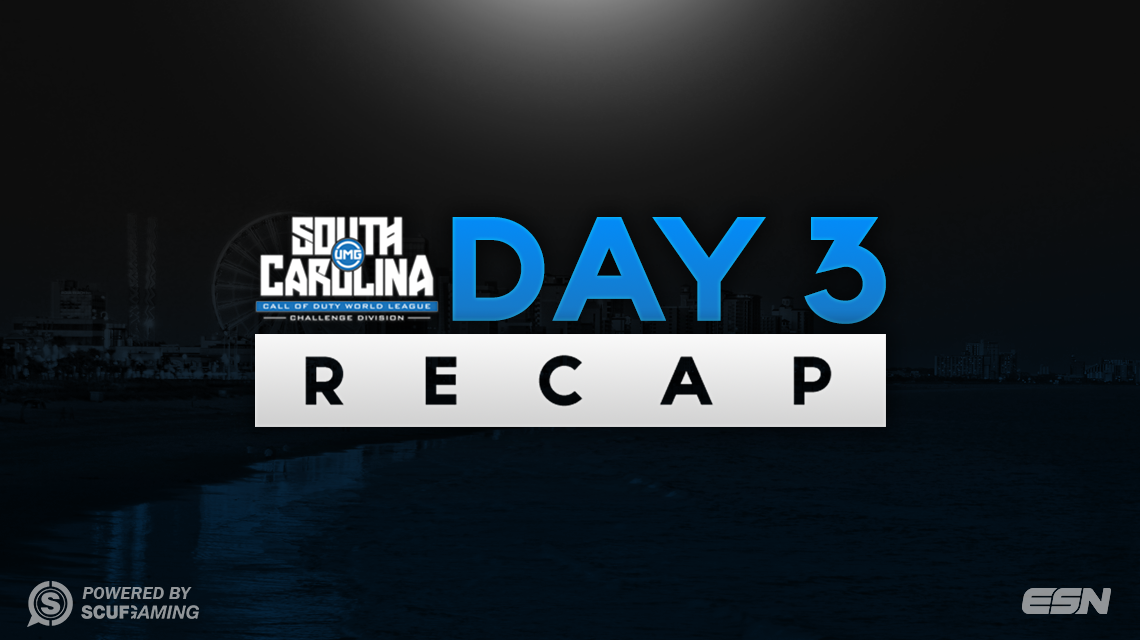 Championship Sunday of UMG South Carolina for Call of Duty®: Black Ops III has wrapped up, and it was a day full of upsets.

For the top four seeded teams at the event, today was the first day they were able to play any matches and that of course resulted in some rusty play. For the Open Bracket teams that qualified for the Call of Duty World League Championship Bracket, many played until 3 a.m. or later to qualify and then had to wake up at 8 a.m. for their matches. Basically, several teams were at disadvantages for many different reasons.

Nonetheless, the day was full of spectacular matches that everyone was interested to see, and it did not disappoint. Let’s take a look at today’s results.

Rise Nation wins UMG South Carolina 4-1 over Luminosity Gaming. Congratulations to Rise, as they came into this tournament with the #3 seed in the Call of Duty World League. Because of the tournament’s several delays, this team was unable to play a match until today, so they managed to win the event with practically no warming up. As the other top seeds were upset around them, the Rise players did not falter, winning their second Black Ops III LAN event.

Interested in seeing how other teams placed this weekend? Check our Open Bracket and Championship Bracket Final Placings articles. Did you enjoy the event? Let us know in the comments below or on our Twitter @eSportsNation and be sure to follow us to stay updated on all things eSports.