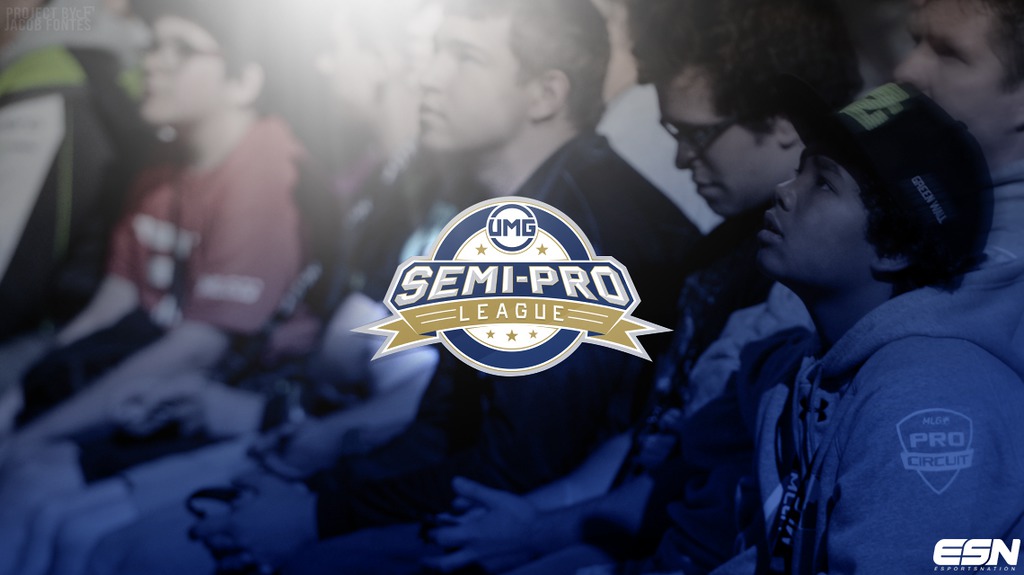 The UMG Semi-Pro League will be commencing in three days, featuring 12 Call of Duty teams that are not currently in the MLG Pro League.

Resulting from the first qualifier, which took place on December 19, we saw Dream Team, iLLmatic Gaming, Team Revenge, and Stunner Gaming get top four and initially qualify. dT placed T12 at MLG Columbus and UMG Orlando, which should bring some good competition to the league. tR competed and placed T8 at Call of Duty Championships in 2014 for Ghosts, and placed T18 at UMG Orlando. iLL was recently formed and competed at their first events during MLG Columbus and UMG Orlando and placed T24 both times.

STNNR placed T16 at MLG Columbus and then acquired one of the best young players in the game, Huke. They made a huge run during UMG Orlando and placed 2nd after losing to OpTic Gaming in the Grand Finals.

As for the second qualifier that was on December 30, another four teams found their way to secure a spot. The teams that were able to get top four were Strictly Business, iSolation Empire, ESPORT Collapse, and Emperfection.

sB has encountered many roster changes since Champs last year and they are finally finding a solid group of four. They placed T8 at Columbus and T12 at UMG Orlando with a completely different roster. iSo picked up the roster of Carnage for UMG Orlando and actually started the tournament as one of the 16 teams in pool play. ESPORT.Collapse is a relatively new squad backed behind long-time veteran Tuquick. The last team to secure a spot was EmP, who placed T28 at Columbus and Orlando under Talont Gaming.

This past weekend at Orlando, the last four spots were up for grabs to the highest placing teams that were not in the MLG Pro League. sYn was able to get the first spot by placing a very impressive T6 at Orlando. They had been accompanied by MBoZe after his release from OpTic Nation.

Team EcHo Gamers took the second spot by placing T16 at Orlando with veterans Saintt and Gucci leading the team. Revolution eSports was the third team to secure a spot with a T26 placing at Orlando. The final spot was actually a tie between Relapsed and Unorthodox. They both placed T28 at Orlando and had to play each other one last time to see who got the final spot. Relapsed came out victorious.