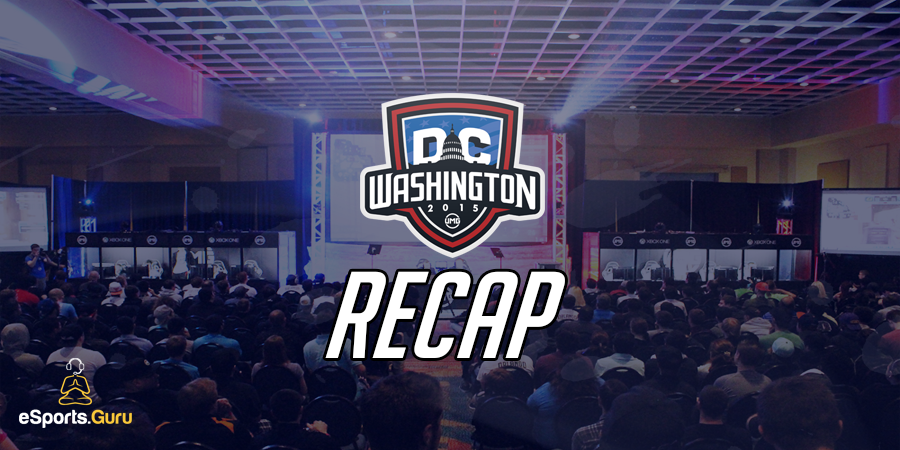 UMG DC 2015 took place this past weekend, Sep. 4th-6th, and a familiar face reigned victorious once more. In case you missed the event, here’s a quick recap of how things went down and a few of the main storylines from the tournament.

We’ll start with the champions.

10 TIME CHAMPS in AW! Thanks to all the true Fans who supported us through thick and thin! #GREENWALL #AstroFamily #Lootcrate #ScufGaming

Yes, it is true. OpTic Gaming is back on top. They have reasserted their dominance, and shown that they truly are the best professional team in Call of Duty: Advanced Warfare, for the time being. The Grand Final was something we have grown accustomed to: OpTic with a swift 3-0. Denial eSports never really had a chance.

That brings me to the next order of business: the team that almost beat OpTic. When I say almost, I mean it, and when I say the team, I mean the only team in the entire tournament that even came close. OpTic and EnVy faced off in the Winner’s Bracket Semifinals, and it was probably the most interesting match of the tournament. EnVy took the first two maps off of OpTic by the narrowest of margins, but they did it. They were up 2-0 in the series, one map away from knocking OpTic down into the Losers Bracket. Then OpTic remembered who they were. By no means did they destroy EnVy after that, however, as each of the final three maps were extremely close. After the loss to OpTic in Game 5, EnVy defeated iSolation Empire 3-1 and then fell to Team eLevate 1-3, as they exited the tournament.

As you may have guessed earlier, Denial was the squad that OpTic took down in the Grand Final. OpTic actually defeated Denial 3-0 twice, once in the Winners Bracket Final and once in the Grand Final. It was not a matter of Denial being unskilled. The problem they faced was OpTic’s playstyle and not being able to correctly adjust to the decisions OpTic made. Looking very strong against every other team in the tournament, Denial just couldn’t quite put it together against OpTic.

The Red Rebellion fell short once again. Team eLevate, try as they might, just can’t seem to break into a Top 2 placing. After winning their pool and advancing to the Winners Bracket Semifinals, they lost to Denial in a Game 5. In the Losers Bracket, eLevate defeated Team Kaliber and Team EnVy 3-1 before falling once again to Denial in a Game 5. The team just could not seem to close it out, and they ended up placing third in the event.

If you didn’t watch the event, you’re probably trying to figure out why FaZe has not been mentioned in this article yet. Well, it’s because they placed Top 8. In a series of incredibly odd events, Team JusTus won Pool B, FaZe’s pool, and FaZe did not advance into the Winners Bracket from Pool Play. They were set to make a Losers Bracket run after defeating Team JusTus 3-1, but hit a snag when they faced iSolation Empire. As I’m sure you’ve guessed by now, iSo took FaZe out of the tournament, defeating them 3-2. The winners of the last two major Call of Duty events were done at this event.

Did any teams surprise you? How did your favorite team do? Let us know in the comments below, on our Twitter @eSports_Guru, or on my Twitter  @esn_DeeGee . Be sure to follow us to keep up with all things eSports.