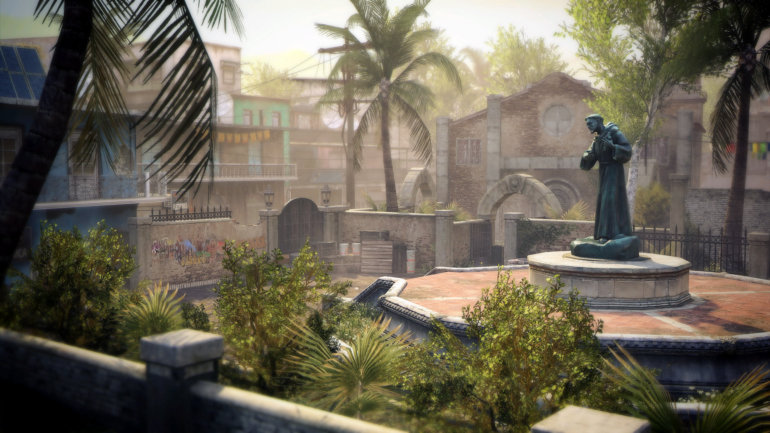 In the days leading up to the highly-anticipated release of Call of Duty: Black Ops 4, Treyarch has been teasing the community with little trailers of maps in the upcoming game.

Today, the developer tweeted a short teaser of Slums, a fan-favorite map from Black Ops II that will be remastered in the franchise’s next game.

It’s no secret that Slums will be a part of Black Ops 4—Treyarch confirmed in June that it’s one of the maps from a previous Call of Duty title that will be remastered in Black Ops 4. Slums will be joined by Jungle, Summit, and Firing Range from Black Ops as remastered maps available at launch in the upcoming title.

Of course, there will also be several new maps in Black Ops 4. These include Arsenal, Contraband, Frequency, Gridlock, Hacienda, Icebreaker, Morocco, Payload, and Seaside. This means that at least 13 multiplayer maps will be available in Black Ops 4 at launch.

Not only was Slums a fun map in public multiplayer, but it was also a staple in the competitive format for Black Ops II. Many longtime Call of Duty esports fans hope that this will be the case once again in Black Ops 4, which will become available worldwide on Oct. 12.