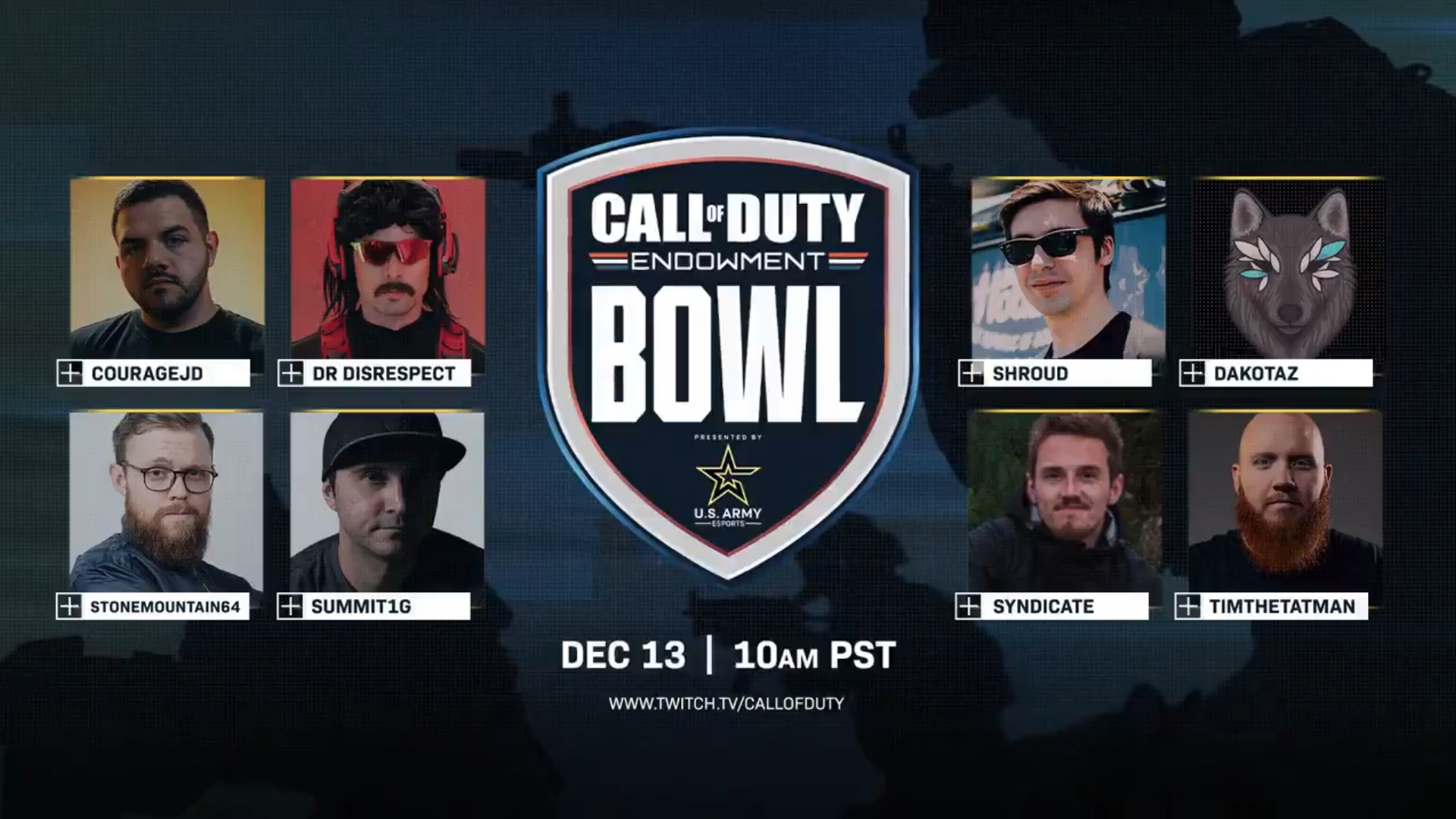 Some of gaming’s most popular creators will be teaming up for a good cause next week in the Call of Duty Endowment’s CODE Bowl in Modern Warfare.

Eight teams will be featured in total, captained by the creators. They’ll play alongside two members of the U.S. Army Esports team, who are also active duty in the military.

“The CODE Bowl is an exciting new way for the Call of Duty community to engage with world-class streamers and gain awareness about the value of military service,” said Dan Goldenberg, executive director of the Call of Duty Endowment. “We couldn’t be more excited to be partnering with U.S. Army Esports in this endeavor.”

The event will also feature Brett “Dakotaz” Hoffman, David “StoneMountain64” Steinberg, Jaryd “Summit1g” Lazar, and Tom “Syndicate” Cassell. All participants will be raising money in their individual streams leading up to the event.

The CODE Bowl begins on Dec. 13 at 12pm CT on the Call of Duty Twitch channel.