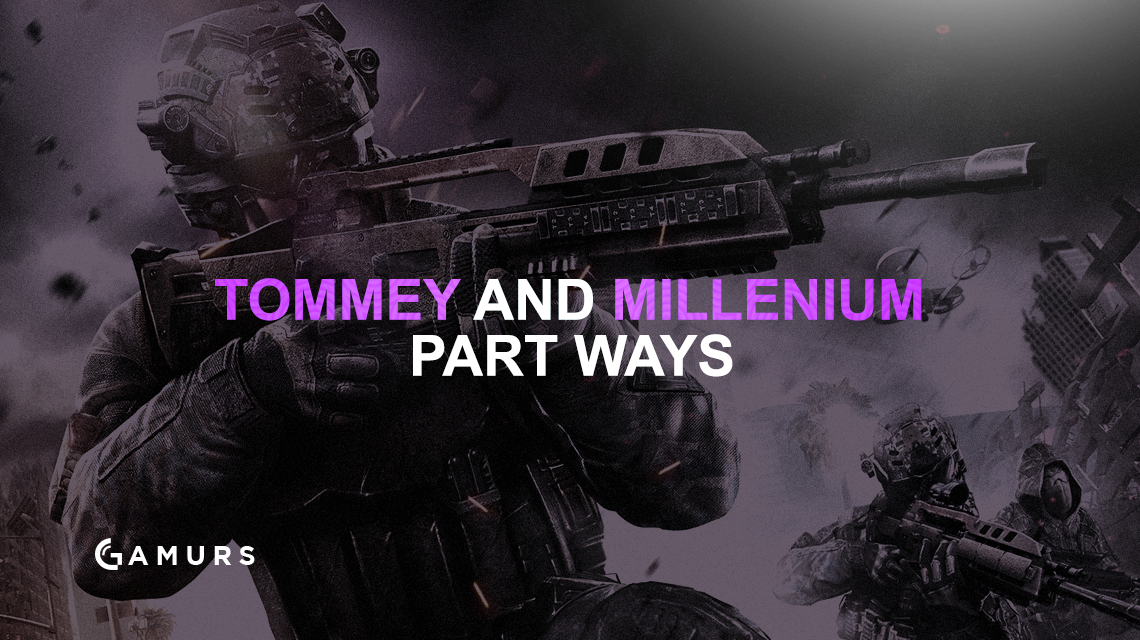 European Call of Duty player Tom “Tommey” Trewen announced via Twitter today that he would be parting ways with Millenium after spending the 2015-16 season of Black Ops III with the organization.

No longer part of @MilleniumEsport. They’ve decided to go down a different path and look for something new. (cont) https://t.co/0iZJ4JF3lx

Tommey went on to thank the organization and say that they should have an announcement regarding the rest of their team in the coming days. Millenium placed 9th-12th at Call of Duty XP this year.

“We had a great year bar the little bumps in the road and I wish them well with their next adventure,” said Tommey. “So that means going into IW, I’m a F/A and also looking for an organisation to represent.”

Where should Tommey go next? Who should Millenium replace him with? Let us know in the comments below and follow @GAMURScom on Twitter for further esports coverage.