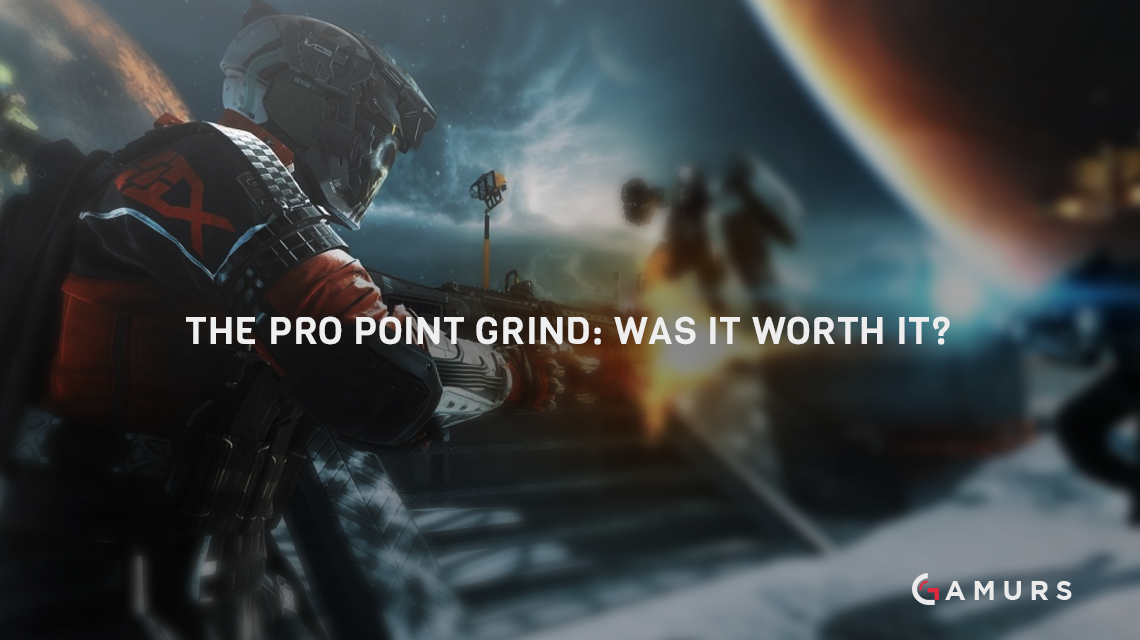 Ever since MLG Vegas, professional Call of Duty players have been grinding. No, they aren’t specifically practicing for the next event, which is still a month away. They are playing matches on the GameBattles team ladder to earn Call of Duty World League Pro Points.

For each match win, players earn five CWL Pro Points. When compared to the number of points earned at LAN events, like MLG Vegas, five pro points per match is a measly number. Just look at the Infinite Warfare Pro Points standings and you’ll understand. The number one team on the North American list, Rise Nation, has 42,460 pro points as a team (at last count), so just over 10,000 pro points per player. The team earned the vast majority of those pro points, 40,000 to be exact, as a result of winning MLG Vegas. They have gained very little since then, probably because they have such a comfortable lead over the second place team, Cloud9, who has 31,085 combined after placing second at MLG Vegas. Cloud9, however, has been playing a very large number of GameBattles matches and currently sits near the top of the team ladder. They too have a very comfortable lead over the third place team, OpTic Gaming.

The top of the standings is not where the pro point grind really matters. At the intersection of the MLG Atlanta pool play cutoff, differences in pro points between teams becomes slim. Teams in this region of the standings have no legitimate shot at outranking the top eight or so teams (it would take 8,000 ladder wins to amass 40,000 pro points and overtake Rise Nation), but they can outrank teams near them.

Teams can make significant moves, however, thanks to the recently announced 2K tournaments. Three tournaments will take place on three consecutive weekends for each region. The first started a few minutes ago, at 12:00 p.m. EST on Jan. 8.

In 2K tournaments, the top team earns 2,000 pro points per player, giving them 8,000 as a team. The top 32 teams will earn varying amounts of points. It is through these tournaments that teams on the edge of qualifying for MLG Atlanta pool play can really make a statement.

Was the pro point grind worth it?

In a sense, yes. Before the 2K tournaments were suddenly announced, players had no other options. They could either grind pro point matches to earn for themselves, or they could sit out and hope to make a run in the open bracket in Atlanta. It’s all about seeding, which is also important for the 2K tournaments. But even though every player hoping to succeed in Infinite Warfare is playing GameBattles matches, that doesn’t mean they are enjoying it.

This 5 pro points per GB match is the worst system possible. Forces you to have bad practice and rewards you simply for playing more.

Been playing so many gbs i dream about +5s on my gb profile.

While North American and European players have been on GameBattles day and night, APAC teams have barely even touched the platform. For them, there isn’t much to look forward to. No teams attended MLG Vegas, no teams are guaranteed a pool play spot in Atlanta, and no regional events have formally been announced. The pro point grind is essentially meaningless in APAC. The only guarantee they have, right now, is that one team from the region will be included in the Global LAN League later this spring.

From a professional player’s perspective, grinding for pro points gets dull. They typically destroy most teams they face, and therefore, do not gain anything. Every once in awhile, they might face another professional team, and that serves as good practice, but it’s not common. It is, however, very useful for amateur players. For them, it’s motivating to have the chance to face off against the pros. As a result, GameBattles has been especially active.

Gaining pro points through GameBattles has lost some of its importance thanks to the 2Ks and upcoming LAN events, but teams in need of more pro points will continue working their way up the ladder. However, with upcoming events, teams will need to spend more time practicing, and hopefully less time on Twitter complaining.