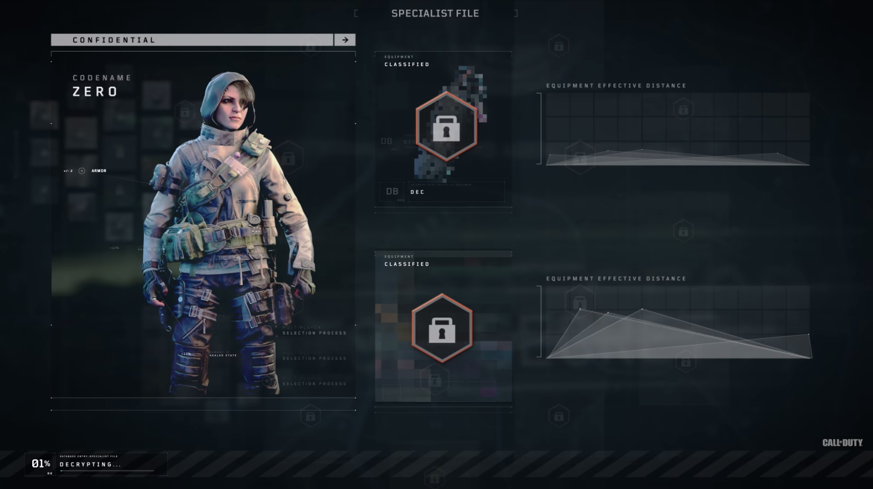 A big update is coming to Call of Duty: Black Ops 4 this week.

Operation Absolute Zero is set to hit Black Ops 4 on PlayStation 4 tomorrow, Dec. 11—and Treyarch just released a trailer for the event.

The trailer shows off the game’s first post-launch Specialist, Zero, who can “disrupt and distract her enemies” using her hacking tools, according to Treyarch. Her Specialist Equipment is called Disruptor, and it seems like an EMP Grenade that can affect enemy equipment or scorestreaks. Her Specialist Ability is Icepick, which appears to let Zero hack or destroy certain objects.

Players will be able to unlock Zero by completing the first tier in the newly-revamped Black Market system, which will only have 100 tiers, compared to the 200 it previously had.

The trailer also showed off Hijacked, which is a fan-favorite map from Black Ops II that’s being added to Blackout. And the trailer makes it seem like this area of the Blackout map will make long-time Call of Duty fans feel nostalgic. A new vehicle, the ARAV, is also set to be added to Blackout in this update.

There’s a lot to be excited about with Operation Absolute Zero, and it all starts tomorrow on PS4.