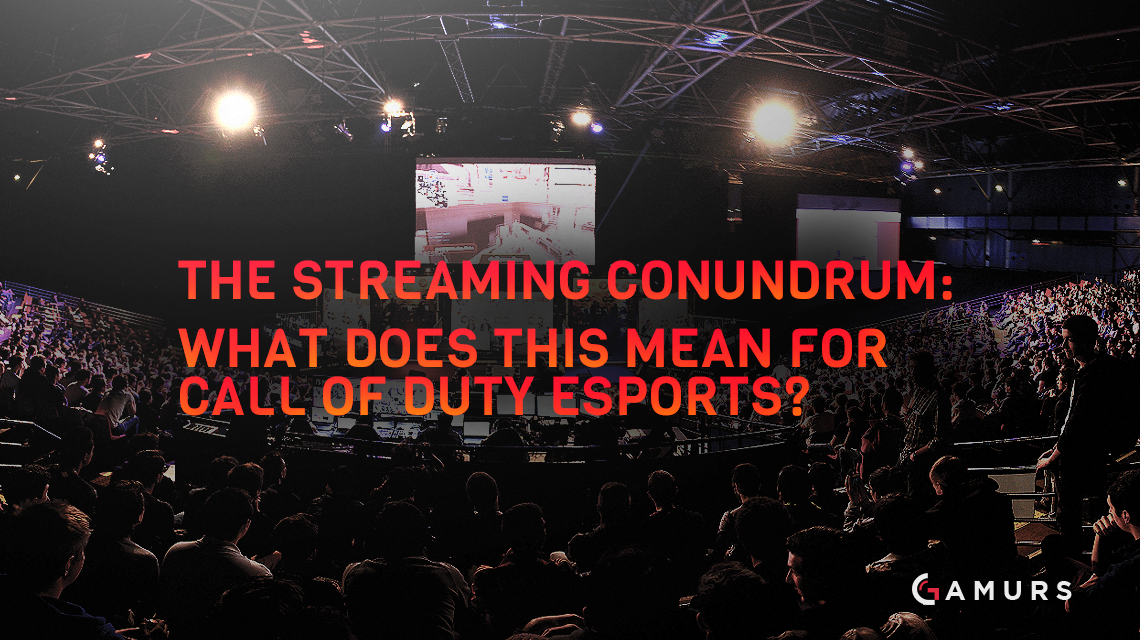 *Disclaimer: This is an opinion piece*

Well, folks, it’s that time of year again. The snow’s on the ground, the air is nippy, and a new Call of Duty game has been released. It’s time for the first major event for Call of Duty: Infinite Warfare, and there’s no doubt in my mind that it’s going to be a memorable one. With that in mind, there’s no better setting than the hot sun, expensive cars and luxurious casinos of Las Vegas.

With all signs are pointing to this being one of the most memorable events we’ve seen in Call of Duty esports history; it could go down as one of the greatest, or one of the worst, events that have ever been put on for Call of Duty. It’s the first of many major tournaments that will take place during the life cycle of this game, which means there’s a ton at stake for every team that’s competing and so much that could change the future of Call of Duty Esports during this tournament.

One potentially huge detriment that could elad to the event being negatively remembered is the announcement of the new “global distribution partnership” that Major League Gaming has with YouTube. Thanks to this partnership, MLG.tv and YouTube will be the only platforms carrying this event.

If you didn’t already hear about this news or you don’t really care, you’re forgiven. It’s not immensely interesting or sexy to talk about streaming and distribution rights, and most people don’t give it a second look. That said, it’s extremely important in esports, and particularly Call of Duty esports. When an esports event happens, the number of viewers that tune into an event is recorded (peak, average and unique viewers) and used as marketing numbers to reach out to sponsors and possible partners. With each additional viewer, the potential for monetization grows, and so do the number of opportunities for growth of the esports scene. Additionally, growth trends are also major marketing opportunities that can net big, juicy sponsors.

That’s why streaming rights and distribution are so darn important. They directly affect the viewership and growth of an esports scene: they can raise it up to the point of mainstream recognition, or bring it crashing down to where the only “major” events that ever happen anymore happen on Tuesday nights in some gaming bar somewhere.

There is no denying it: Twitch is the current home of esports. There is no other place on the internet with more fans and viewers of each kind of esports events, and viewers of one type of esports event are likely to tune in and watch other esports. Additionally, those one-time viewers often become long-term fans. (That’s how I got into watching League of Legends and Counter Strike: Global Offensive, after all.) YouTube has almost no dedicated esports streaming presence; while esports Video-on-Demand coverage does exist and tends to be well viewed on YouTube, it isn’t a place where esports fans hang out and binge watch whatever esports event is on at the moment. That’s partially due to the VoD nature of the site, as well as the difficulty involved with finding various streams to watch and the lack of esports live content available. People who want to watch MLG Vegas will watch MLG Vegas regardless of where it is streamed, but with the event being streamed exclusively to MLG’s proprietary platform and YouTube, both the number of viewers who either don’t typically or actively follow the Call of Duty esports scene and the number of new viewers will be likely considerably lower than usual.

That’s not all. If viewership is excessively low this event, it could rouse a new chorus of everyone’s favorite song, “Call of Duty Esports Is Dying (fa-la-la-la-la, la-la-la-la)” I’m allowed to make Christmas puns). That could decrease new viewership or discourage repeat viewership. Let’s also consider the idea that this is likely a test balloon on the part of YouTube, to see whether they want to extend this partnership beyond MLG Vegas and into the future. If I’m wrong and viewership is higher or equal to the expected number, then YouTube could have an exclusive relationship with MLG and Activision, which could be horrendous for the future of Call of Duty as it would isolate the scene and likely cause massive viewer decreases.

I want MLG Vegas to be a huge hit, but I don’t want our scene to suffer because of it. This new streaming and distribution agreement is likely a lose-lose situation for Call of Duty esports, and that makes me very concerned for our future. There’s nothing we can do about that now, though, so I guess it’s just time to hope and pray that enjoying this event won’t come back to bite us.

What are your thoughts on MLG’s and YouTube’s ditribution rights agreement? Let us know in the comments below or by tweeting us @GAMURScom.